For the first two weekends of August, the sounds of jazz fill Martin Luther King Jr. Park during the annual Pine Grill Reunion.

This year’s reunion is the 29th annual, and at just under 30 years, the reunion has been going on longer than the club was open.

A small joint near the corner of Jefferson and East Ferry, the Pine Grill was bursting with musical energy during the heyday of Buffalo’s jazz scene. Some of the biggest acts in music played the Pine Grill in the ’50s and ’60s.

In his autobiography, R&B legend Teddy Pendergrass wrote that he knew that going into the Pine Grill meant he didn’t have to put on a tux and a smile.

“For the crowd at Buffalo’s Pine Grill, it was the Temptations’ ‘Get Ready’ and gettin’ down ‘n’ funky, undoing your tie, and letting them see you sweat,” he wrote in the 1998 book.

When a big out-of-town act finished its gig at some bigger place, they often wound up having a drink and enjoying the music and the vibe in the intimate and gutty-feeling Pine Grill.

The music doesn’t pour out onto the street at the corner of Jefferson and Ferry anymore. In fact, spot where the Pine Grill stood has been a parking lot for the drug store next door for at least 30 years now. 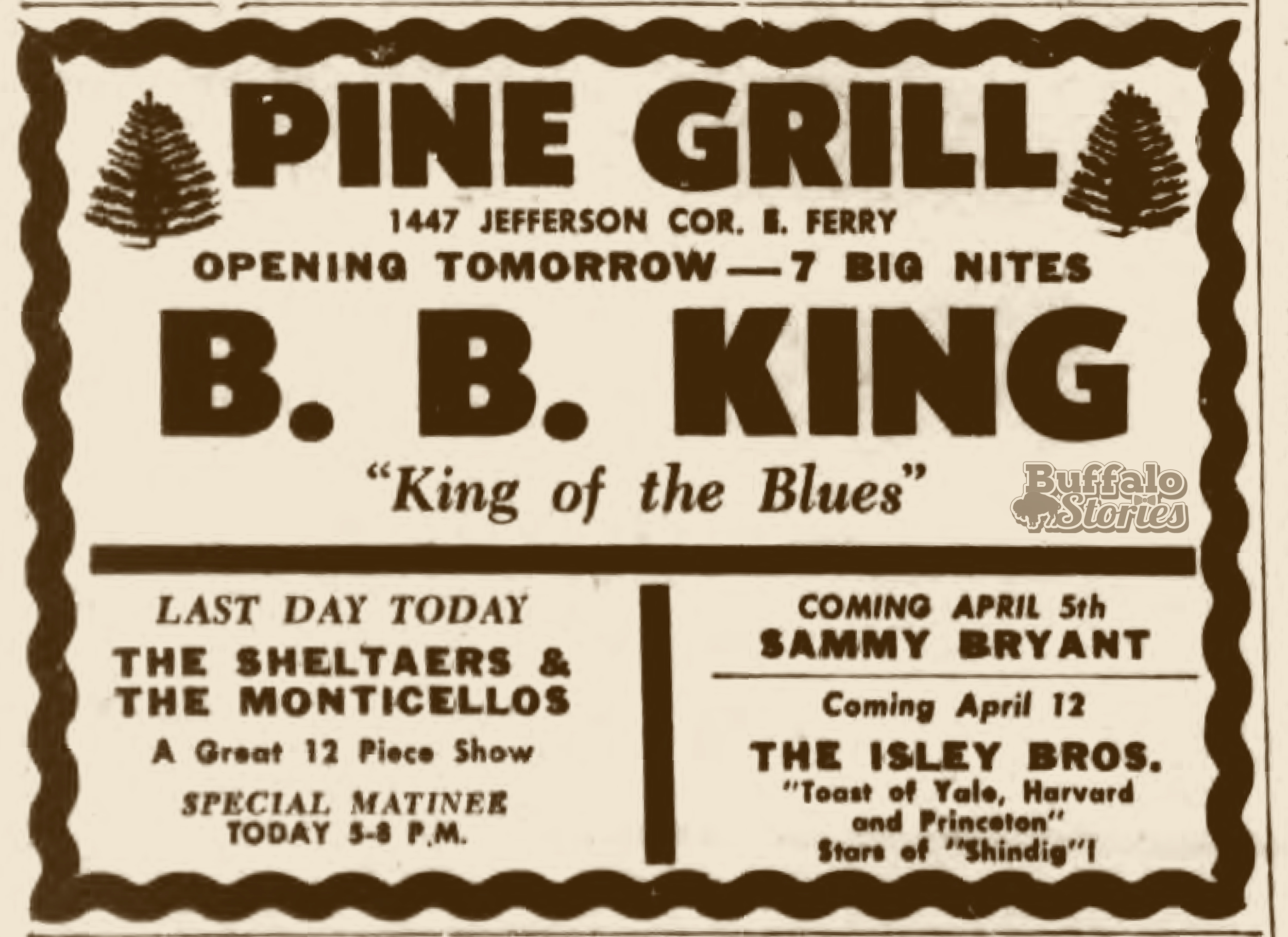