In the wake of World War II, there was a nearly five-year period where no American passenger cars were being built. As the war effort gave way to renewed consumerism, Buffalo’s Ford Assembly Plant saw its first postwar car roll off the line in September 1946. 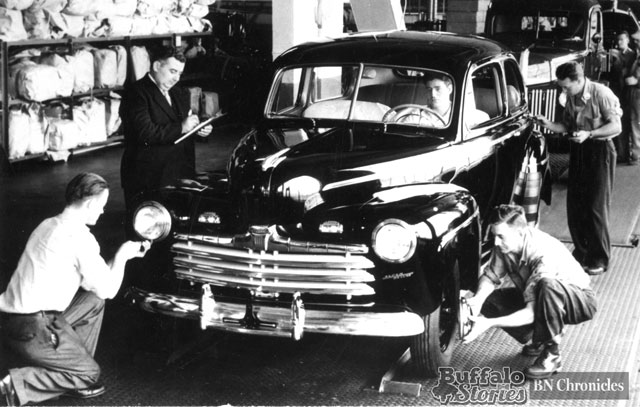 The plant was built on Fuhrmann Boulevard in 1930 to replace Ford’s facility on Main Street in Buffalo. Six hundred thousand Model T Fords were built in the building known now as the Tri-Main Center and shipped off on the adjacent New York Central Beltline railway. 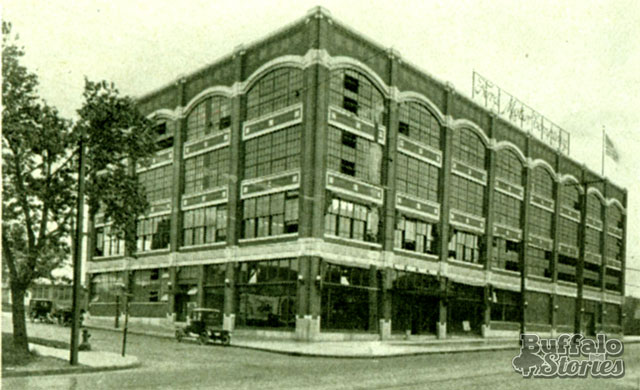 About 1,400 workers lost their jobs when Ford closed the Buffalo Assembly Plant in 1958. It was replaced by a new facility in Lorain, Ohio.

Ford’s nearby stamping plant remains in operation to this day, having turned out body parts for many different cars through the years, including the then-new Ford Escort, shown here in 1980 with Mayor James D. Griffin behind the wheel. 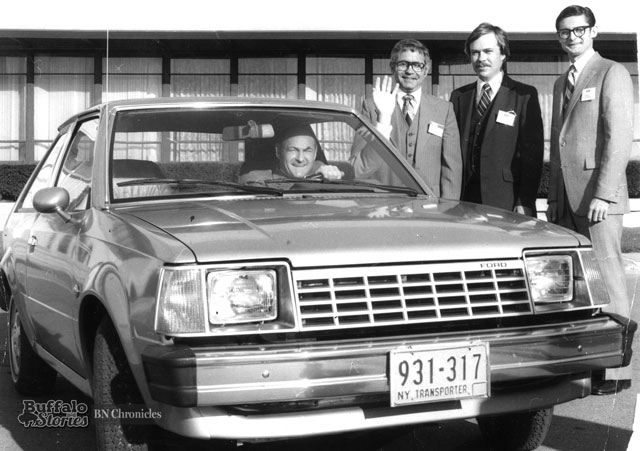