In July 1955, a group of Ohio housewives had prospecting fever, after a friend in Canada mentioned they found what they thought was uranium in an abandoned mine. The women, Geiger counter in hand, traveled to a spot 200 miles northeast of Toronto, found radiation, and staked their claims to millions. 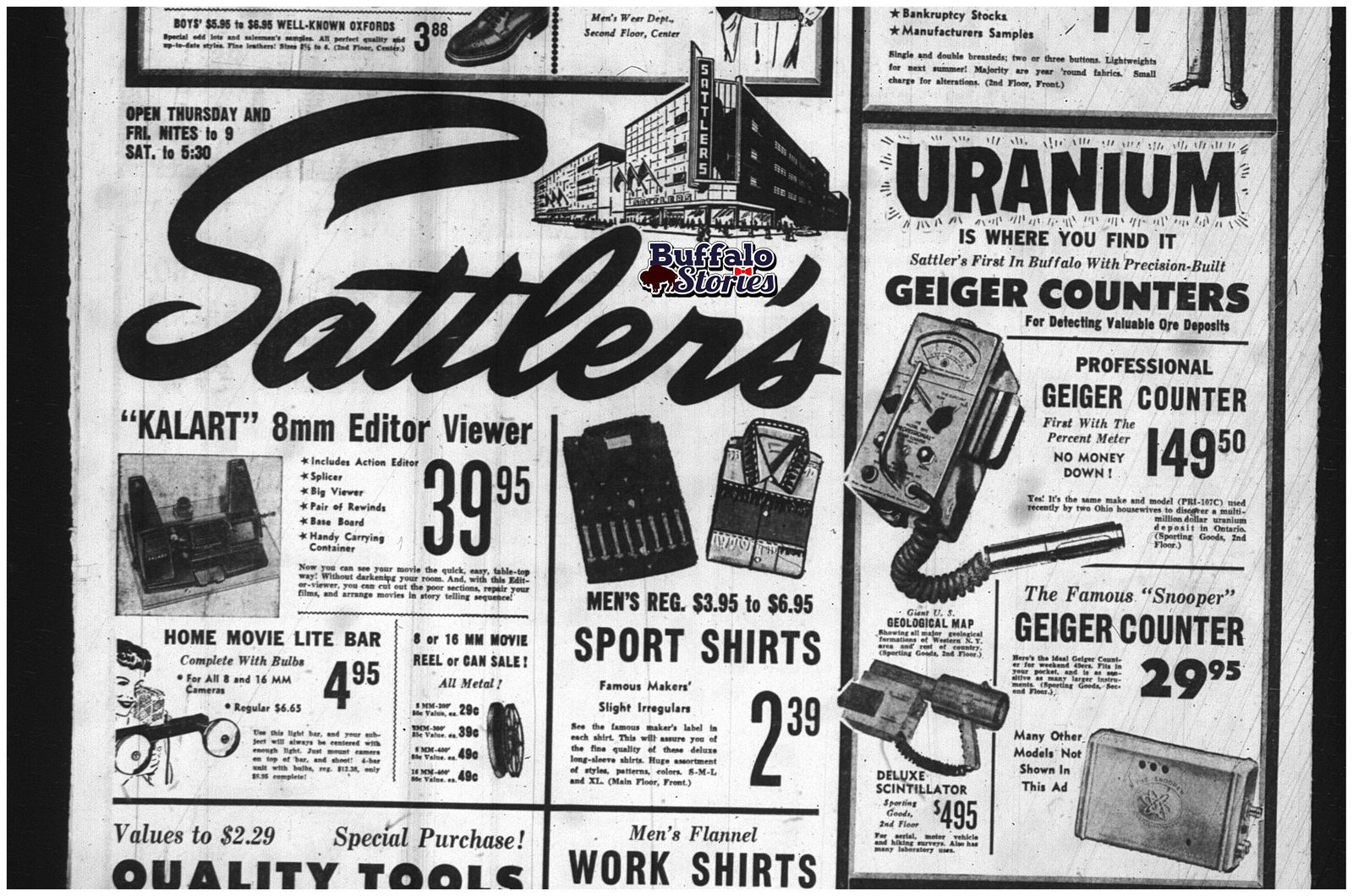 Trying to angle in on the hopes of Buffalonians, within weeks of write-ups in all the papers and magazines about the discovery, Sattler’s had a full array of radiation detection equipment available.

Make no mistake, buying the equipment to check your own property for uranium—or to run up to the Canadian brush to stake a claim there—wasn’t cheap. The featured $149 machine would roughly cost $1,300 in 2015 dollars according to federal government calculators. The scintillator, which gives more advanced breakdowns of radiation, was $4,400 in today’s money.

As the jingle famously reminded us, “shop and save at Sattler’s, 998 Broadway.”