Had you walked into one of the 31 Your Host restaurants that filled the Niagara Frontier with a quick inexpensive meal and a pretty good cup of coffee, this is the menu you would have been handed as you slid into a booth or onto a stool at the counter. 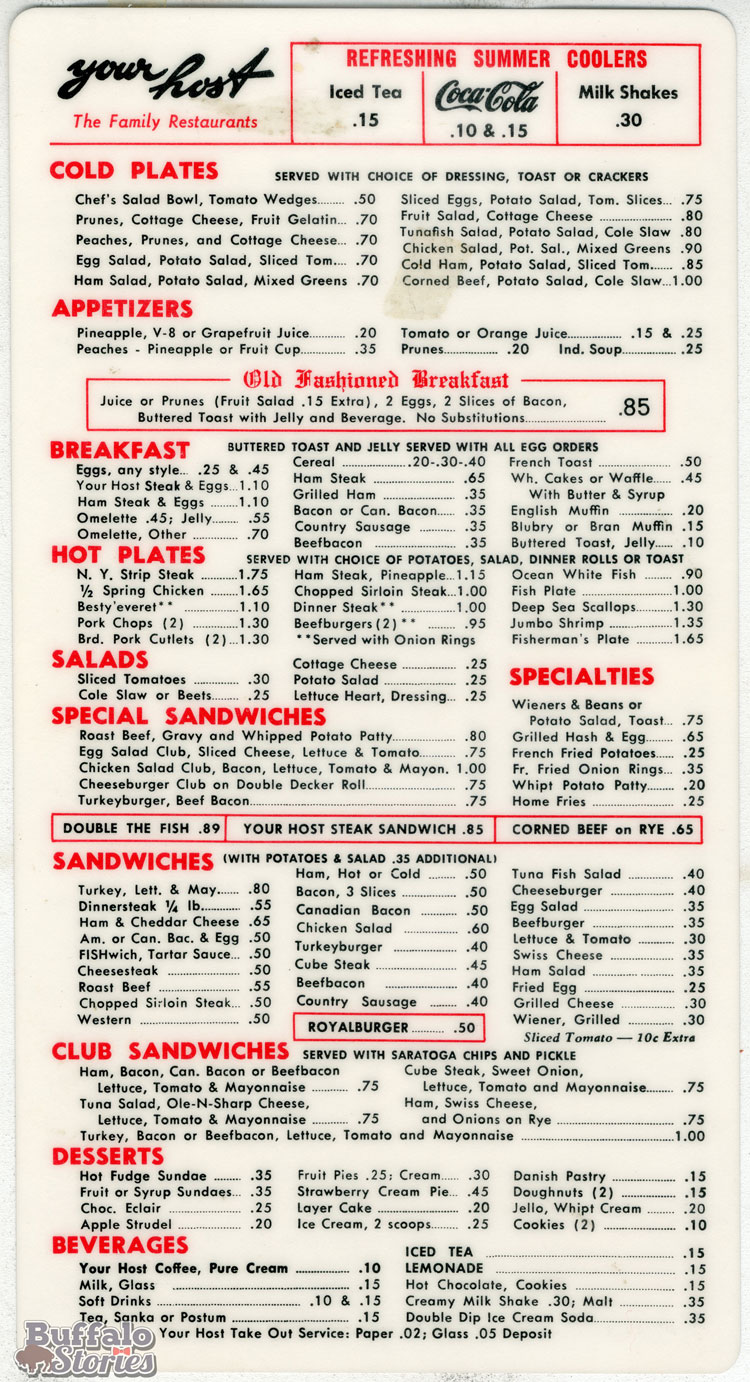 Alfred Durrenberger and Ross Wesson started the Your Host empire with a hot dog stand on Delaware Avenue in Kenmore in 1944, and grew it over the next two decades into the large restaurant chain generations of Western New Yorkers remember. 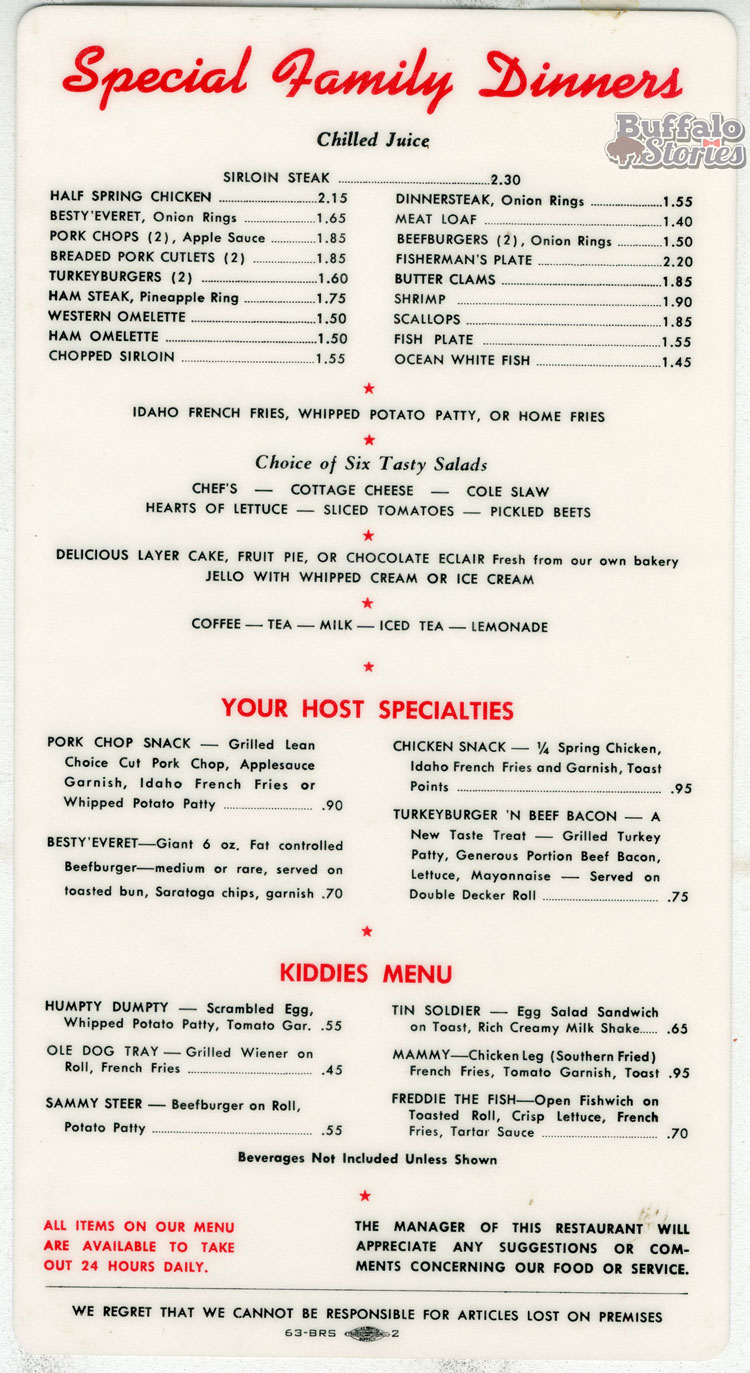 In 1965, Your Host was slinging 27,000 of the burgers which started at 35 cents on the menu above. Around a decade later, when the menu below was in use, there were a growing number of places to get a burger cheaper and faster. 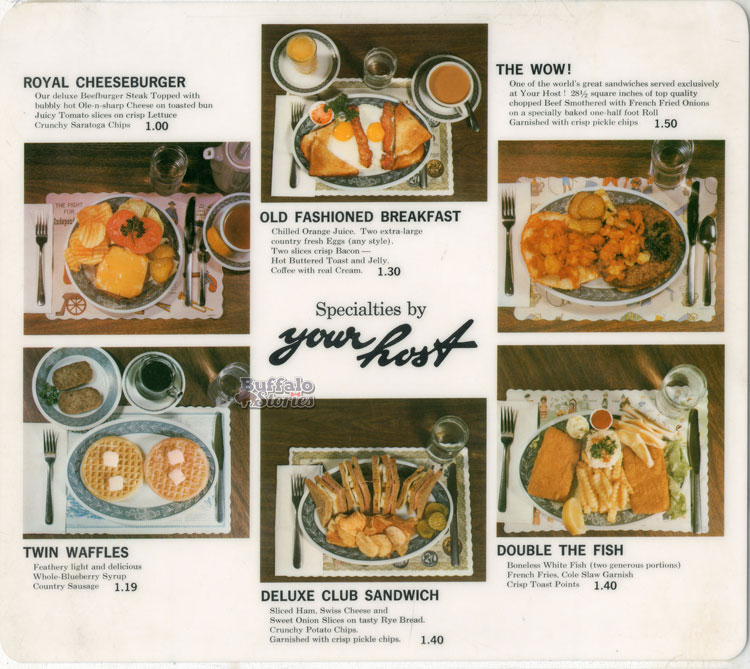 Photos of the (Buffalo Stories archives)

The ’70s and ’80s weren’t kind as fast food and national restaurant chains began to hone in on Your Host’s customers, and the local institution limped into the ’90s. 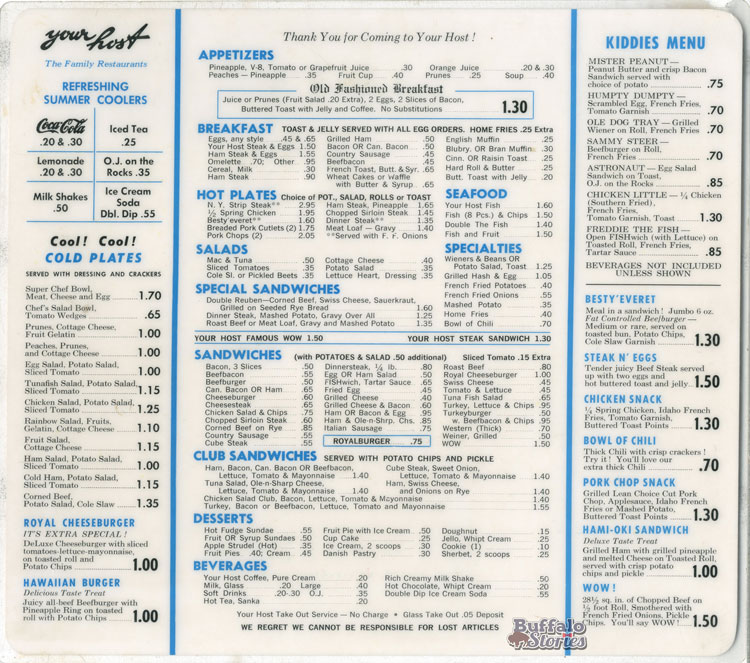 The last 11 Your Host restaurants closed up for good in 1993. 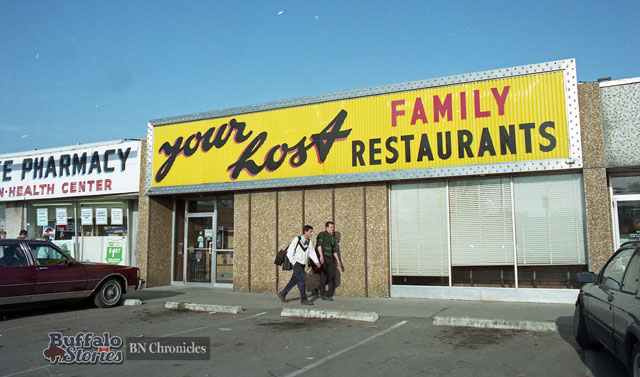 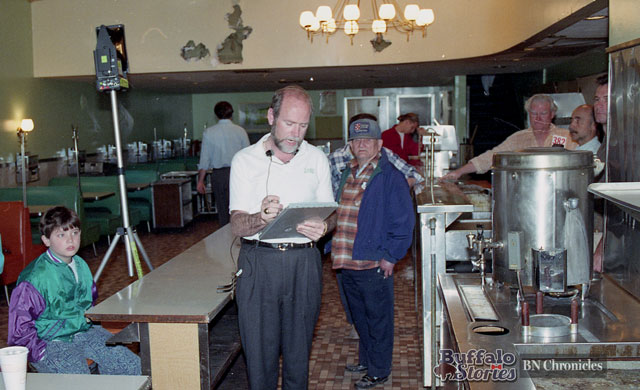 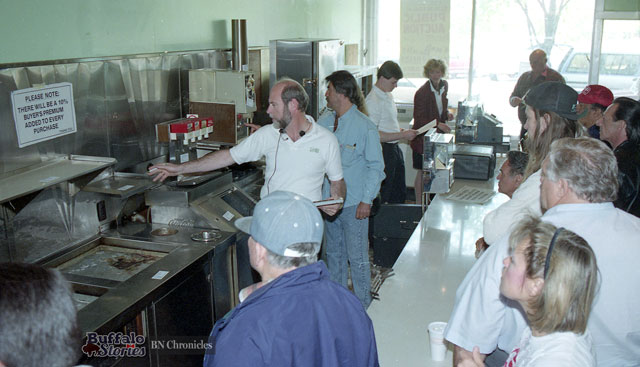 Fifty years ago this week, if you were looking for a quick bite to eat in Buffalo, chances are that one of the 31 Your Host restaurants crossed your mind as a possibility. 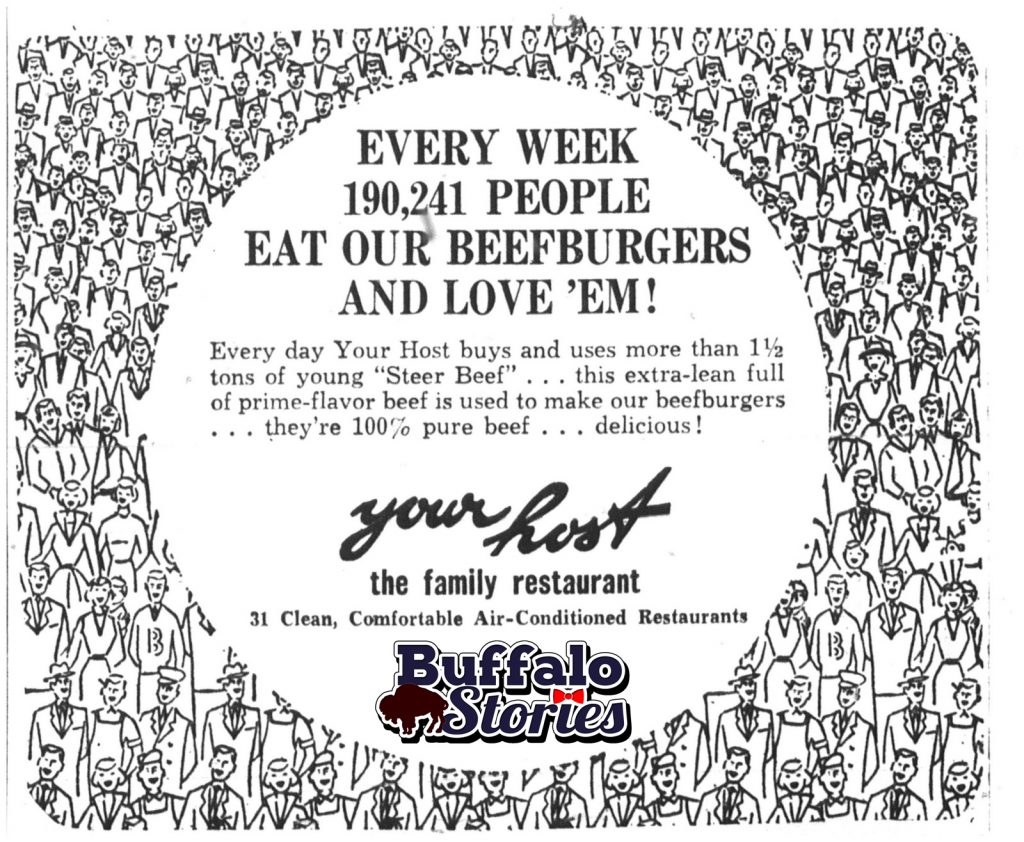 At a time when eating out might have been more of a gamble, Your Host promised air conditioning, 100 percent beef and real cream for your coffee. 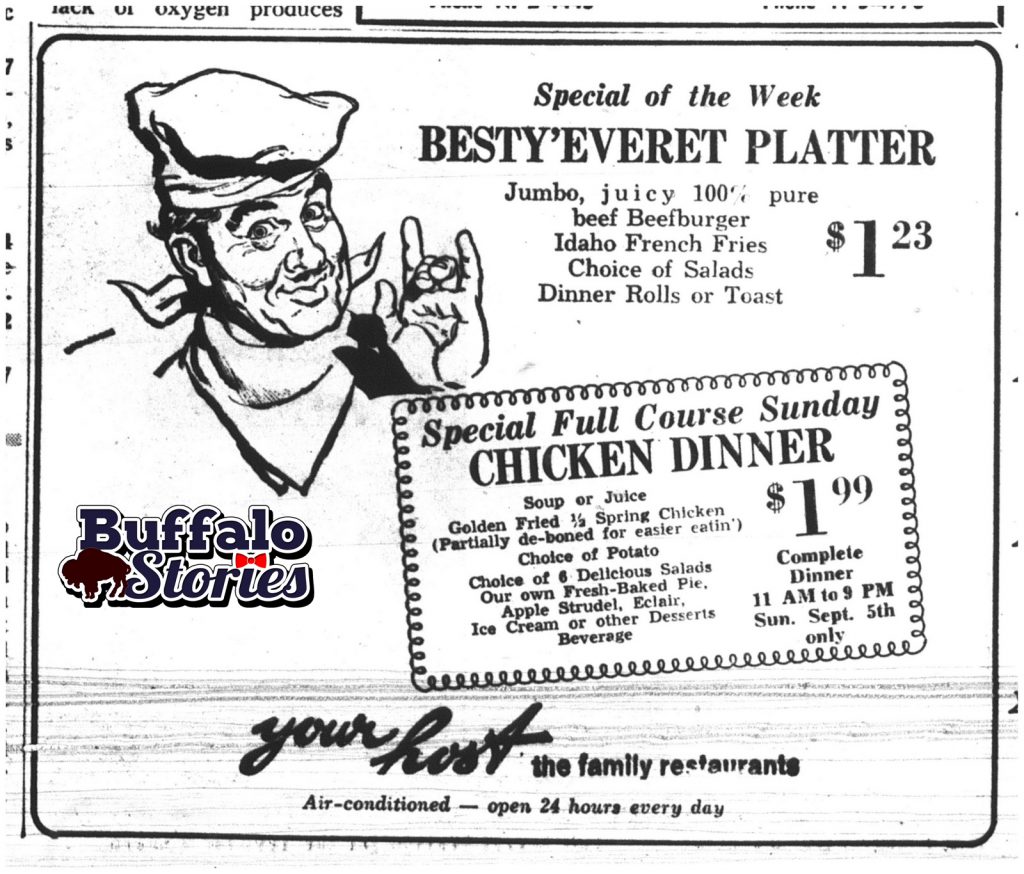 These ads all appeared in The Buffalo Evening News during the week of September 6, 1965. 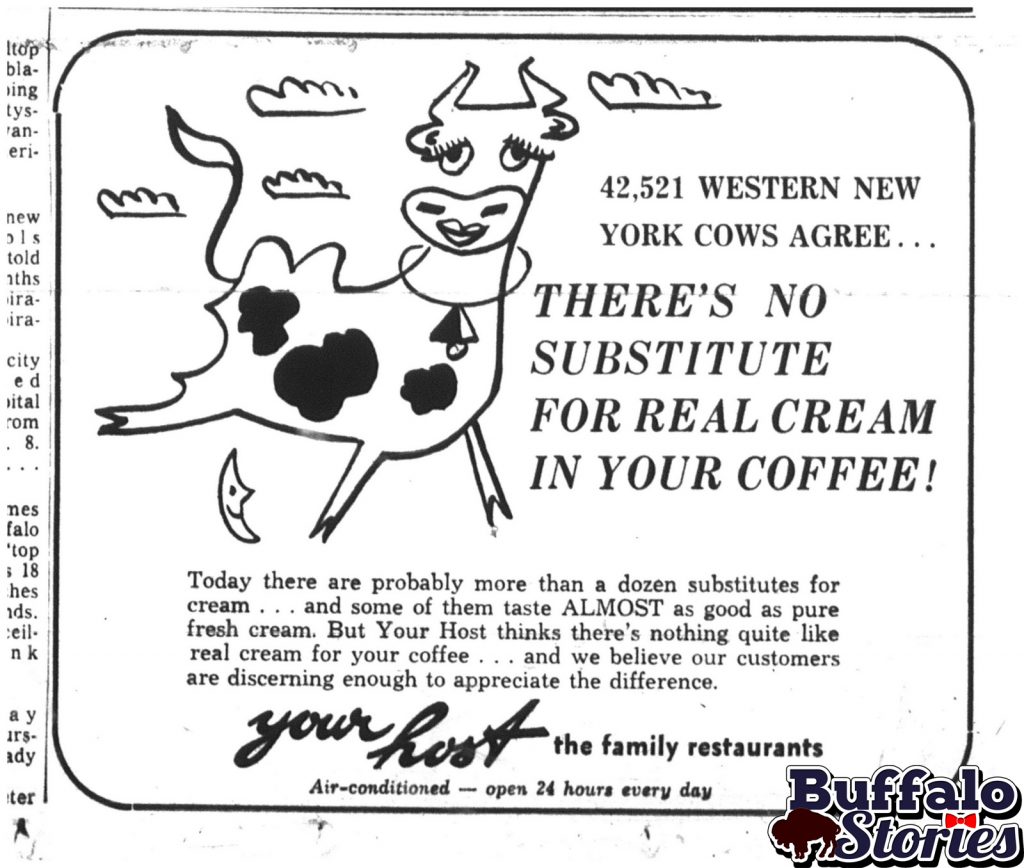 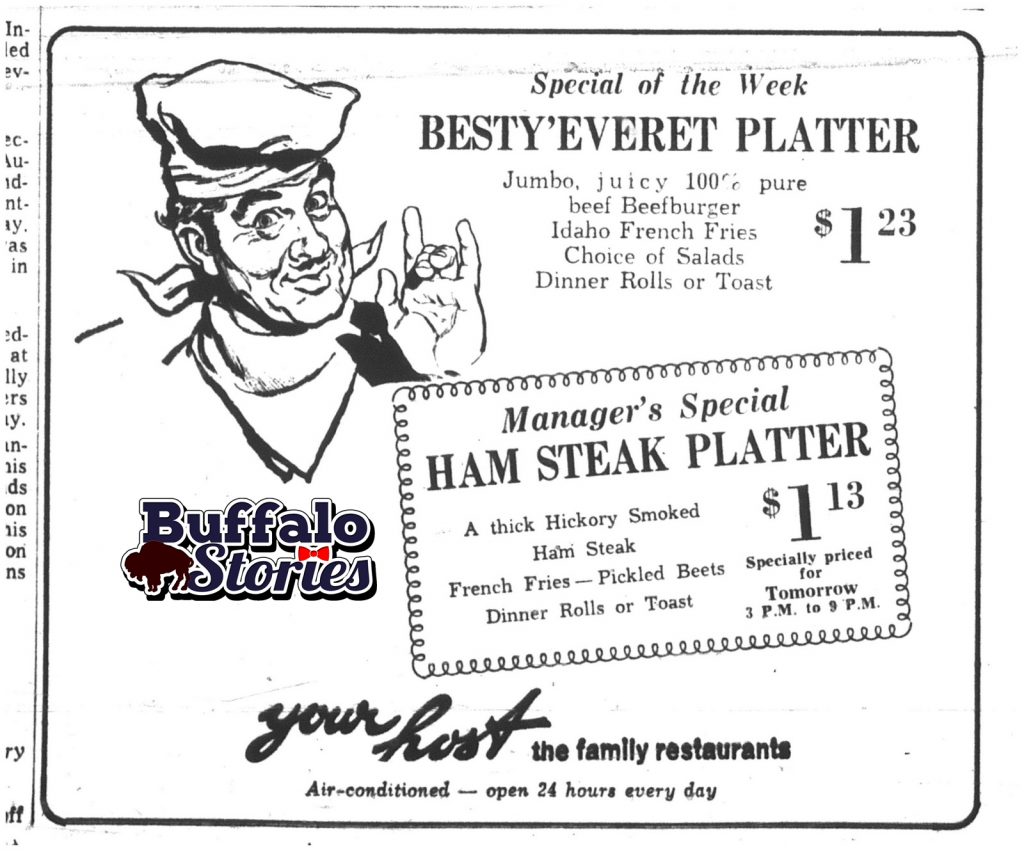 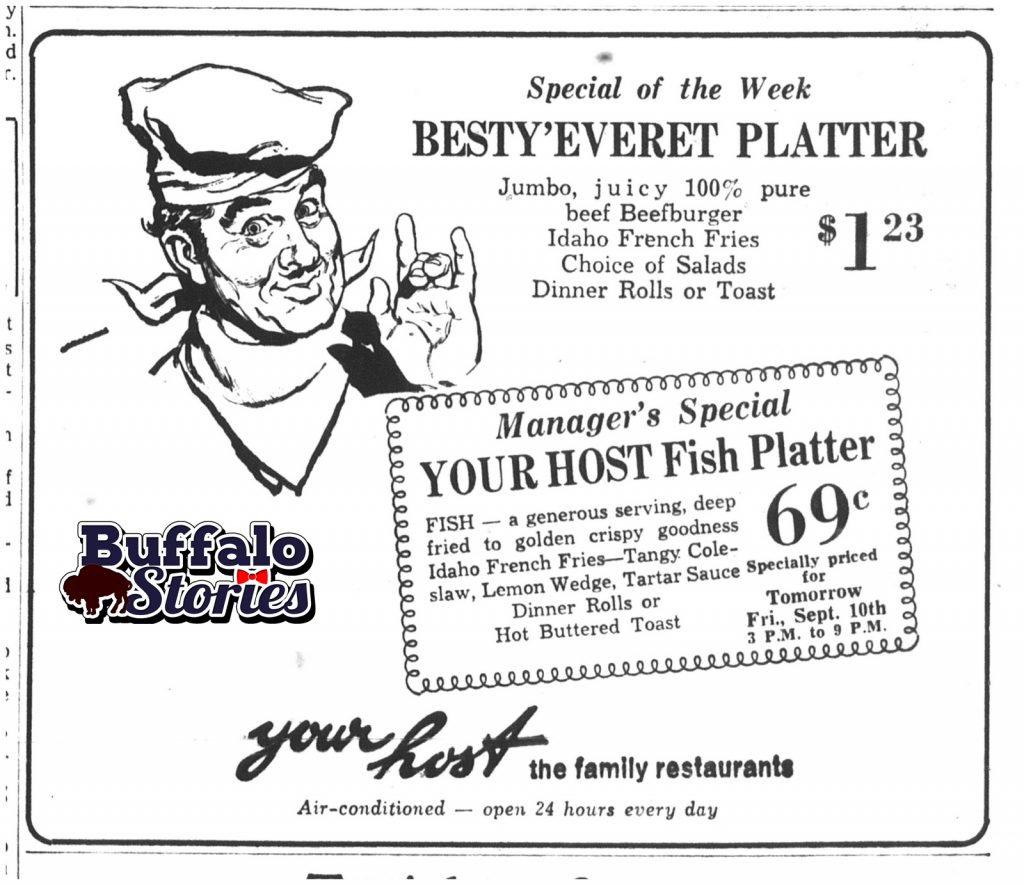