This week we’re looking back at Pioneering Women in Buffalo Broadcasting.

In the earliest days of radio in Buffalo, it was unusual to hear a female voice that wasn’t singing.

And when you did hear a woman coming through your speaker in the 30s, 40s, or 50s, she was usually talking about cooking or discussing “women’s issues.”

Among the earliest women announcers:

“Amanda,” whose real name was Dorothy Shank, hosted a show on WEBR, sponsored by AM&A’s. 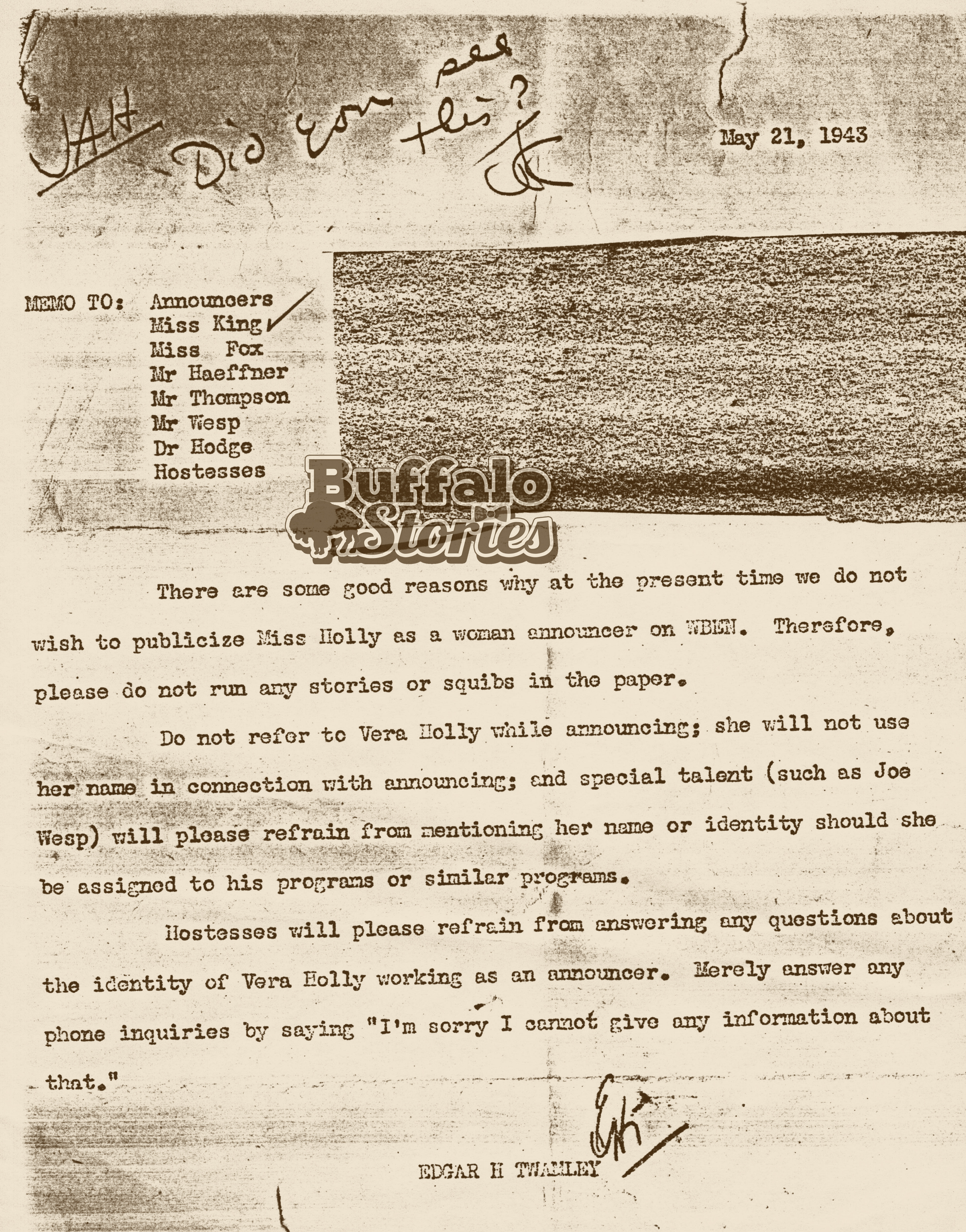 A memo from the executive offices at The Buffalo Evening News warned it’s radio broadcasters to NOT mention the name of a new female announcer– that despite the fact that Vera Holly was a very popular singer on the station for a decade.

She had been a long-time regular on WBEN’s “International House Party” and had received top billing on the show, but wasn’t allowed to identify herself for the nearly six months she was reading station breaks and newscasts on WBEN.

When she was picked up for a network show in 1946, she was called “one of the most promising young stars of radio. Holly went on to announce her own network programs on Mutual, CBS, and ABC.

Even as late as the 70s, women disc jockeys were an oddity.  A disc jockey known on the air only as “Beverly” was WKBW Radio’s first woman disc jockey, hosting overnights in the mid-70s.

As Beverly Burke, she went on to replace Oprah Winfrey in a local TV news anchoring job in Baltimore.