BUFFALO, NY – America has been breathlessly anticipating every move I make in my quest for the perfect cup of coffee.

I’ve been drinking coffee regularly since second grade. That’s when, for maybe six months, my brother, sister and I would get up really early to drive my dad to work, so that my mom would have the car so she could drive to work. The early wake-up wasn’t the problem. It was winter, and the heat was broken on the ol’fudge brown 1980 AMC Spirit. The coffee kept us warm for the drive. 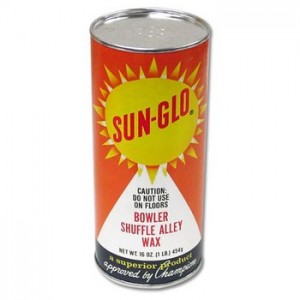 This is not coffee creamer. Or maybe it is.

Since then, coffee has kept me warm and sane. I used to drink it with cream, but the two pots a day I’d drink at the radio station to keep me going when I was working full-time and going to school full-time eventually started to become black cups. That powered creamer always reminds me of the can of wax stuff we’d sprinkle on the shuffle bowling game at my dad’s bar when I was little. (He sold the bar to get that job we were driving him to…)

So I like black coffee. Coffee, not a bunch of syrupy flavors and whipped cream. I like coffee flavored coffee. Not Starbucks. Their “Pike’s Peak” blend makes me less homicidal than most, but usually if circumstance lands me at Starbucks, I’ll get tea.

Good Tim Hortons coffee is really good, but through the years, as the franchise has exploded, you get more and more skunkers. I think the skunkers come most from the practice of topping off a cup from a different pot. It’s worth the roll of the dice for a good one, though, on most days, and Tim Hortons is where I buy most coffee on the road.

I think I might like the robust, consistent taste of Dunkin’ Donuts coffee even better than Hortons, but those styrofoam cups taste pretty assy. Especially if the coffee is really hot, I mostly taste the mouthful of chemicals that just leached from the cup.

Since I began my own business and working from home a few months ago and lost access to endless free coffee in the work kitchen, I’ve been working on the easiest, cheapest, tastiest way to capture what’s good about a cup of coffee at home.

We have a Keurig, and I have to say, perhaps my all-time favorite cup of coffee comes from the Coffee Shop K-cup. The problem is the cost, which is 60¢-68¢ per cup. Fine for one, but if I have 4 or 5 cups, and it starts becoming a silly cost. There are cheaper K-cups, but I don’t like most of them, and I hate the rest.

I’ve tried the reusable Keurig baskets, but they taste plasticky pretty quick, and make an OK at best cup of coffee. I even tried cutting open a K-cup and putting the grounds in the reusable basket. Not even close. Next.

The standard Mr. Coffee type drip maker has been a part of my life since second grade. Bleech. That’s the taste I’m trying to avoid. Next.

I tried the French press, which makes a rich cup of coffee, but it lacks any bite. Great flavor, but no punch. Next.

But what’s next? We’ve had this old percolator which we last used during the October storm, and the coffee we made was terrible. Apparently, though, boiling the living hell out of the coffee for 10 or 15 minutes isn’t the way to do it.

Medium heat until it starts to perc, then low for 5 minutes. I found a cheap grinder that does the coarse grind needed for a percolator, and it turns out the cup that came with our rice cooker is just the right about of beans to be ground for 4 cups in the percolator. I’ve settled on Eight O’Clock 100% Colombian whole bean. 6¢ or so a cup.

So Van Miller was right when he used to read those Perkins spots with zeal, and he’d say, “Perk it up!” So that’s what I’m doing, Uncle Van.

It’s delicious, but there are drawbacks. It takes a while to brew, and with a stovetop percolator you have to watch it. You can’t heat the water too quickly, or it burns the coffee. And other people in the house all the sudden find your coffee delicious, which means you’re brewing more of it, more often.

But the percolator is it for now. Am I missing anything?  What say you?