BUFFALO, NY – The notion that you always get jobbed in the drive-thru is now thoroughly ingrained in our culture. 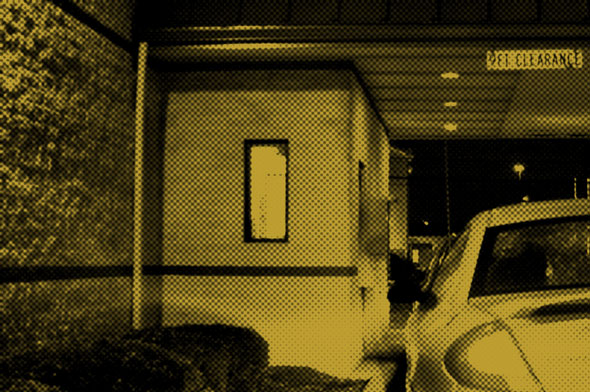 Joe Pesci has one stupid rant about a drive-thru in a movie 25 years ago, and it’s now become fact for a large segment of Americans. “They always $%# you in the drive-thru!,” he said about 87 times in Lethal Weapon II back in 1989.

With all due respect to Mr. Pesci, the fact is– in 2014– the drive-thru is always better.

It’s always a rough adventure. If I am choosing drive-thru food, it’s probably a busy, jam-packed, semi-homicidal, annoying day already. To watch the circus it takes to get my order made, in the bag, and handed to me, usually just makes it worse.

That isn’t to say that all fast food workers are terrible. Quite the opposite. If it weren’t for the 20% who work their tails off and do 90% of the work, the fast food industry would collapse. The other 80%, however, put on a moron ballet so perfect in its incompetence and imperfection that Baryshnikov couldn’t compete.

Let’s look at the facts. Getting baseline acceptable service at a fast food joint is a 50/50 proposition at best. In your car, at least you’re listening to your own music, relaxing in your own seat, in control of your own surroundings.

Inside the store, there’s a pretty good chance you are watching at least one employee doing some facet of his/her job poorly, and ruining the whole flow for fellow employees and customers.

Also inside, add into the equation the loud-mouthed jerk in line, who won’t shut up about how utterly shocked he is by the shoddy work going on, and that it’s an outrage. It’s as if the last time this guy got a burger was at some gleaming Arnold’s-like drive-in. It’s also pretty clear that this jackhole has never worked hard at anything other than acting indignant.

While fly-away hairs stick to the poor manager’s worry-and-hardwork moistened forehead, and every other customer in line tries to avoid eye contact with this guy who is yelling –UNBELIEVABLE– over and over again; some conniving opportunistic disease with legs cuts in line, acting like she’s done nothing wrong. She’s also ready to tell you that your were standing in line wrong, if you are looking to pick a fight.

All this, or you can sit in the car and wonder what the hell is taking so long– but at least listening to your favorite book on tape.

Either way, the chances are pretty high that your anger will turn to rage when you find the wrong items in the bag. Maybe you should just start carrying a big bag of apples in the car.