A 46-year era came to an end in 1968 as Laube’s Cafeteria – first opened in 1922 – closed as business nearly ground to a halt with the building of the Main Place Mall across the street and demolition started for the Rath Building just to the south.

Charles Laube started the restaurant empire, which briefly spread to Rochester, in 1907 after moving to Buffalo from Germany. His first place was called “My Lunch,” a 32-seat diner at 33 Niagara St. When the larger building opened up around the corner at Pearl and West Eagle, Laube hopped at the chance and created one of Buffalo’s most beloved dining spots through the 1930s and 1940s. 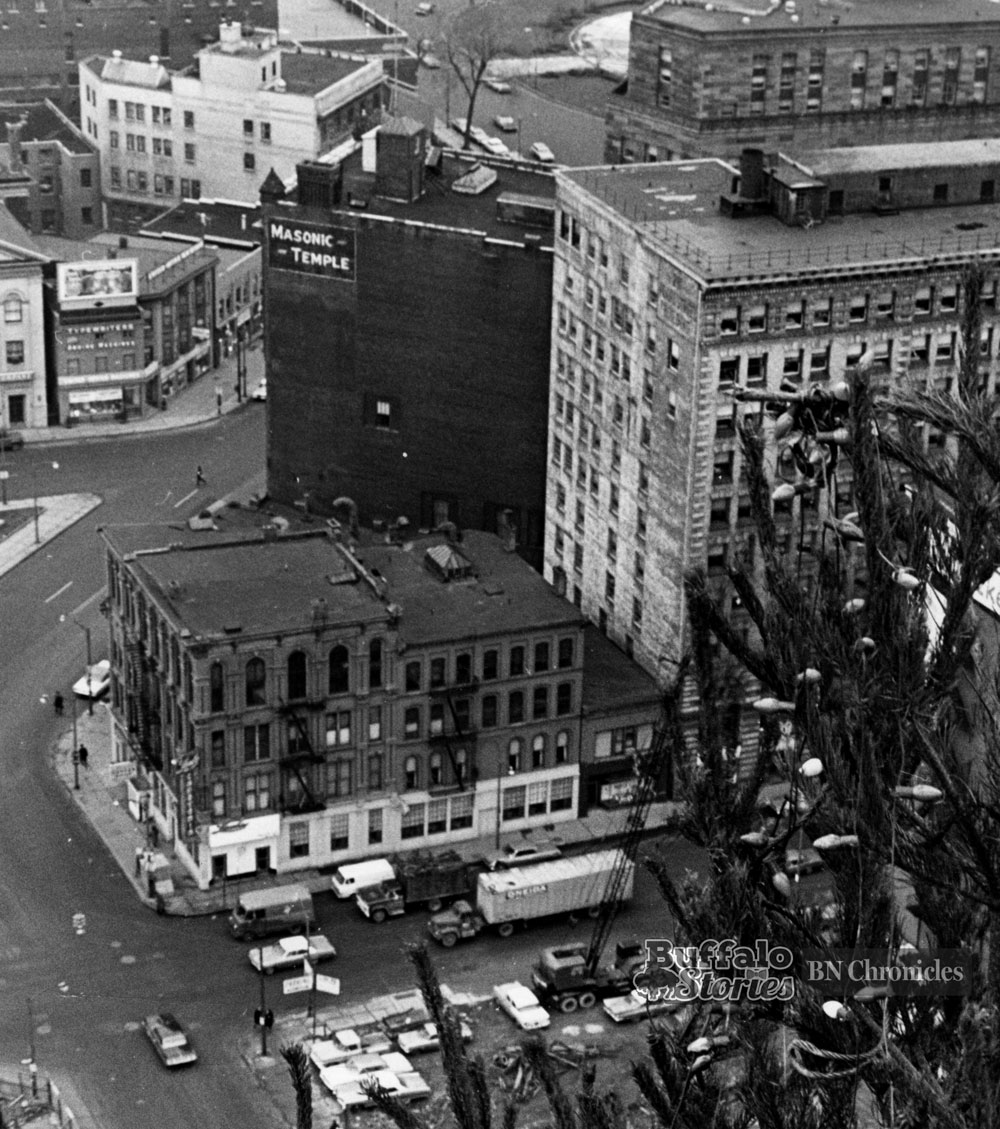 Diners catching one last meal before the neon and grills went cold remembered how novel the idea of balcony seating was when the place first opened. 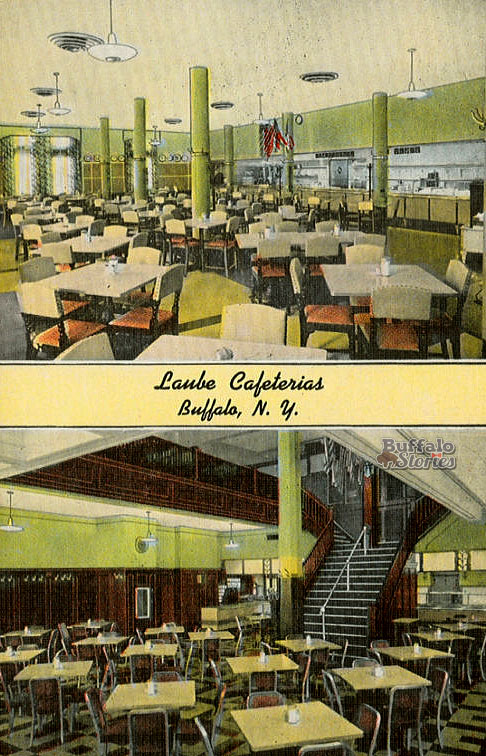 “Being taken to Laube’s for lunch before a matinee at the Buffalo Theater was a treat – maybe the best part about coming downtown,” remembered one Buffalonian.

At its peak, 2,000 people a day ate at Laube’s Cafeteria, where the well-known slogan was “famous for food.” Laube’s was also famous for quality and high standards, only giving into the overwhelming savings of paper napkins over cloth napkins within the last few years of operation.

The fate of the Laube’s building was sealed within months of the restaurant’s closure. The City of Buffalo bought the property, and leveled it with hopes of a companion development to Main Place Mall.

The Laube family still operated a cafeteria inside the YMCA as well as a full-service restaurant inside the Lord Amherst Hotel at Main and Kensington in Snyder. 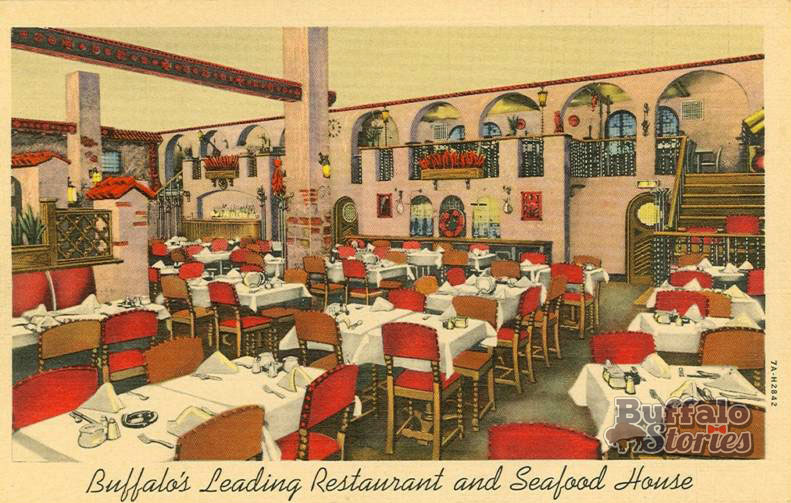 Laube’s Old Spain, was located on Main Street next to Shea’s Buffalo. Later the home of Swiss Chalet, it is now the Shea’s Smith Theatre. (Buffalo Stories archives)