Just as Buffalo has a renewed sense of optimism, with many of the imaginative construction projects underway in 2015 and planned for beyond, the people of Western New York were excited about futuristic, forward-looking projects in the 1950s, too. 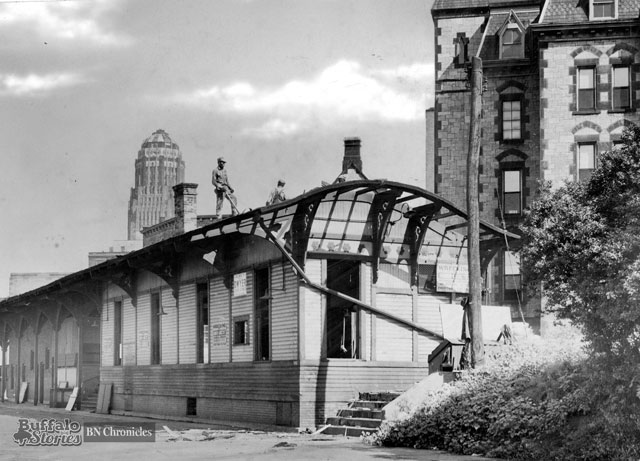 There had been talk of a “high-level bridge” along the inner and outer harbors of Buffalo for decades by the 1950s. The idea was to provide automobile access to downtown Buffalo from the south, while also maintaining seafaring ships’ access to the harbors and Buffalo River.

In 1950, it was written, “The first spadeful of earth turned for the span will culminate a 25-year dream of city planners for a route to provide the smooth flow of traffic to and from Buffalo from the southeasterly approach.”

By 1954, the way was being cleared at what was to become the downtown end of the high-level bridge.

This photo shows the area where  West Swan, Franklin, Upper Terrace and Erie streets come together, with one of Buffalo’s oldest landmarks — the St. Joseph’s Old Cathedral rectory, built around 1860 — off to the right and city hall overhead.

The old tracks of the New York Central Railroad are just out of view, and can be seen in this photo taken a bit further back. The tracks were given up in part for the roadbeds of the Skyway and the I-190. 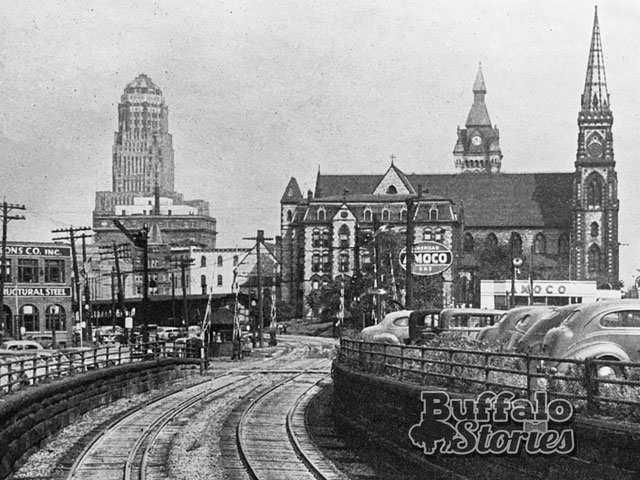