Time and circumstance has nearly eliminated knowledge and memory of one of the city’s great institutions.

In 1904, the Elk Street Market was “the largest fruit and garden truck market in the United States.” The traffic in commodities sold rivaled any similar market on the continent. 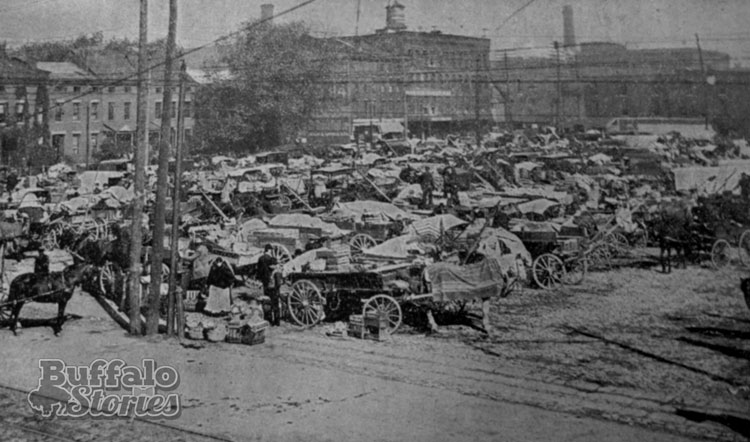 The market’s size and success was attributed to so many of Buffalo’s immigrants holding onto centuries-old ways and their “adherence to village customs.” German, Italian, and Irish traditions played out all over the four-block long market that ran parallel to Michigan Street, in an area now largely taken up by the Buffalo Creek Casino. 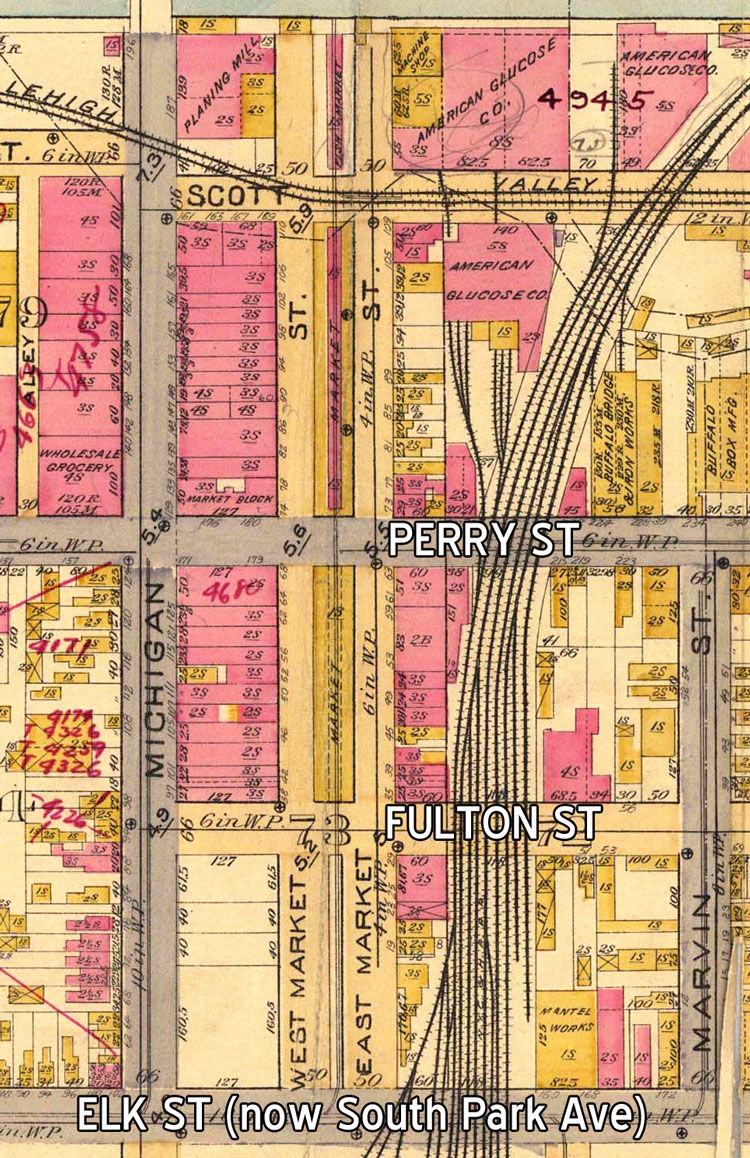 Trying to understand where the market was offers up several red herrings. The first is the name. The market is nowhere near today’s Elk Street. 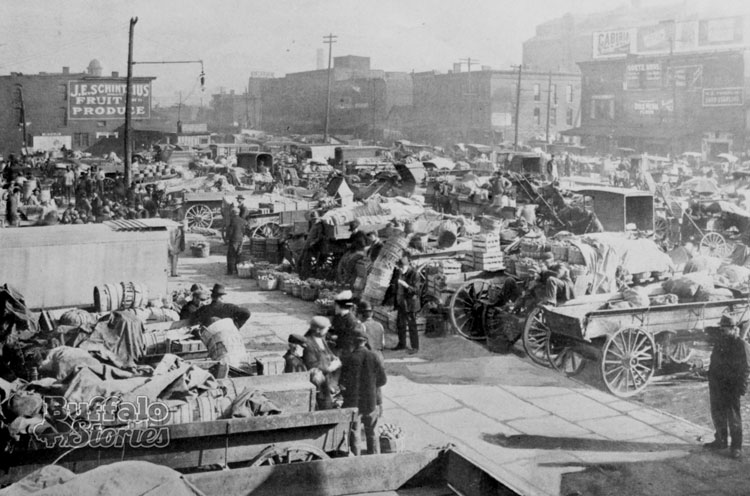 Another red herring is the Elk Street Terminal. Famous now as one of Buffalo’s early reuse condominium projects, it was built at the northern tip of the market and used for the loading and unloading of trucks and trains. The actual market stretched several blocks into the First Ward from the back door of the terminal. 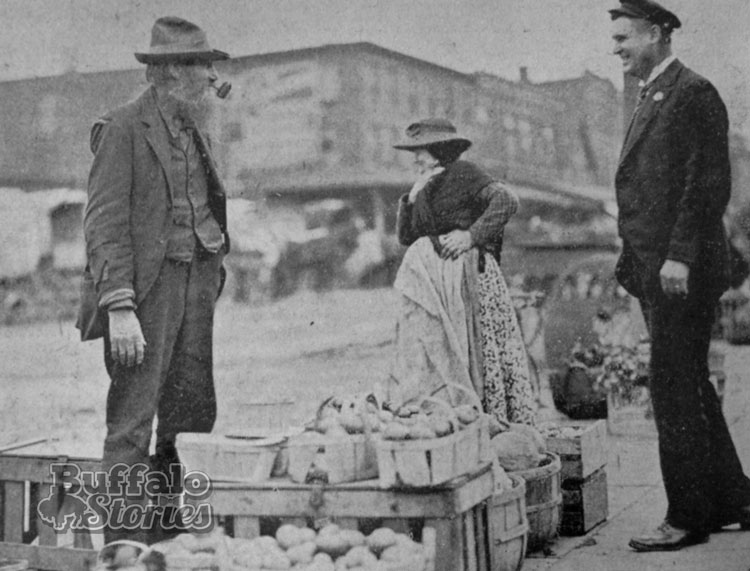 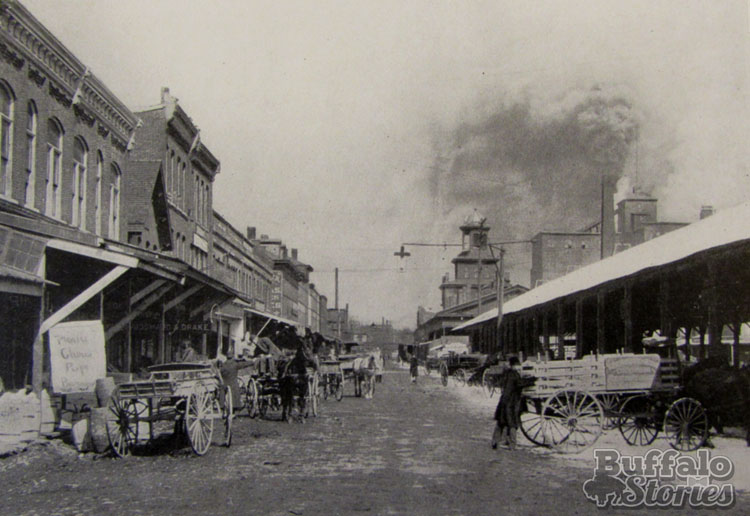 Thousands of wagons laden with fruit and vegetables paid 15¢ or 25¢ for a spot on the market or took their wares to the terminal to be loaded on trains to be sold around the country. The farmers themselves came from as far as Orchard Park or further south, or as far north as Clarence — but rules prevented Niagara County growers from selling at the market.

During the height of the fruit season, 10,000 bushels were sold a day. 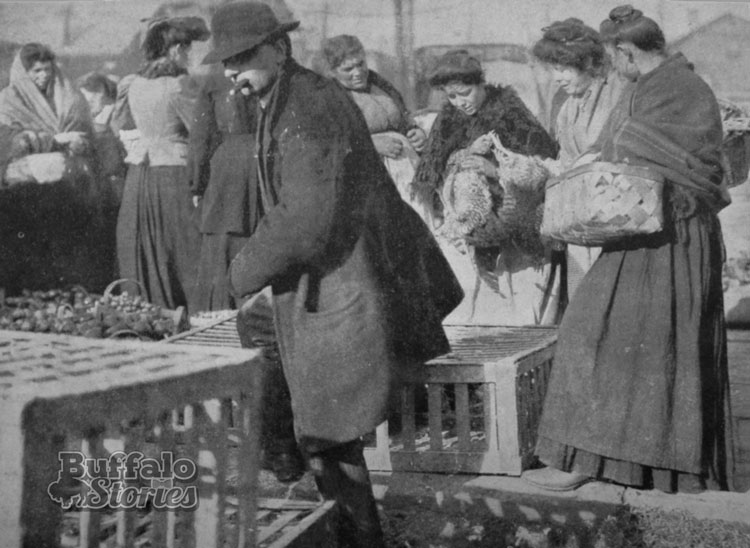 The main building also was home to a meat and poultry market, and the fish market was the city’s busiest.

A fire in the late 1920s and then railroad maneuvering to have most of the larger business of the Elk Terminal moved to the Clinton Bailey Market mostly spelled the end of the Elk Street Market, which continued to hang on as a farmers market through the 1930s.

These views show a 1906 and 2016 view near what is now South Park and Michigan avenues. 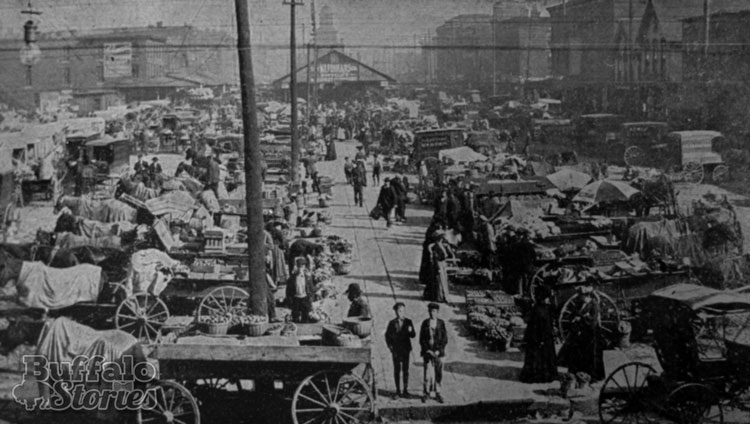