In much the same way most Buffalo men of the era grabbed their lunch pail in the morning and worked until the whistle blew, so did Charles Burchfield.

He was a soldier during World War I, fighting the enemy with his paintbrush. Burchfield was on the team designing America’s earliest efforts at camouflage. He moved to Buffalo in 1921 to work as a designer at Birge’s wallpaper factory on Niagara Street. Even after he left the working world in 1929 and began making a living as an artist, Burchfield took a working man’s approach to create art reflective of the life of the working man.

In this three part series “Charles Burchfield’s Buffalo,” so far we’ve looked at how Buffalo saw Burchfield and Burchfield paintings of Buffalo places which no longer exist. Today, we look at Burchfield works we can still hold up to the places he was painting. 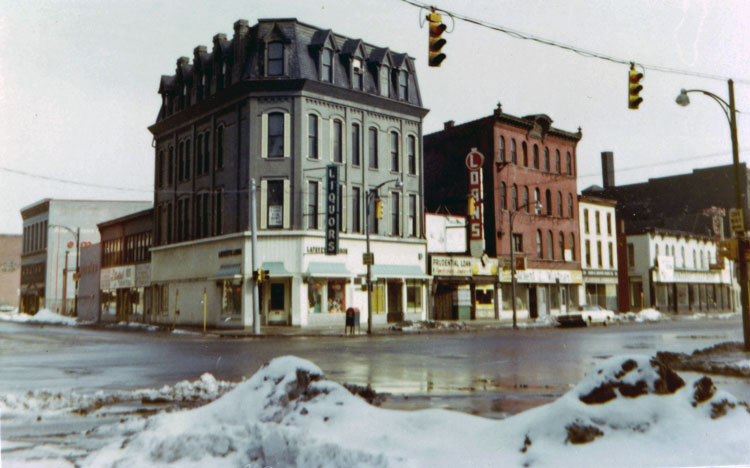 At the top of the page is Charles Burchfield’s “Rainy Night” (1929-30). This photo was one of many taken by artist James Vullo in the mid-’70s depicting the real-life places in Burchfield’s paintings and sketches. (Charles E. Burchfield Archives) Below, the intersection of Ellicott and Broadway as it looks today.

“Charles Burchfield is a magic name that elevates Buffalo to eminence in the contemporary art world,” wrote Anne McIlhenney Matthews in the Buffalo Courier-Express in 1960.

“Buffalo basks in reflected glory in the world of art galleries and collections as the place where the world-famous watercolorist resides and whose glorified terrain he transfers to timeless, wonderful — and expensive — pictures.”

Burchfield told Matthews, “I try to present the glory of God in nature,” and pointed to one of his favorite paintings — one he gave to his wife and hung in their living room. “For the Beauty of the Earth” is the title of the painting, and the first line of a Lutheran hymn.

“The world is so ravishingly beautiful and I try to put it on paper,” continued Burchfield. “Particularly Western New York. I feel that there is enough scenic beauty in this area to keep me busy for a thousand years.” 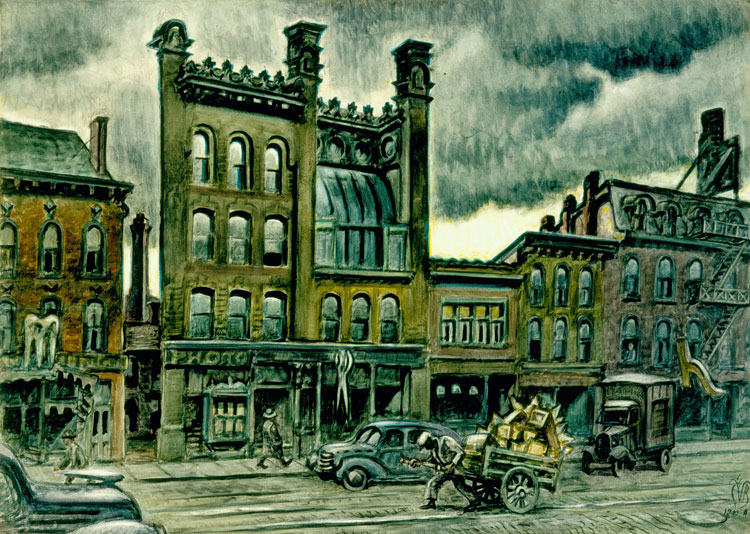 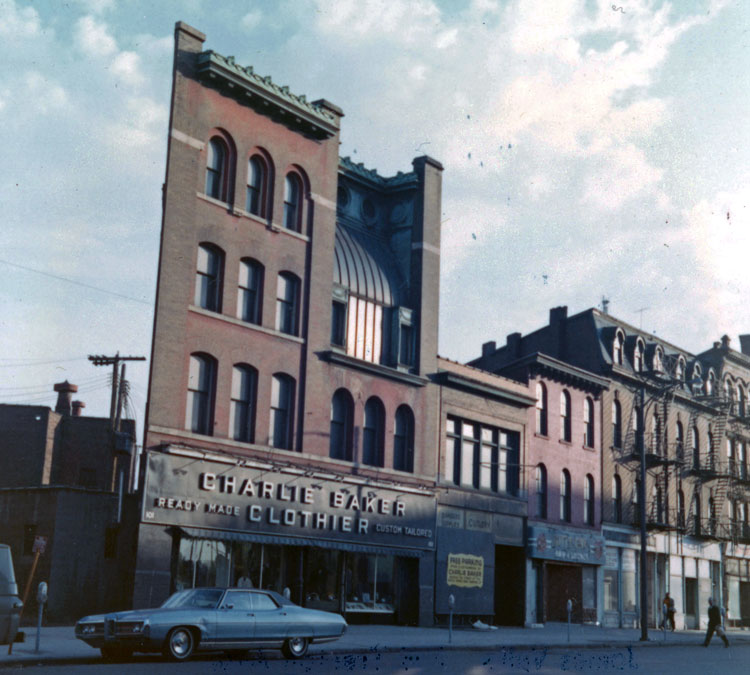 This painting came from the same block, just facing the other direction. 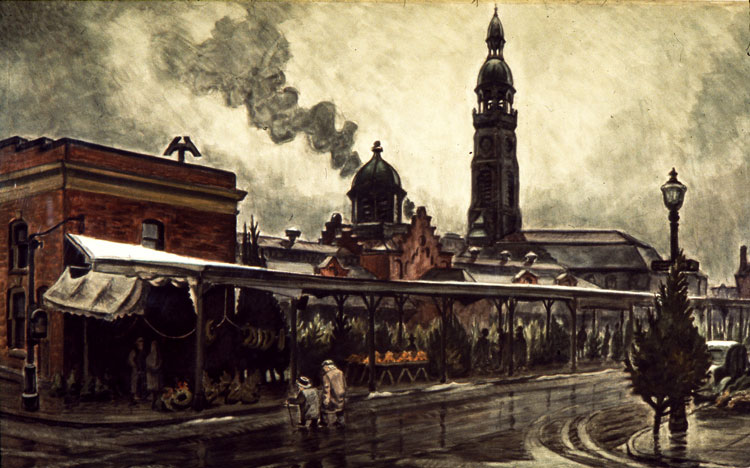 “The Market at Christmas Time” (1929-41), shows the old Chippewa Market with St. Michael’s in the distance. While St. Michael’s still stands, the building was heavily damaged in a 1954 fire. (Charles E. Burchfield Archives) 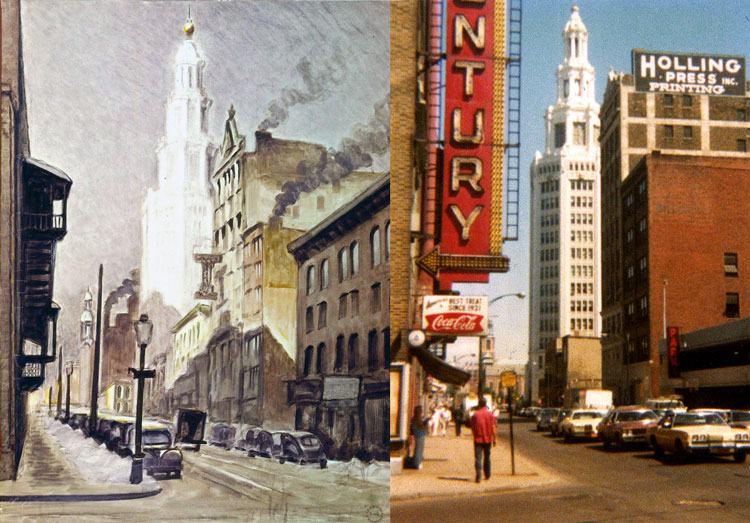 Burchfield called the Electric Building “one of the finest buildings in Buffalo or anywhere.” He painted “Buildings and Street Scene” in 1940. James Vullo photographed the area in the mid-’70s, including the marquee sign pointing to the entrance of the Century Theater around the corner on Main Street. (Charles E. Burchfield Archives) 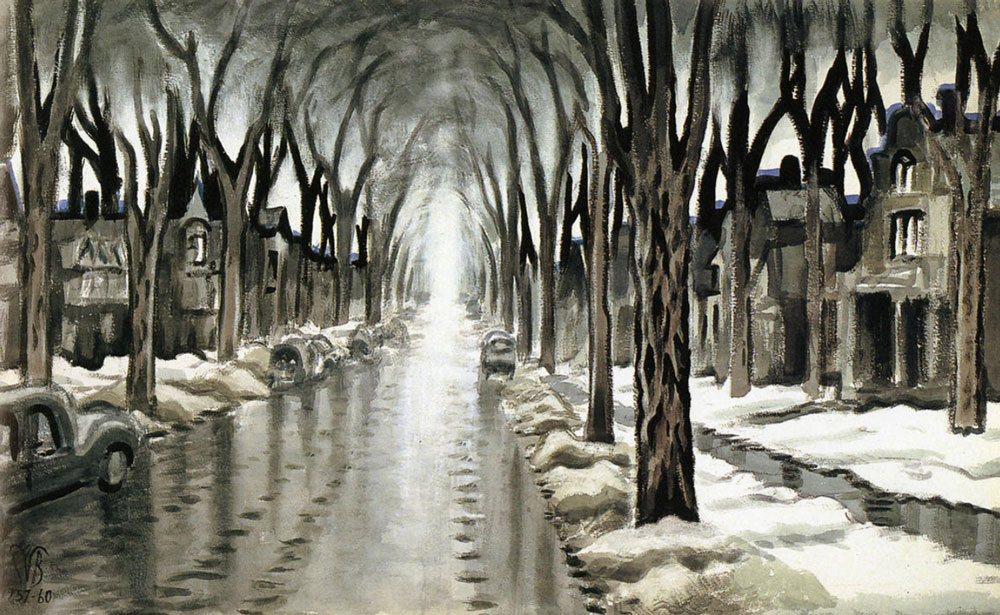 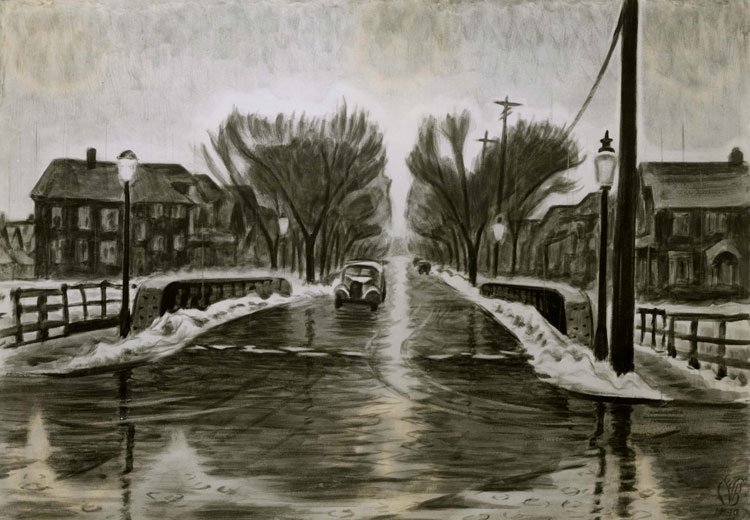 Burchfield ventured into all parts of the city, including South Buffalo. Above: Burchfield’s “Silver Light,” ca. 1940. Below: Vullo’s photo of the Stevenson Street bridge, Stevenson and South Legion, mid ’70s. 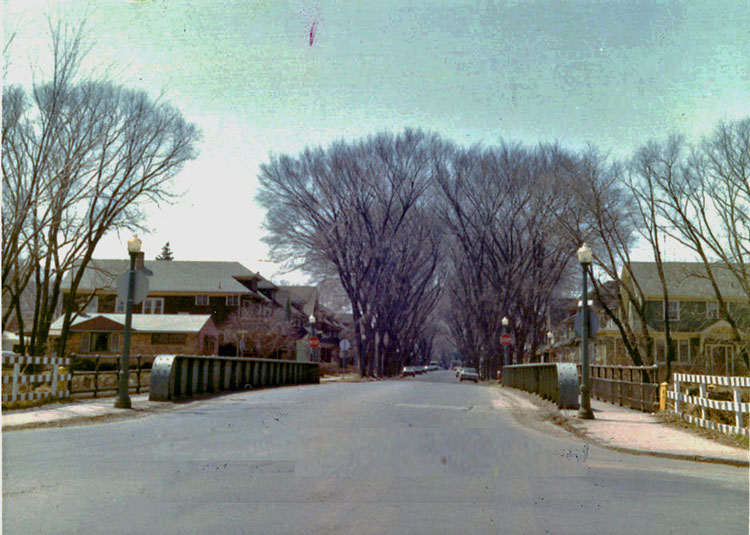 The Burchfield-Penney Center also has curated a history pin site showing these and other Burchfield painting locations.