From 1927 through the years of conservation during World War II, The Buffalo Evening News and the Electrical League of the Niagara Frontier sponsored an annual “Yuletide Lighting” contest. 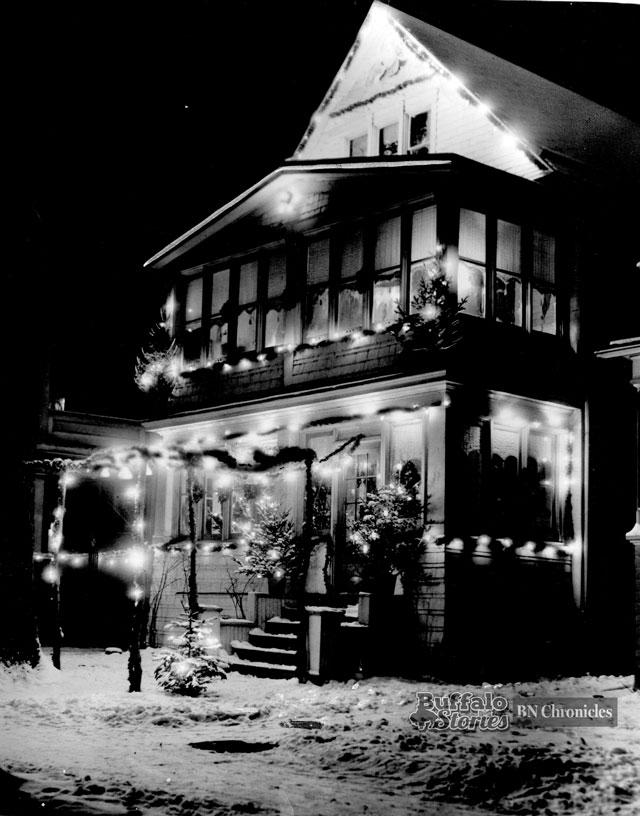 A Buffalo home decked out for Christmas, 1937. (Buffalo News archives)

There should be a time in the year when all citizens unite in broadcasting a spirit of friendliness and goodwill. Christmas is the logical time. With yuletide lighting this message of goodwill can be spread very effectively to the passerby and help him feel the true spirit of yuletide. Every resident of Buffalo should fall in line with this yuletide lighting idea, and display on his veranda, porch or garden some symbol of the goodwill that reigns within him.

Similar support is given the movement by William B. Huntley, president of the Buffalo General Electric Company. “Buffalo,” he said Tuesday, “always has been a leader in holiday Illumination. This year, with the contest given additional impetus to the custom, Buffalo should be ablaze with lights as it never has been before. A drive through Buffalo’s streets during the evening is going to be well worth taking while this display is on.”

Imagine the city with its multi-colored lights aglow with a white blanket of snow on the ground. If no snow is here for Christmas, the lights will be needed more.

— News announcement of the promotion, 1927 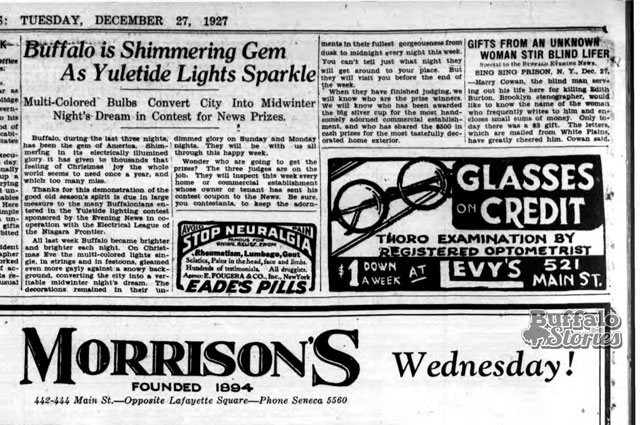 The contest came at a time when many homes and even entire neighborhoods in Buffalo were still without electrical power. The League used contests like one for this one for yuletide lighting and ads promoting electrical appliances as wedding gifts as ways to promote the use and spread of electrical power. 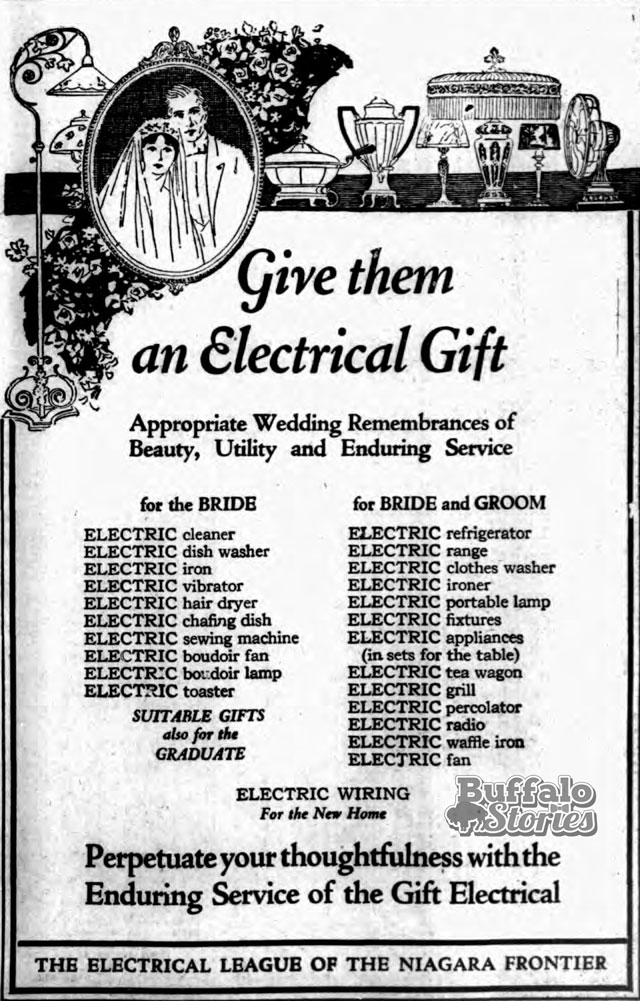