After a decade and a half of band-aid fixes and half-met promises to correct serious structural and design flaws on Parkside Avenue near Florence, another promised completion date will come and go.

Residents are hopeful– but not entirely confident– that a soon-to-be unveiled plan will address concerns that neighbors have been advocating to see fixed for almost 40 years. 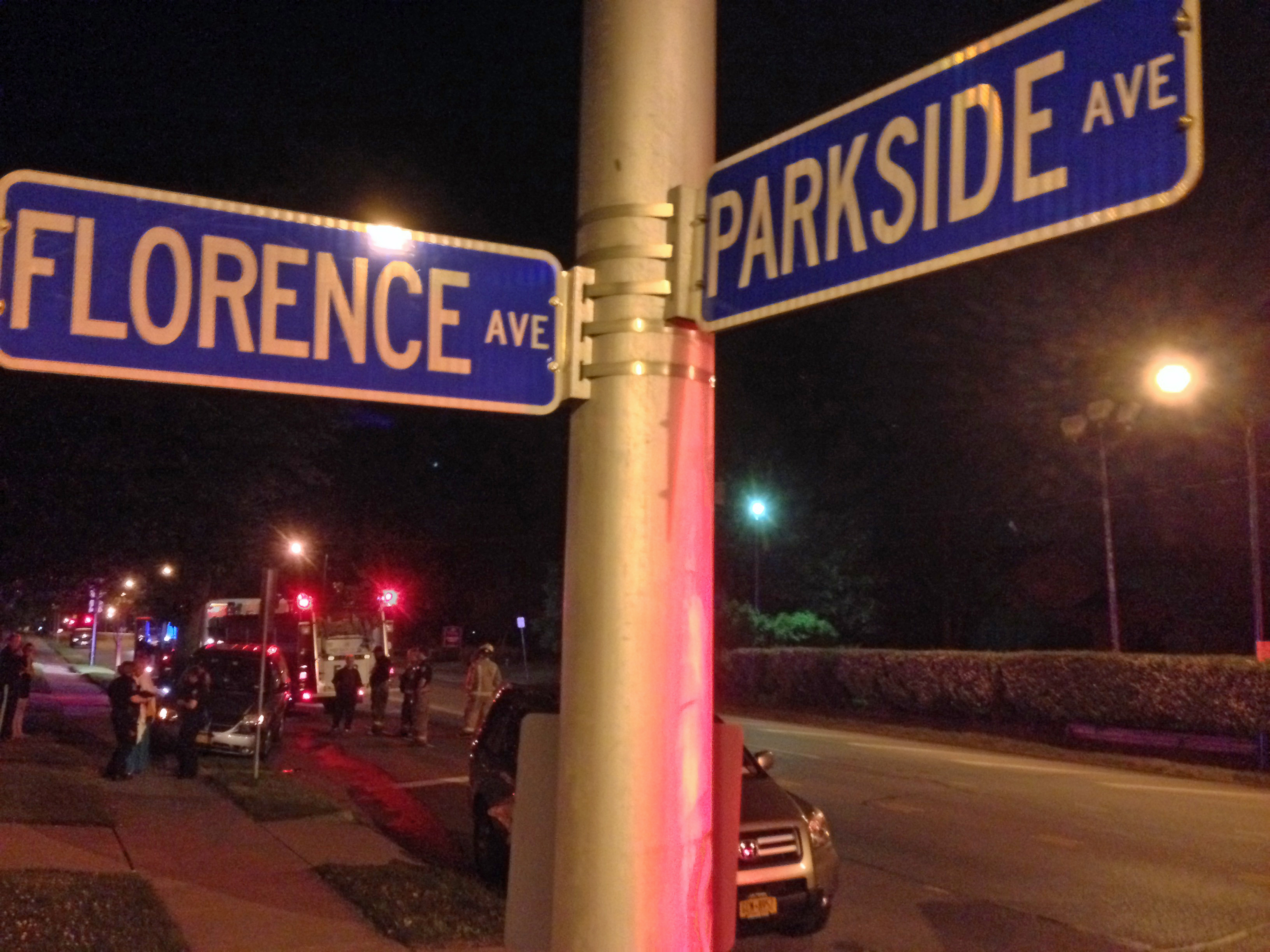 Promised work was slated to be ending now, but residents are only seeing preliminary plans for the first time this week.

It means another year where the safety of motorists, pedestrians, and residents is left in question by a slow moving bureaucracy which apparently needs reminders like this to act before tragedy strikes again.

This video, written and narrated by Parkside resident Steve Cichon, shows 40 of 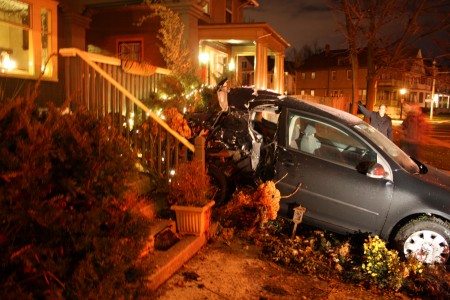 the hundreds of auto accident photos he’s taken within a block of his home near the corner of Parkside and Florence. The images come from 12 of many dozen different incidents over the last 15 years.

“I’ve pulled people out of smoking cars, I’ve played firefighter trying to stop flames from a car on my lawn from hitting my house,” Cichon says. 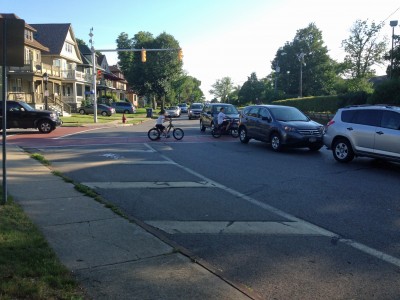 “My biggest fear, though, is that after being stunned into action by the horrific sound of an accident– that I might run outside to find someone who is beyond my help,” says Cichon. “People thought I was being melodramatic until the tragedy just up from Parkside on Ring Road. We all want this fixed before this, too, becomes a sorrowful ‘I told you so.'”

While Steve is lives at the center of the problem, he’s not alone in wanting it fixed. He’s also not alone in being ready to maintain awareness to make sure that happens.

Video text:
You might hear me joke around saying “stay off my lawn,” but too often there’s nothing funny about it.
The City of Buffalo has a responsibility to make sure that the problems which have led to the torrent of cars, into the dozens, driving across my lawn comes to an end. 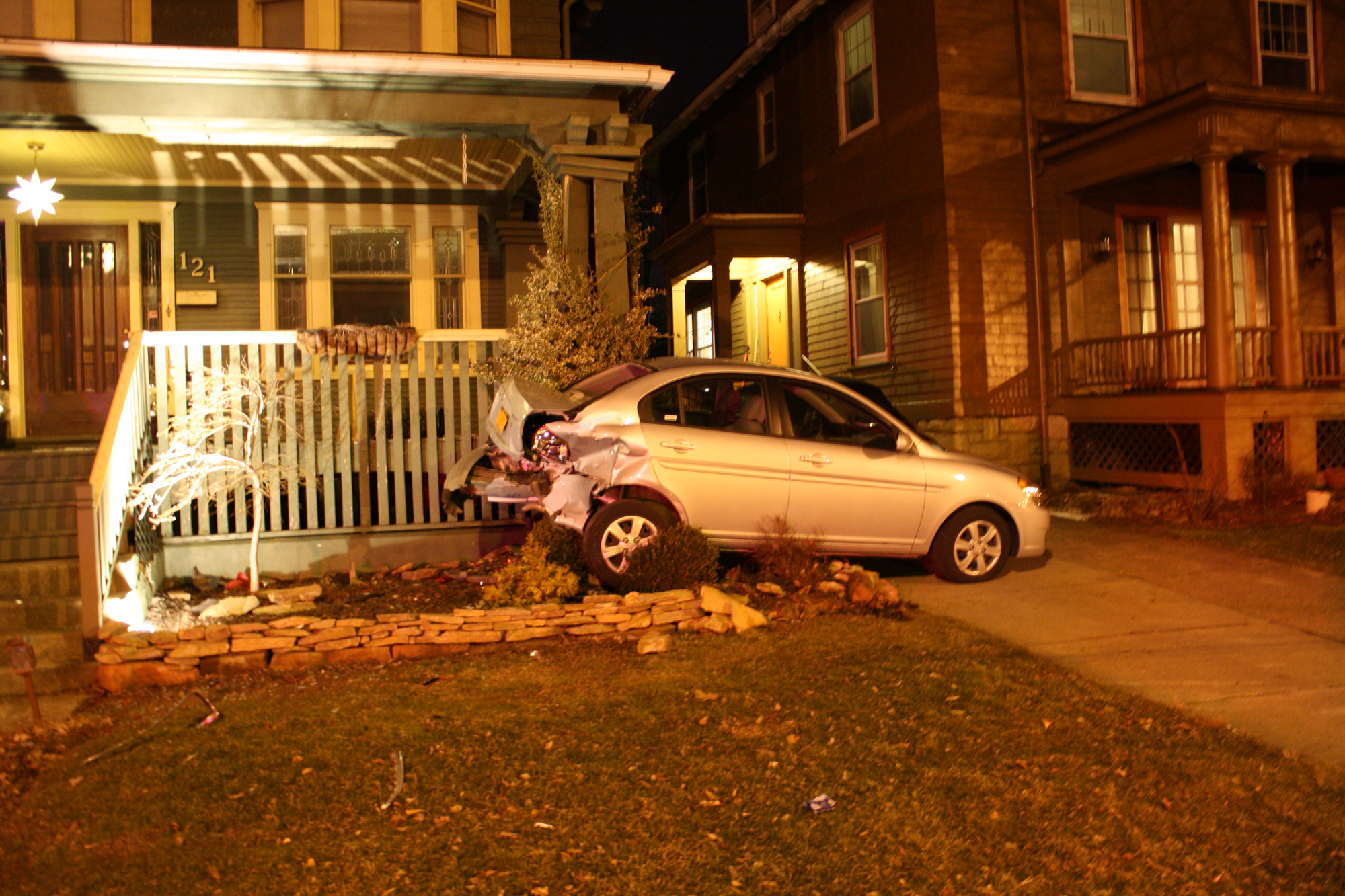 The city’s own studies and own engineers have found Parkside Avenue as it approaches Florence– with its extreme undulations, extreme banking, and extreme curve– to be dangerous and unsafe. All this, while the city continues to sit on the federal monies awarded to fix the problem.
For the 15 years my wife and I have lived at Parkside and Florence, we have been chronicling the problems and watching them get worse as we advocate for a solution. As much as the accidents and traffic give me a headache, my concern is for the families trying to traverse danger to enjoy the park, and even for for the bad drivers I’ve seen hauled off in ambulances close to death on too many occasions.
Yes, the bad drivers who’ve totaled two of my cars (parked “safely” in my driveway) have been varying degrees of young and stupid, drunk and high, and just plain distracted.
But those same sorts of drivers sloppily plow down your street everyday. When is the last time a car burst into flames on your lawn? 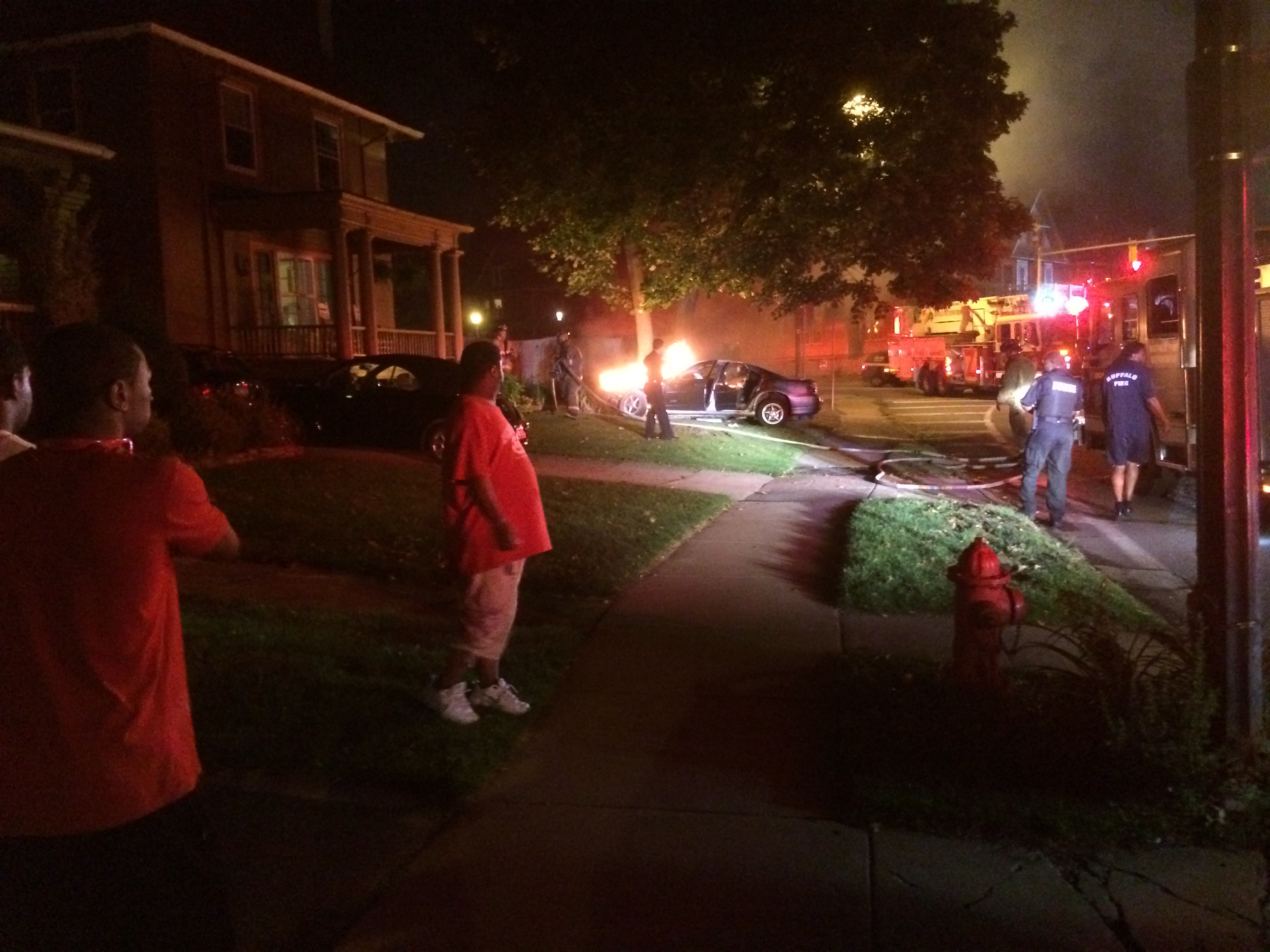 These bad drivers are made exceedingly dangerous by a road that the city admits really isn’t too safe. They have received a federal grant to fix it. What the hell are they waiting for? 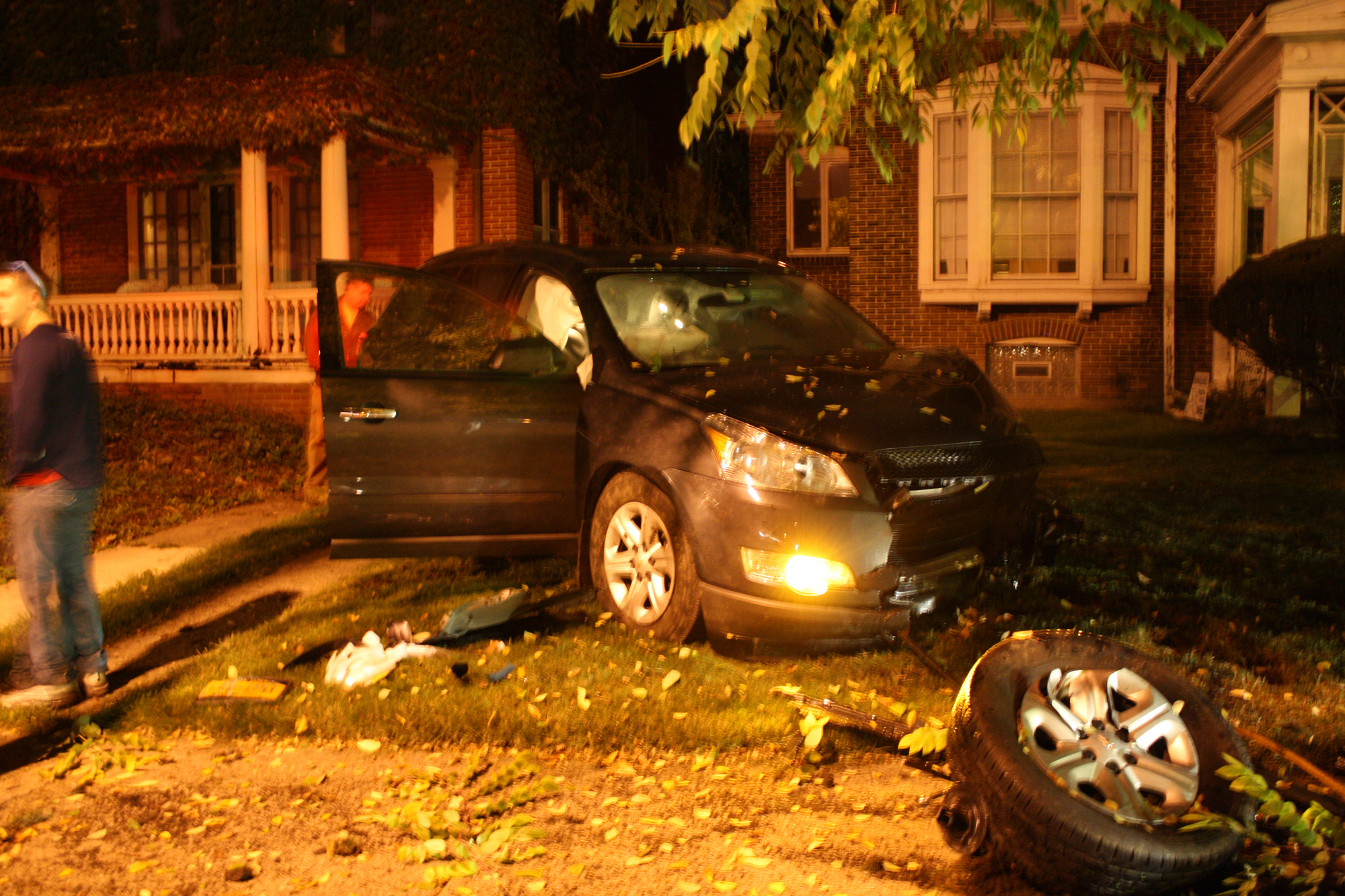 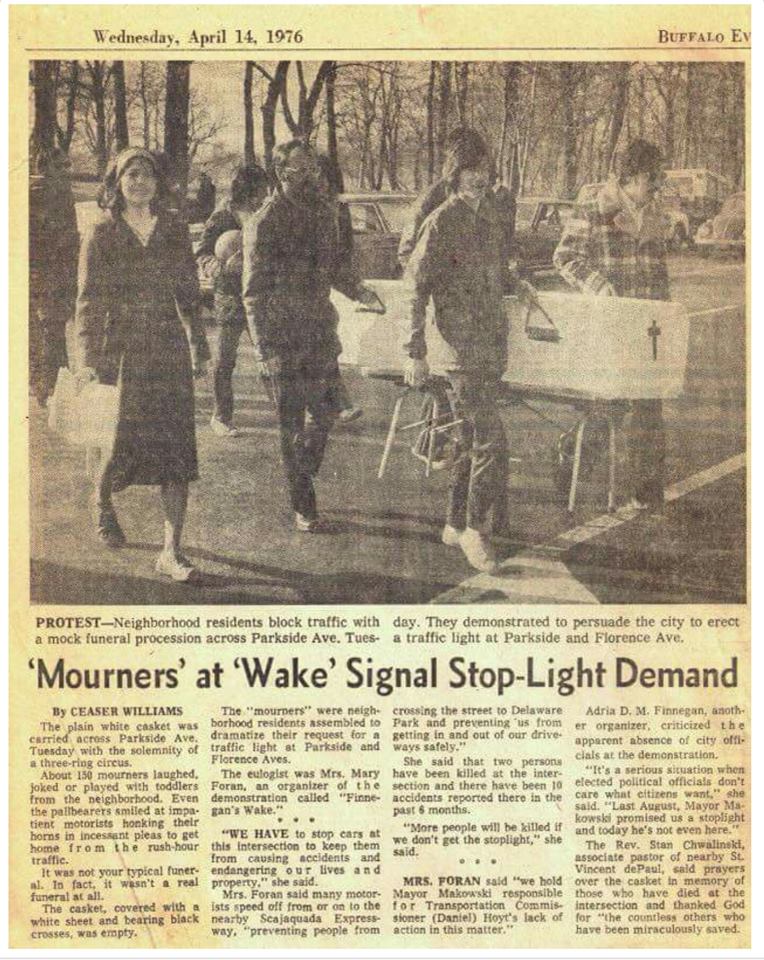