It seemed like the ancient toaster we had growing up took less a minute to take bread from soft and white to charred and black.

Probably because of that, I came to like my peanut butter toast well-done, and I became quite expert at knowing the exact moment to pop the lever on that harvest gold decorated four-slice machine.

Toasters don’t run nearly as hot anymore. The perfect toast of 40 years ago could be almost black on the surface, but still soft in the middle. 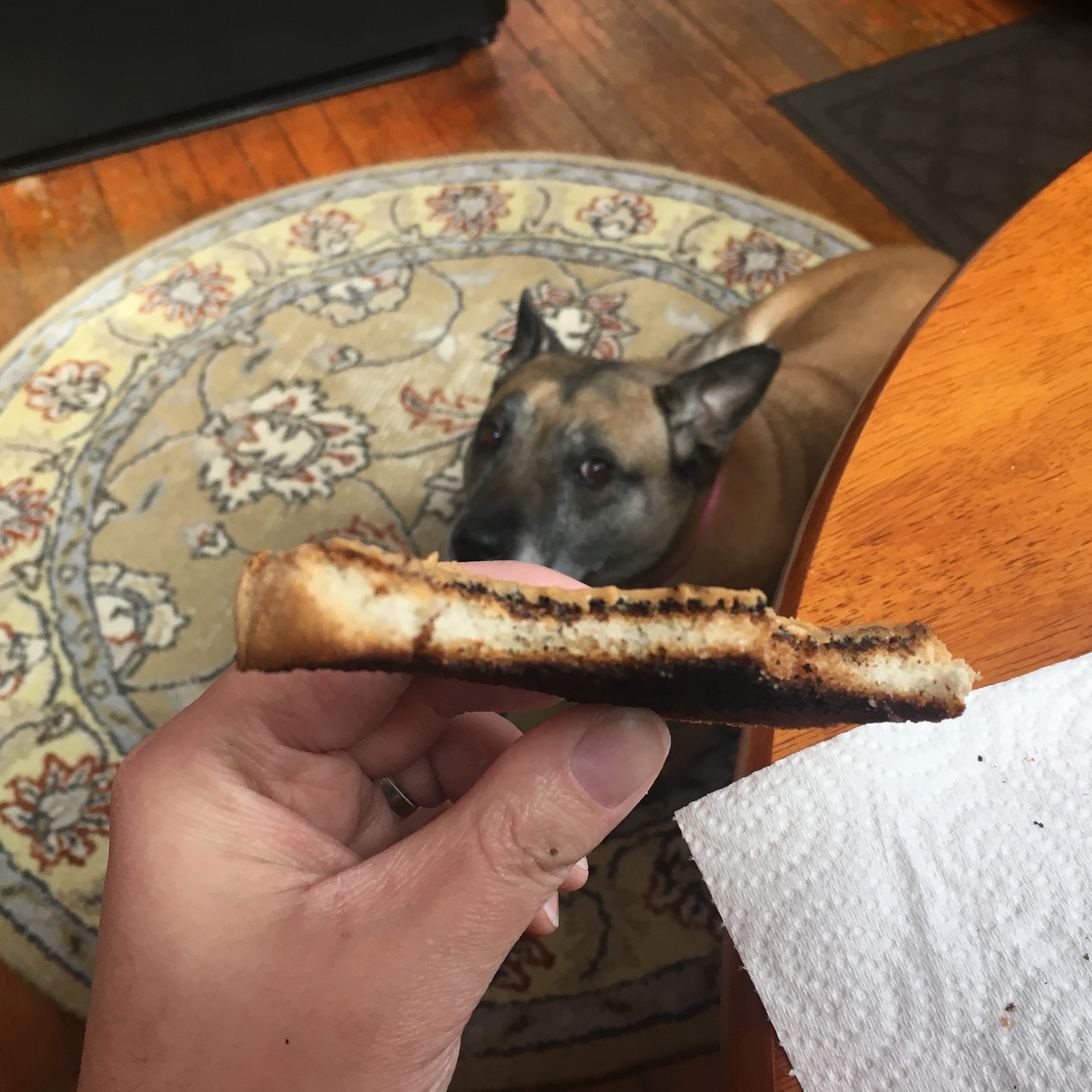 With all their “safety” and “energy efficiency,” the toasters of today leave us dark toast aficionados with the choice of a proper char, but completely dried out bread from five minutes between the barely glowing heat coils… Or toast that’s still about seven shades too light on the surface, but at least the center of the bread is not yet brittle.

I went for number one today, and half-enjoyed a half-perfect piece of well-done peanut butter toast. 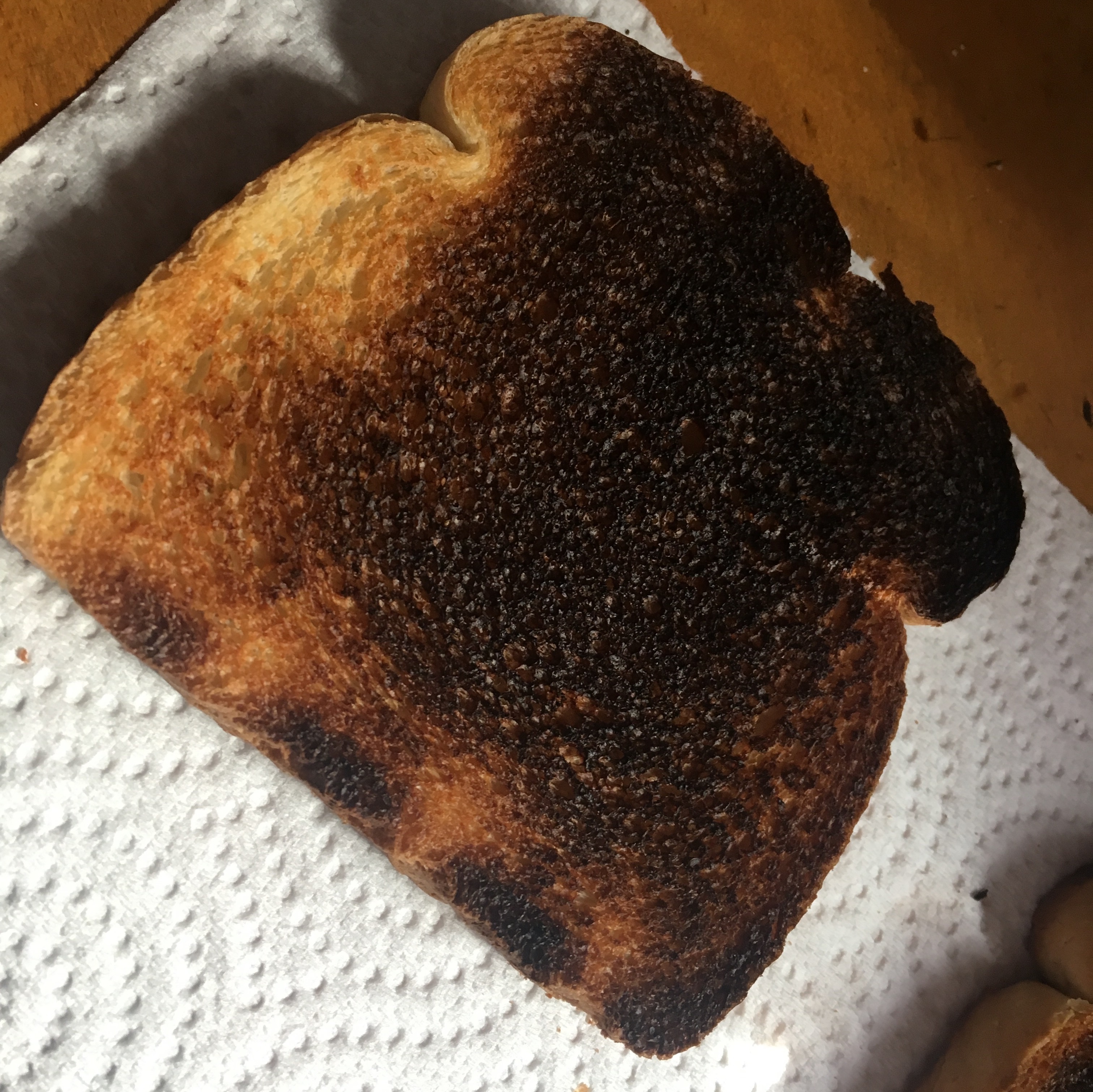 With shipping, the toaster in the photo– very close to the machine of my childhood– is just over $50 on eBay.

Could it be worth it to enjoy toast the way it should be again… or will it just be an utter disappointment because grandma’s not making us Cup-O-Soup to eat with our toast, while watching the Flintstones on Channel 2 at lunchtime?

You can’t go home again– but it is nice, every once in a while, to smoke up the house a little bit, trying to let your senses take you back a little closer than you’ve been in a while to a well-toasted slice of the way it used to be.