Chauncey Depew was one of New York’s U.S. Senators from 1899-1911, but that probably wasn’t the office from which he wielded the most power. Depew was the president of Cornelius Vanderbilt’s New York Central Railroad. It was in his capacity as a railroad tycoon that Depew bought up about 100 acres east of Buffalo in Lancaster for the building of railroad sheds and locomotive repair shops in 1893. From there, Depew sprung. 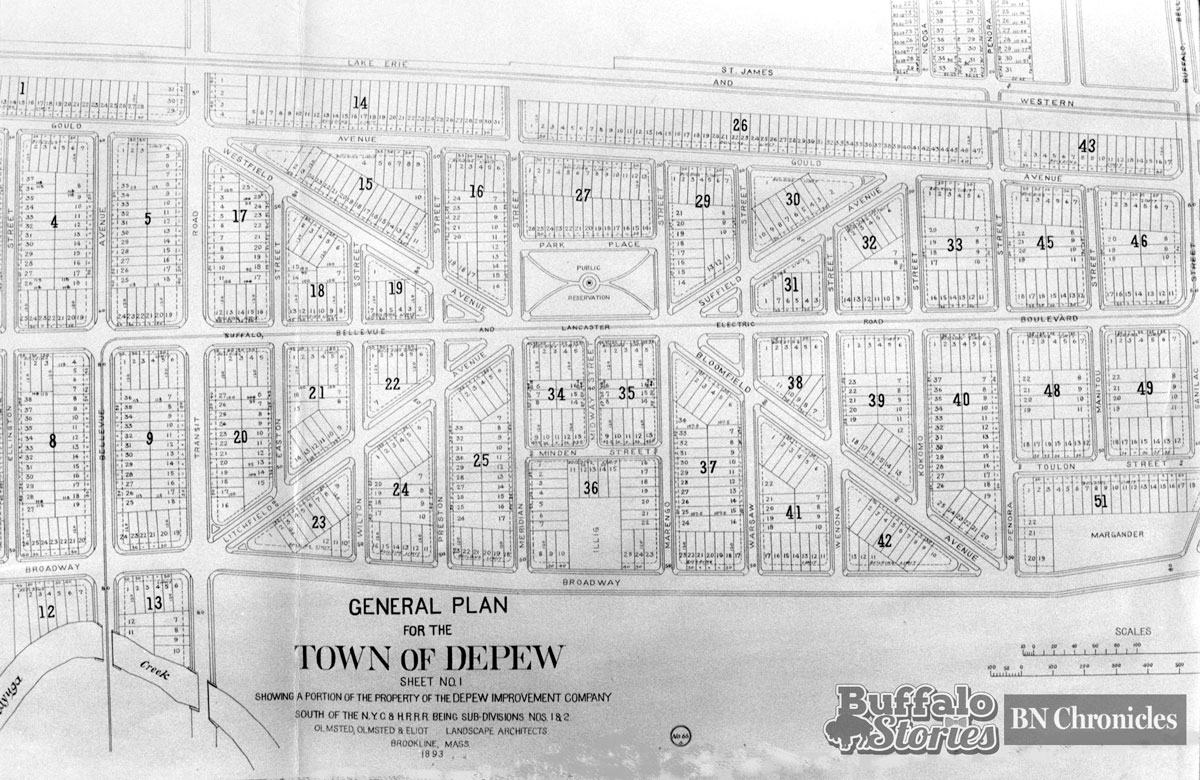 The Town of Depew was envisioned as a model town, and Frederick Law Olmsted — by then a legend in his own time — was contracted as the consulting architect in the designing of the town square.

The proof of Olmsted’s hand in designing Depew had been lost for generations — until a proposed changes to Broadway in 1991 sent historians to Olmsted’s archives, where they found as many as 40 maps of Depew.

It’s also no coincidence that today’s Depew has an Olmstead Avenue. Despite the misspelling, the street was named after the landscape architect. The extra “a” was added in error by a survey company in 1925, and the typo stuck.

There was talk of officially fixing the mistake as recently as 2011, but when Olmstead Avenue’s intersection with Transit Road was rebuilt to accommodate the new Tim Horton’s at the intersection the following year, new signs continued the typo-turned-fact.