The morning after he was slain by two bandits, his Buffum Street neighbors described Buffalo Police Lt. George Uhl as a quiet, home-loving type. Uhl was killed in a gun battle with members of the Bruno Salek gang in 1934. 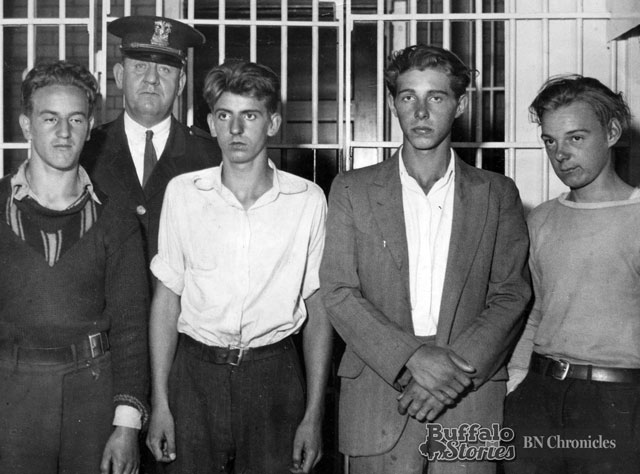 Lt. George Uhl led the detail which captured members of an East Side gang in 1933. (Buffalo News archives)

Uhl was the second officer on the scene when a patrolman pulled over a car on Dodge Street thought to be connected to a rash of robberies across the city. Uhl was pulling up just as one of the car’s occupants pulled a gun on the other officer and threatened to “blow his guts out.”  A hail of gun fire ensued, and Lt. Uhl was left mortally wounded. 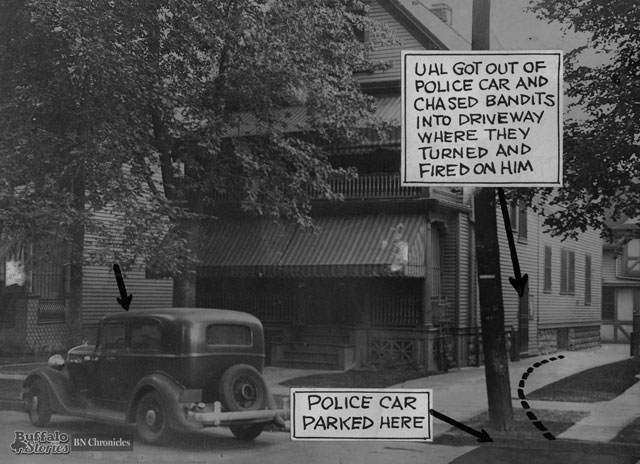 Bruno Salek and Stanley Pluzdrak each had three guns on them, “loaded and ready for immediate action.” The mothers of the teenaged offenders pleaded for mercy, with Pluzdrak’s mother pointing out her son was a Boy Scout. They were both convicted in the slaying and died in the electric chair at Sing Sing.

The young patrolman whose life was likely saved by Uhl’s arrival celebrated the birth of his first child two days before the execution.

“Certainly, knowing George Uhl, knowing the fineness of him, his great heart, his great humanity, I can’t feel otherwise than that the petition of Boy Scouts in favor of Salek and Pluzdrak is distinctly out of order,” Patrolman Harold Milhauser told The News. 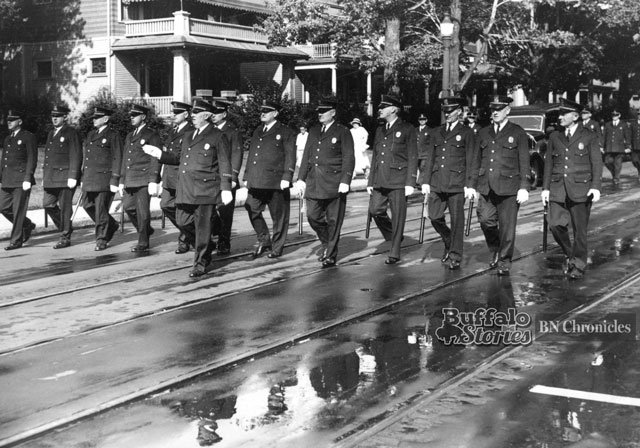 Born in 1884, Uhl came to Buffalo as a young boy with his family from Meadville, Pa. He attended School 33 and Central High School. After several years as a yard conductor for the Lehigh Valley Railroad, he was appointed to the police force in 1909, and made a lieutenant in 1925.

Uhl’s widow was awarded a pension of $50 a month.