The Chiavetta family has been sending plumes of delicious chicken barbecue smoke across Western New York since 1951. 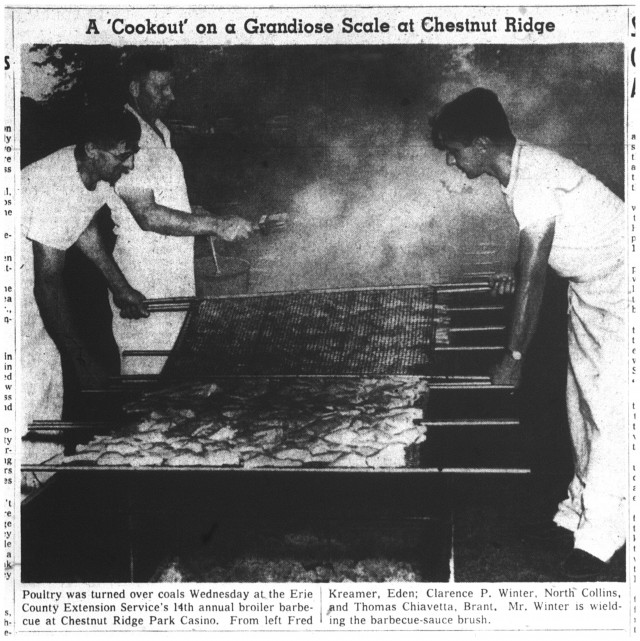 Family patriarch Thomas Chiavetta, who died in 1988, is seen in this 1959 photo manning the grill in much the same way his family still does today, although judging by the headline, the idea of a Chiavetta’s barbecue was novel 57 years ago today.

For decades, lawn fetes, fundraisers, and, since 1958, a visit to the Erie County Fair were the only way to get that unique flavor that just tastes like summer in Western New York. 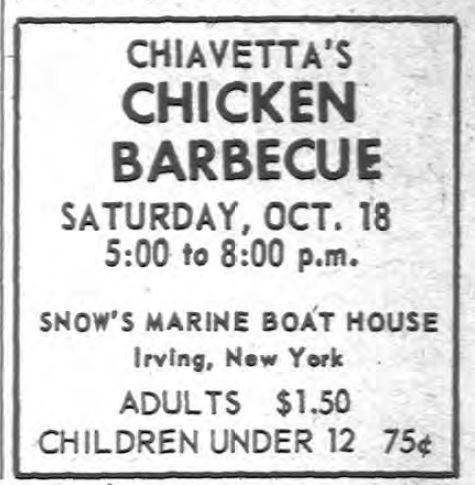 In 1982, after years of being asked over and over for a quart or a gallon of the special sauce that made that special flavor, Tom and Eleanor Chiavetta started bottling Chiavetta’s sauce — and another “must buy” product was added to the arsenal of any ex-pat Western New Yorker trying to take a taste of Buffalo back home. 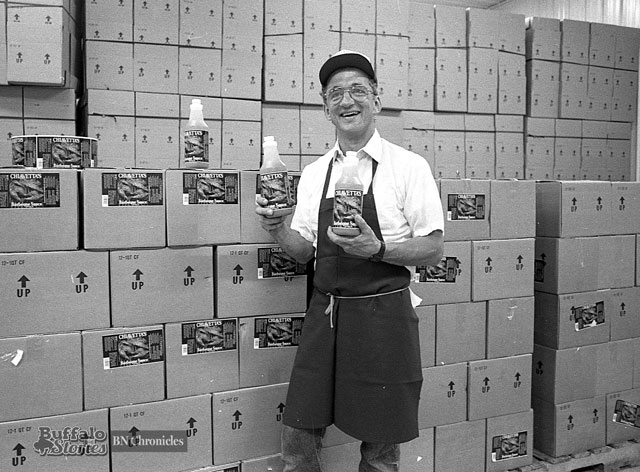 By 1990, Chiavetta’s was grilling 150,000 half chickens a year, and had just opened a brand new 8,000 square-foot facility to bottle their sauce in Brant.

As of 2010, there were new facilities in Pendleton, 300,000 chicken dinners were coming off the charcoal annually, and the sauce was being sent all over the world — including to soldiers in Iraq and Afghanistan.

Clearly, chicken is the family business with the Chiavettas, and has been for a long time. It’s even the way the Chiavetta boys would torture one another in that special brotherly way.

“When I was a little boy, there was a chilling tank we used during processing to cool the chickens,” Peter Chiavetta told News Reporter Jane Kwiatkowski in 2010, “and my brother Tom would pick me up and threaten to throw me inside the tank. I would be screaming for my mother. I was about 5.”

Of course, the best way to enjoy Chiavetta’s is the original way — follow your nose any evening in the summertime. But if you’re going to try to replicate the taste at home? Peter Chiavetta has one word for you.

“Slow. If you can’t enjoy a cocktail (while it’s cooking), you’re cooking it too fast. Have a nice, easy fire so you won’t have to turn the chicken often. Sit and talk and have a few beers.”