In every era of Buffalo television, there have been local commercial pitchmen who’ve left us wondering if maybe we should go read a book. While the usually low budget spots become grating when they play over and over, like most things familiar — they become fun to remember when they’re gone. 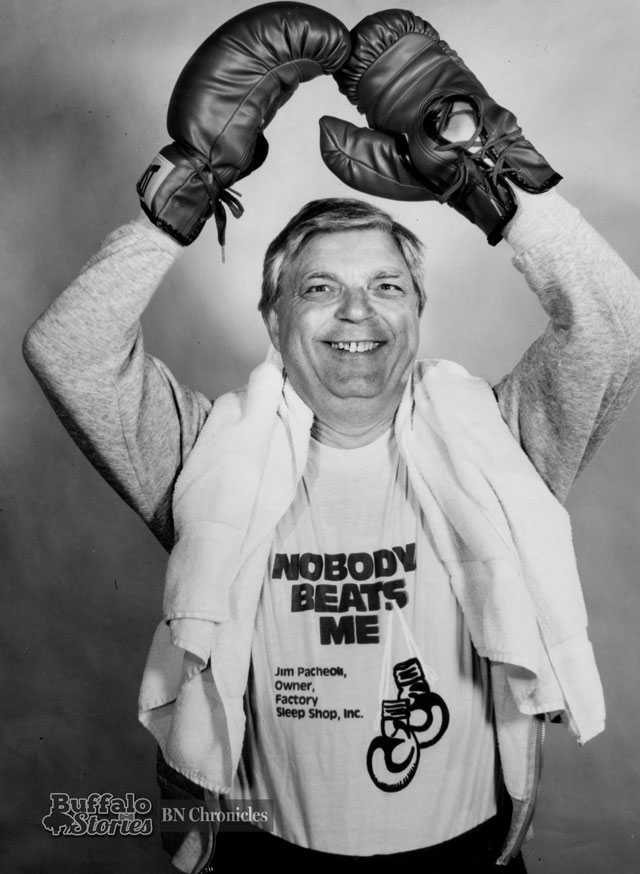 Jim Pachioli was the owner and raspy-voiced pitchman for Factory Sleep Shop. He was often seen in energy-filled TV commercials wearing boxing gloves as he delivered the company slogan, “Nobody beats us, we guarantee it!”

The commercials weren’t great, and Pachioli knew that. “I think it’s a bad commercial,” he told The News in 1985. “But if it’s bad, they remember.”

If you were near a Western New York TV set in the early ’80s, you couldn’t avoid the TV spots. Factory Sleep Shop, reported News Critic Alan Pergament, was spending about $35,000 every month on television ads.

“Not since car dealer Dan Creed looked into the camera and said ‘Shame on you,’ has one local television commercial gotten so much mileage,” wrote Pergament in 1983.

Pachioli admitted in an interview with News reporter Jane Kwiatkowski that while he was embarrassed when people told him his commercials were terrible, the pain was eased when those words came as the people where buying a mattress from him. He was on the floor of his shop 12 hours a day, six days a week. A Buffalo guy who came from a poor family, Pachioli was proud of the business he built and operated from 1960 until his death in 1999. 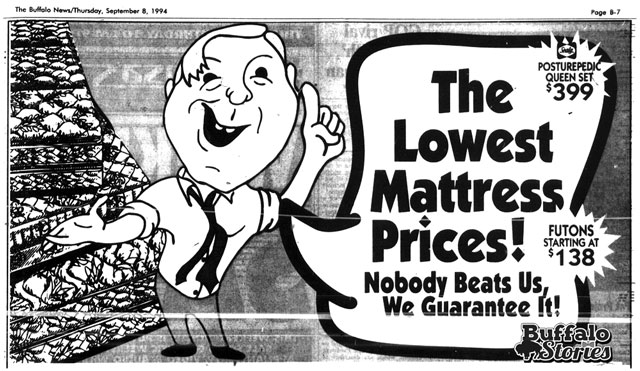