This week we’re looking at Buffalo’s definitive foods, and we’re starting with a classic.

Beef on Weck has been a Buffalo staple since around the time of the 1901 Pan Am Exposition.

Gohn’s Tavern at Main and Delavan, across Delavan Avenue from Forest Lawn’s entrance, was the first restaurant that made roast beef on Kimmelweck rolls a regular specialty.

Gohn moved into a building next door when his property was bought out to put up a gas station in the 1930s. That spot eventually became The Locker Room, which claimed to be the original home of the Beef on Weck.

The Locker Room and Bailo’s on Bailey and Lovejoy were Buffalo’s two favorite Beef on Weck spots for generations, but the sandwich was really Buffalo’s signature bar food, and available at dozens if not hundreds of taverns around Western New York.

MORE: Torn-Down Tuesday: Bailo’s, famed for beef on weck and an urban legend 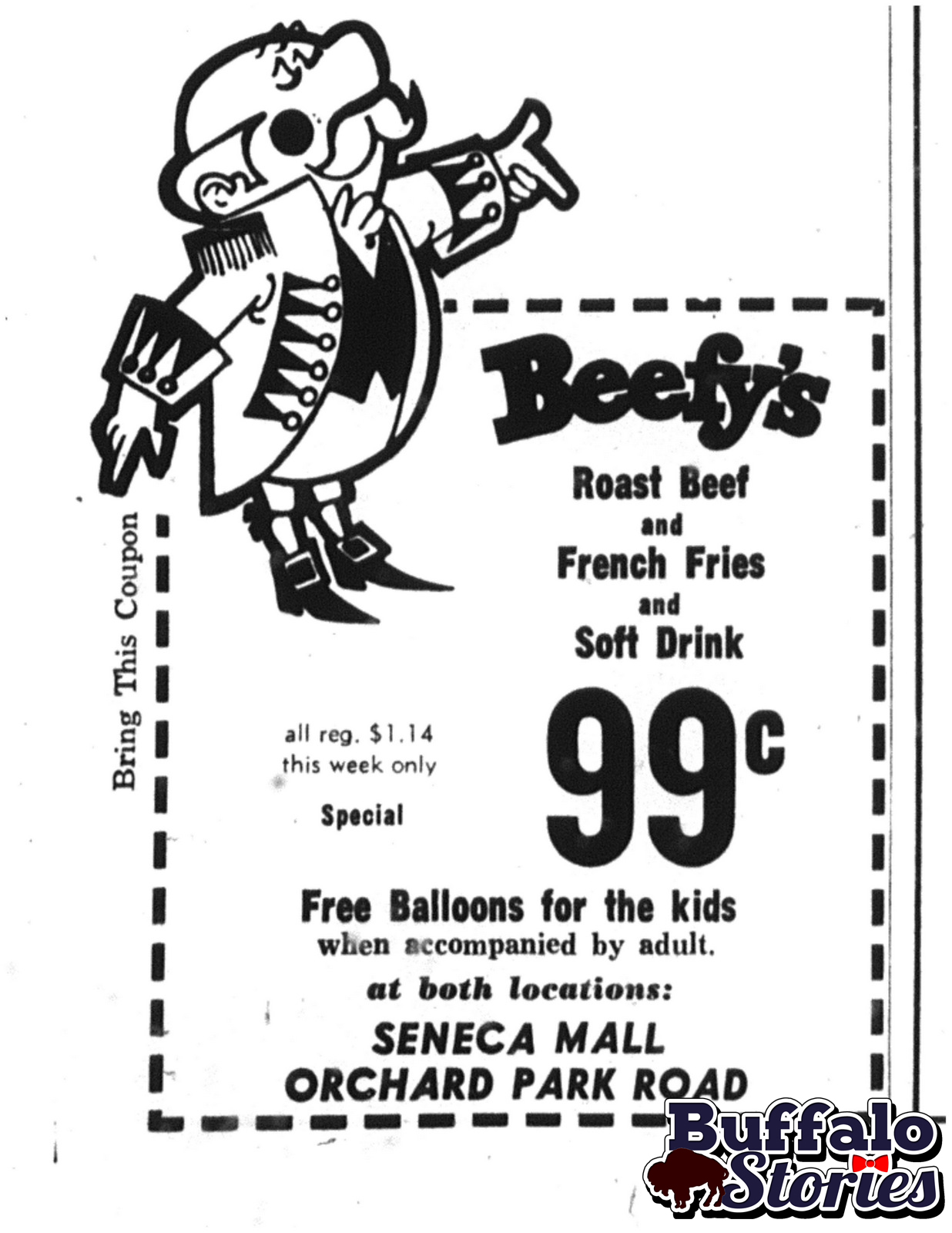 There was even Beefy’s– the local roast beef fast food place that offered Beef on Weck at the Seneca Mall and a few other locations in the 1970s.

These days there are plenty of places that will serve you a Beef on Weck sandwich, but very few gin mills with a giant slab of beef and a pile of hard rolls right there behind the bar– the way the sandwich was first served more than a hundred years ago.

But the Beef on Weck remains one of Buffalo’s definitive foods.