Happy birthday to my ol’man– who if on this mortal coil to celebrate, might very well have mixed up some terribly weak iced tea in the blue container you can see on the counter in this late 80’s pic. 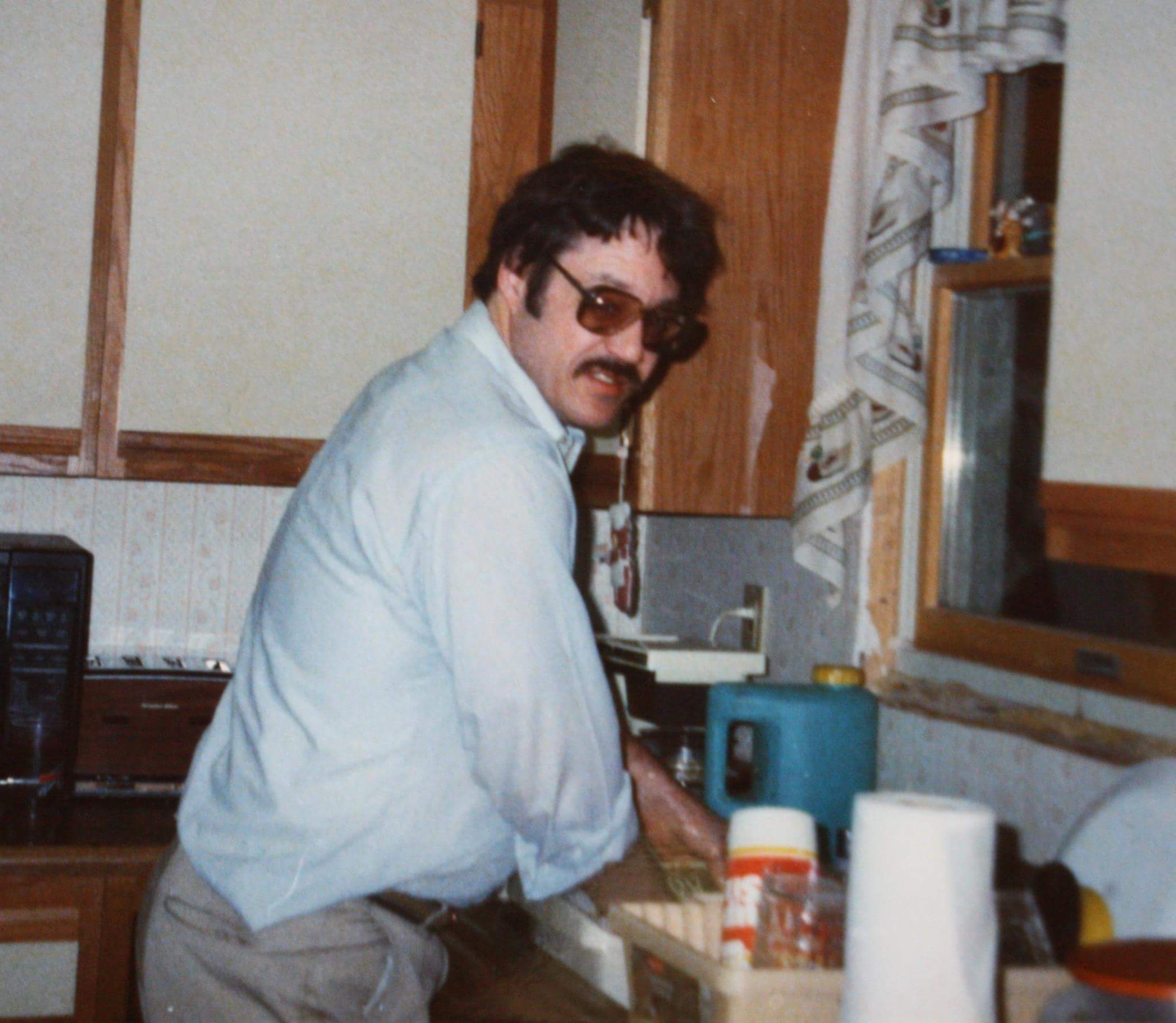 He then would have mixed that barely-iced-tea with some turpentine-like cheap blended whisky in that plastic McDonald’s Super Size cup to celebrate this, his 65th birthday.
Dad was always an original, and usually did whatever sounded right to him, no matter what anyone had to say about it. By the way, the look he gave me for taking this picture is also the one he’d give me for writing this nonsense and sharing this photo.
It’s become a bit of a tradition to do a fat shot of Dad’s favorite whiskey on special days of remembrance– like his birthday, Father’s Day, the day he died.
When you go into the liquor store and buy a plastic fifth of Kessler, the assumptions people make about you aren’t great— but anything for my ol’man!
The shot glass is one of the few remaining artifacts from the gin mill he owned at Elk & Smith Streets in The Valley, and if he never drank a shot of Kessler out of it, he’s certain to have lined up the explosive half of hundreds of boilermakers in this indestructible vessel.   You need something indestructible to serve a drink that could also be used to strip varnish off a footlocker and clean rust off a chrome bumper. 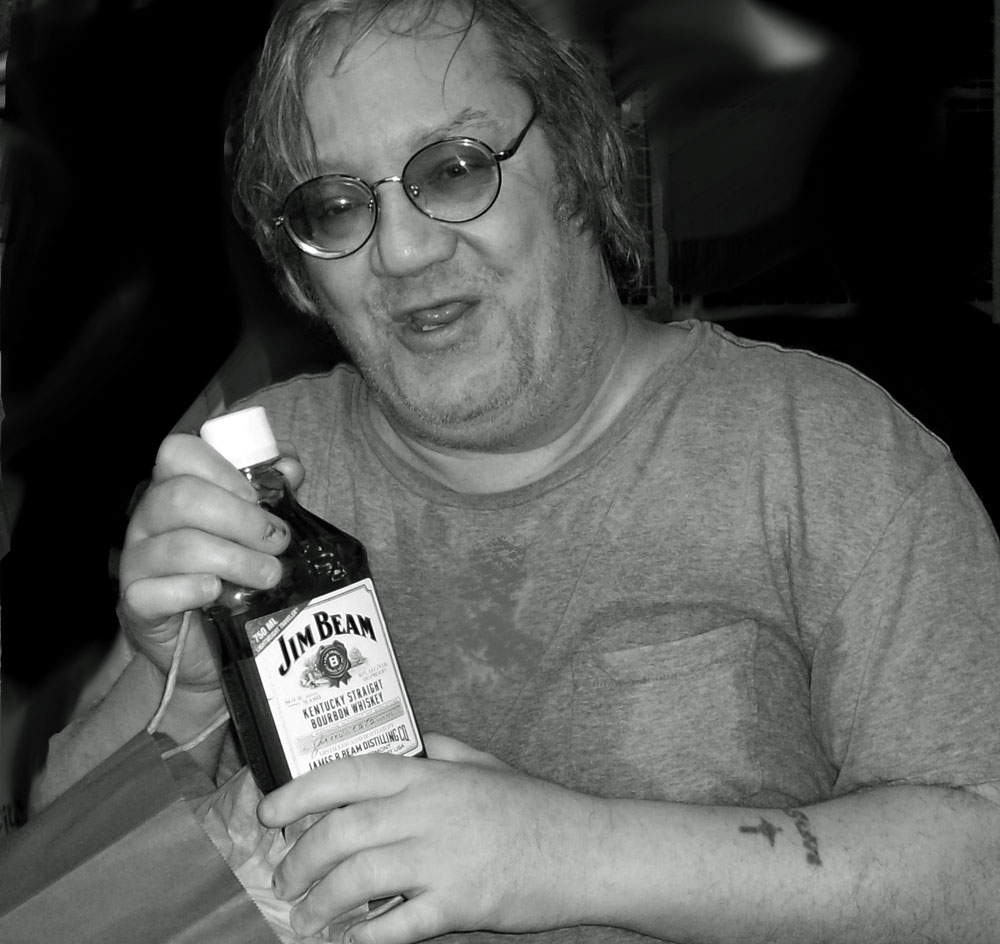 Because my dad’s hands didn’t work that great in his last few years, the brand of whiskey I’d buy him was less important than the plastic bottle. He really wasn’t supposed to have it at all with all his medical issues and medication– but how can you not visit the easiest way to bring joy to his broken body and soul. I had to do it.
Of course, dad liked a drink… but I think there was more joy in getting the bottle and “hiding it” from my mother than there was in actually drinking it.
Happy birthday, dad!