I freely and openly admit it. I often share terrible and ugly and embarrassing things on social media that at the heart of it, even I would rather keep to myself.

The latest example: Kidney stones. After laying in bed writhing and screaming for about two hours, I started to think about what good could come of it. That’s usually how it happens, these TMI moments. Now I can scream and not sleep and annoy my wife (who was, as always, an absolute sweetheart), and just be miserable, or I can try to A.) in some small way cheer myself up by being stupid about this awful predicament, and B.) more importantly, maybe help someone by sharing my experience.

I’m not a whore for attention. Believe me. You should see some of the crap I don’t put on Facebook. But, if something I’d really rather keep private might help someone, I have to share it. We all have suffering in life. It’ up to you what you are going to do with it. 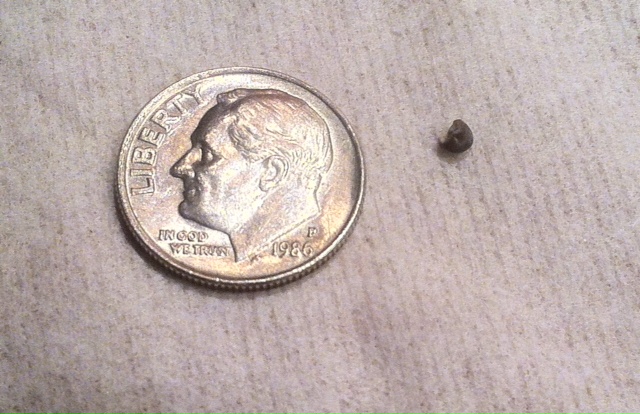 Putting up a photo of a kidney stone is gross. People I don’t know, some of whom I don’t want to know, are now privy to my most personal business. But I gotta tell ya, every time I talk about something that doesn’t come up in polite conversation, I wind up talking someone through something similar. Or pointing out a red flag to someone. Or make something gross and impolite a little less so, so that people address problems in their lives that are easy to avoid because no one wants to talk about them.

So I talk about kidney stones. And poop. And colonoscopies. And you should see the private messages I get. You can’t talk about Celiac Disease or Gastritis without talking about bum problems. Apparently, given the crap I write (get it?), people are willing to talk to me about ways to makes themselves healthier. And if my shitty health (again, hilarious) and my experiences in trying to be healthier can help someone from making mistakes I made, isn’t that worth offending the sensibilities of some Victorian wannabe.

You should be talking about your pains and poop and craziness, too. It could literally kill you.

Physical pains and problems got much easier to talk about when I took pen to paper and laid out feelings about death and relationships here. It’s something else I’ve found to be helpful to me and to others. I don’t know how I could have gotten through some of life’s biggest traumas without writing about them, sharing them, having others learn from my pain, and drawing an amazing amount of strength from that.

Maybe about 10 years ago, when my dad was in the ICU at the VA Hospital, I was sitting in the waiting room as they were doing something that necessitated me being out of the room. As you may remember, in the days before smartphones, people would read magazines in waiting rooms. Remember?

Well, this time, I read a long story by Mike Wallace about his long struggle with depression. As someone who has struggled in a small way with depression for as long as I can remember, this was the first time I’d ever read about someone struggling with it. And nearly losing to it. And coming back again, only to be beaten down again. Mike Wallace, the peppy guy I’d been watching on TV every Sunday for my entire life, felt the same way I felt sometimes.

What a freaking revelation. I read that at a time when I really needed it. I haven’t thought much about what I’m about to say, but I think it really changed my life. For the better. I don’t know what would have been had I not read that.

I’m thankful that Mike Wallace wrote about the most painful chapter in his life to make my burden a little lighter to carry.

And, just like finding a dead body on the streets of New Orleans after Hurricane Katrina or having my union locked out of my job at Channel 4, there are some life experiences that you’d just rather not have… but when you have them, you’d better learn from them. And if you learn and don’t share, what they hell is wrong with you?

TMI? Sure. But share something that matters to you, no matter how personal, and you’ll reap the rewards, I promise.