A decade after leaving the White House, Harry S. Truman spent 38 hours in Buffalo during the spring of 1962. 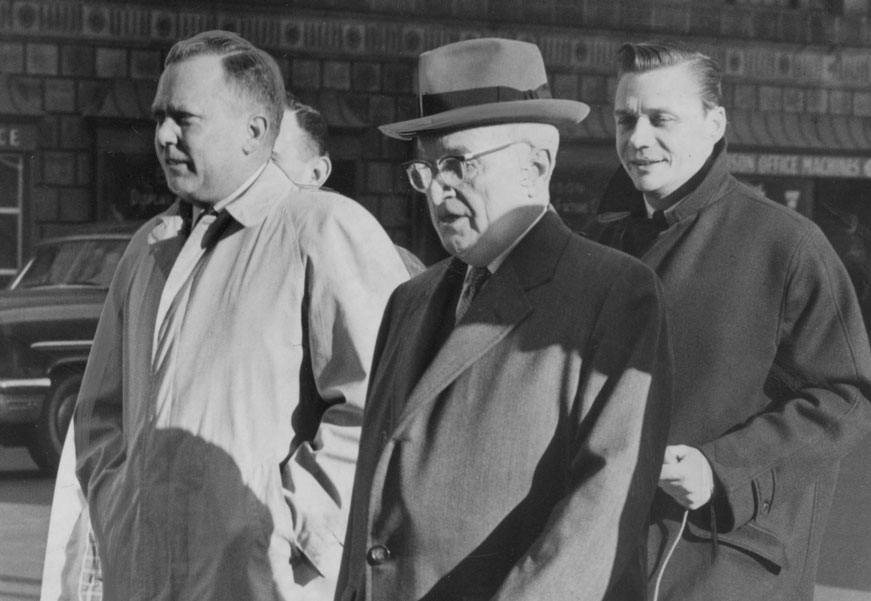 The highlight of the trip was an honorary doctorate from Canisius College. During an address at the Jesuit college, Truman spoke for 30 minutes, mostly about the Cold War.

“You can make agreements with them but the record shows it won’t do any good.  I wouldn’t trust them across the street even if I could see them,” said Truman. He also said that Josef Stalin, who died in 1953, and the Soviets lied to him personally at least 32 times.

He also touched on “the race for space” and continued nuclear development and testing, saying all were vital, likening the work being done to that of Thomas Edison.

“If he had stopped then, we’d be sitting around here in candlelight,” Truman told about 300 students in attendance.

Truman told reporters that he’d never had so many intelligent questions asked of him as he did by the students of Canisius. “And I have been to Yale, Harvard, Columbia and my own University of Missouri,” he said as he smiled.

Among the tough questions was one about the famous letter “threatening the manhood” of a Washington Post music critic who had panned his daughter’s singing. It was written on White House stationery.

“Both my wife and daughter wept after that. They’d said that I ruined them. But in the 1948 election there wasn’t a man with a daughter who didn’t vote for me. It isn’t what I did it for, but that’s the way it worked out.”

That was near the end of the student questions.  “I stood there an hour answering their questions and when they got too tough, I quit,” said Truman.