Each week, I sift through hundreds of photos from The Buffalo News archives and pick out a handful of them to write about.

The selection process is a combination of keeping the topics varied, the academic historical or pop culture significance of the photo, and potential for wide interest among our readers. Those ideas run in the background as two basic ideas either raise or lower the stature of a potential photo. 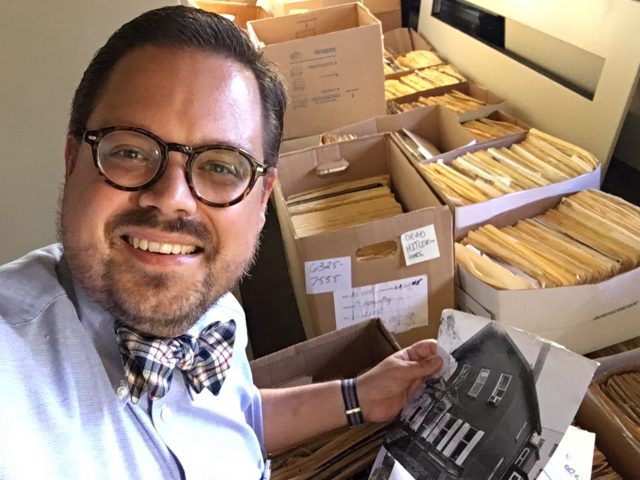 First is something elementary. The better the image in its clarity, its art, its representation of something interesting — the easier it is to pick.

The second idea is perhaps a bit less obvious. I’m constantly asking myself, how can what’s represented in the photo be a reflection of some element of our region’s exciting and boundless future?

While it’s my job here at BN Chronicles to look back at the past, it’s never my intention that we live there.

I recently wrote a piece about Sattler’s 998 Broadway location, which arguably is nothing more than an exercise in nostalgia and the way things were in Buffalo for generations past.

Of course, there is some of that. Maybe in large measure with a story about an institution that was so much a part of our cultural identity for so long. But my hope is it doesn’t end there.

Reaction to pieces like Sattler’s vary.  Some people share happy memories. Others are disgusted that the store ever closed. Still others lament the demolition of the landmark 998 building. There was also at least one person who clearly hasn’t been to Buffalo in a while – someone just seeing the 1982 news of the store’s closure for apparently the first time.

With a story like Sattler’s, it’s my hope that while our memories of a once-great institution are conjured up, that we also be inspired to take that memory and make it a part of whatever the next great thing is for our area.

The 1,000th look at the critical and the mundane: What BN Chronicles is all about

What might seem to be Buffalo’s over-indulgence in nostalgia is really a much deeper story.

For two full generations, it felt like Buffalo was in a free fall, and so much of what we loved about Western New York was disappearing. Our family, friends, and neighbors were moving away, so many of our longstanding local institutions were going out of business, and for a very long time, there wasn’t much in the way of “new and exciting” around here to grab our interest.

The good news is, with all that is happening in this rebirth and renaissance in Buffalo, some of the borderline sad-faced despair we’ve felt over long-gone things. It’s now being replaced with happy-faced hope and a bright new energy in trying to reimagine our past as part of our future.

We Buffalonians are proud of our “Buffaloness.” We like that sense of community, and sharing our love for who we are as people. The reason you always run into someone from Buffalo no matter where you go in the world isn’t necessarily because there are more of us around– it’s just that we wear WNY on our sleeves and love to show it off.

The difference today versus 10 years ago is how those conversations in airports and beaches around the world end. The Aud isn’t a wasted opportunity anymore – Canalside is our future. Twenty thousand men once worked at Bethlehem Steel, and now it’s just weeds – but they are expecting to have that many jobs at the Medical Campus over the next few years.

There are a million Buffalo nostalgic thoughts we all carry. The Aud. The Rockpile. 998 Broadway. The scared-to-death feeling that the Comet might crash into Lake Erie. As our future gets brighter, those thoughts seem less like a maudlin exercise in yearning for the past, and more like a foundation for the future and sort of a secret handshake to the very best community any of us have ever experienced.