As part of the Depression-era programs meant to put men back to work and rebuild the nation’s infrastructure, the Works Progress Administration started working on $1.7 million in improvements and modernization at the Buffalo Airport in Cheektowaga in November 1937. 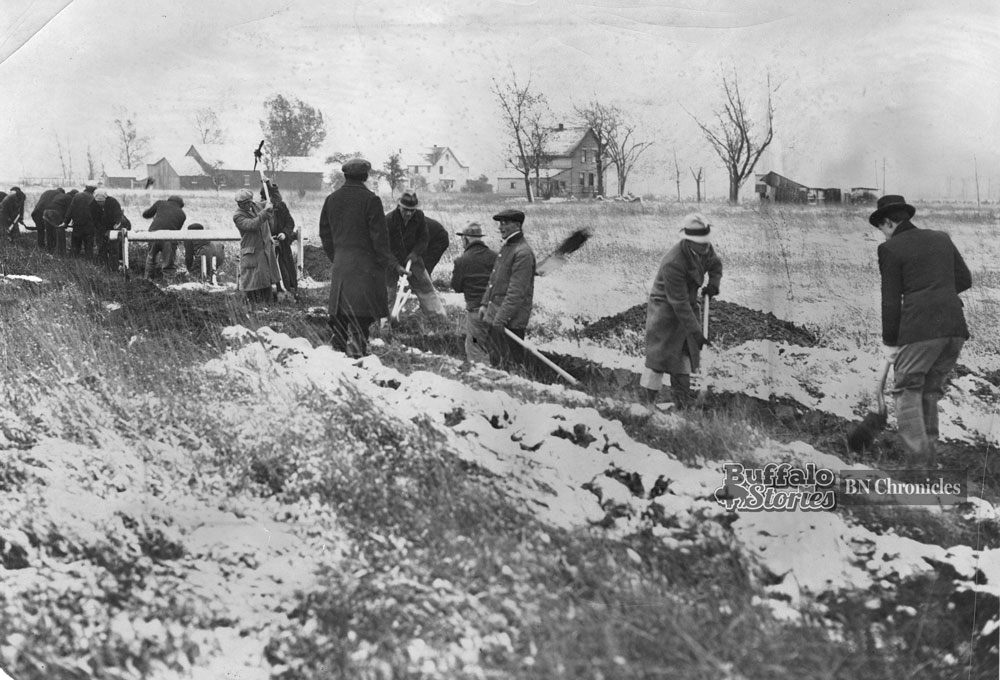 A rural Cheektowaga scene behind WPA workers, starting to build out a new wing of the Buffalo Airport in 1937. Buffalo News archives

The planned upgrades allowed for more daily flights to be added, like the Buffalo-Washington route which started the same day work began. Buffalo Congressman (and later U.S. Senator) James Mead was on that first flight, which was called historic for several reasons.

One was faster mail delivery times, shaving a day or two off mail taken by rail. The real excitement surrounding the new “Buffalo-Washington skyway” involved Canada, and the hope with increased improvement, that Buffalo could be the middle hub in the air link between the U.S. capital of Washington and the Canadian capital of Ottawa.

“Thus another history-making flight was noted in Buffalo’s aviation record.”