With the ability to load and unload up to 11 buses simultaneously, Buffalo’s new Greyhound Bus Terminal opened at 664 Main Street in 1941. By 1948, it was a well-established terminus of travel to, from, and through Western New York. 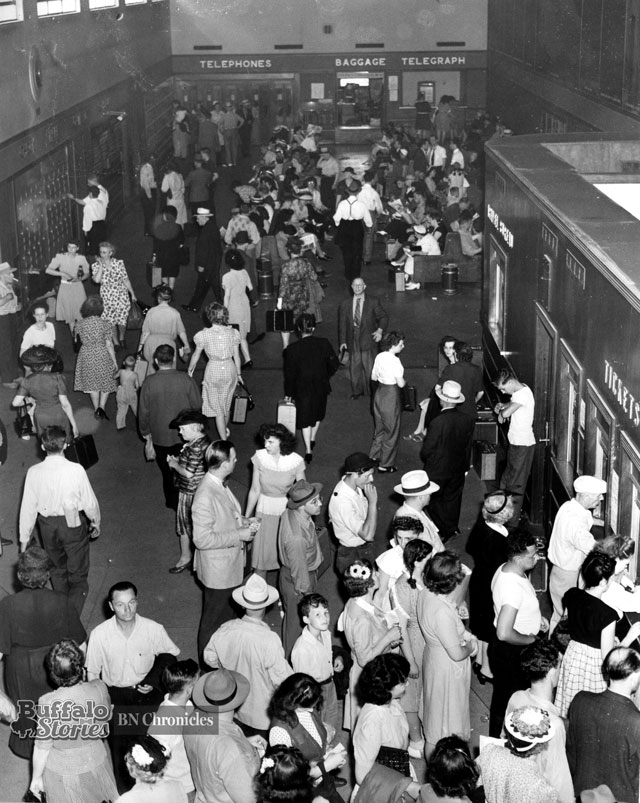 Buffalo was among the most important stops on the entire Greyhound system, according to one executive, who called Buffalo the Gateway to Canada and the major transfer point for the tens of thousands visiting Niagara Falls by bus every year. 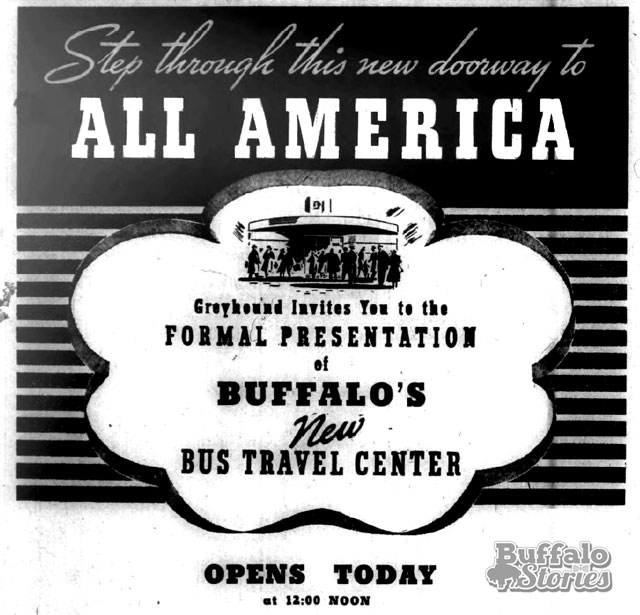 Among those there for the ribbon cutting was Greyhound President CE Wickman, who was greatly responsible for the growth of and manner by which modern bus travel developed. 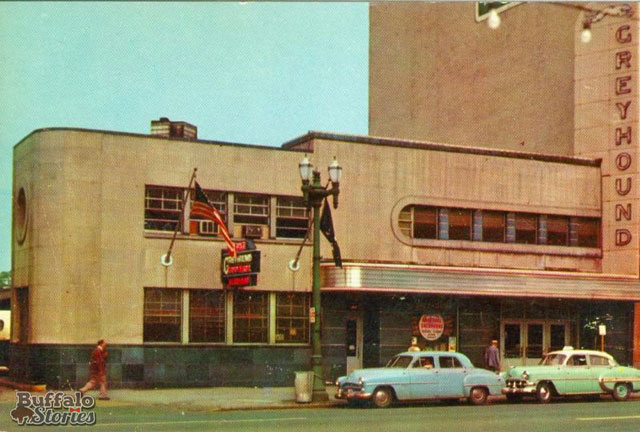 The terminal was a backdrop for the film “Hide in Plain Sight,” and was a Buffalo Police Substation for several years. It has been the home of the Alleyway Theatre since 1985.