The concept of the American Teenager as we know it today is a relatively new one.

In the simplest of terms, after decades of economic depression and war, young people of the late 1940s had less responsibility, more economic freedom and a growing segment of pop culture being cultivated to employ and take advantage of that free time and free cash.

For 70 years, more mature generations have been panning the choices of teenage girls and especially the fervor with which they make those choices. The names change, but from Frank Sinatra to Justin Bieber, rigid-minded adults can’t understand all the swooning over (some singer) with (some bizarre haircut, bizarre dance, etc.).

By 1964, American fuddy-duddies had withstood the waves of bobbysoxers and Elvis’ wagging hips — but the arrival of a moppy-headed quartet of singers from England took the genre up another notch.

If there’s a start date for Beatlemania, you might choose Feb. 9, 1964 — the date of the band’s first appearance on “The Ed Sullivan Show.” About 60 percent of American televisions were tuned to the performance of the nation’s No. 1 top single, “I Want to Hold Your Hand.”

Immediately, adults started to try to make sense of the mania.

In a matrix that has repeated itself time and time again as American Pop Culture has evolved, the aversion to the Beatles was just as strong as the fanaticism of their young followers.

What was it about the Beatles? everyone seemed to want to know. Was it the haircuts, asked the Courier-Express’ “Enquiring Reporter” of Western New York high school students?

One boy from Cardinal O’Hara High School was convinced that it was “The Beatles’ weird looks more than their musical ability” that made them popular. Many others agreed, but said it was the combination of talent and different looks that made the Beatles “just far out.”

Whether you loved the Beatles or hated them, they were clearly a growing economic force to be reckoned with.

It wasn’t just with the expected idea of record sales at places like Twin Fair, more staid institutions such as AM&A’s were offering “The Beatle Bob” in their downtown and branch store beauty salons. Hengerer’s was selling Beatles records and wigs. 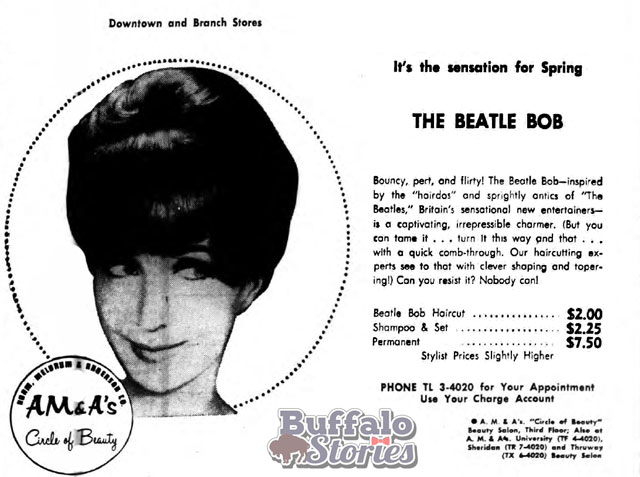 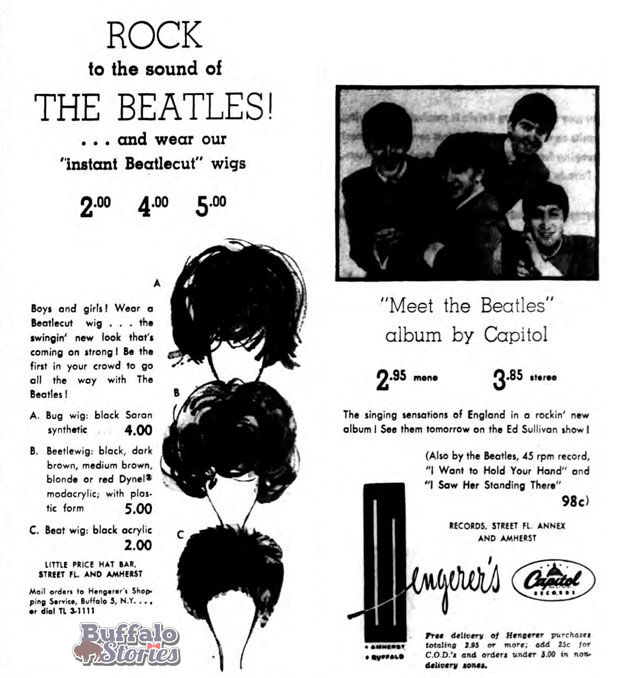 A month after the group’s first appearance on Ed Sullivan, a couple of doors down from Shea’s Buffalo, the Paramount Theatre sold out a weekend’s worth of closed-circuit showings of a Beatles concert. 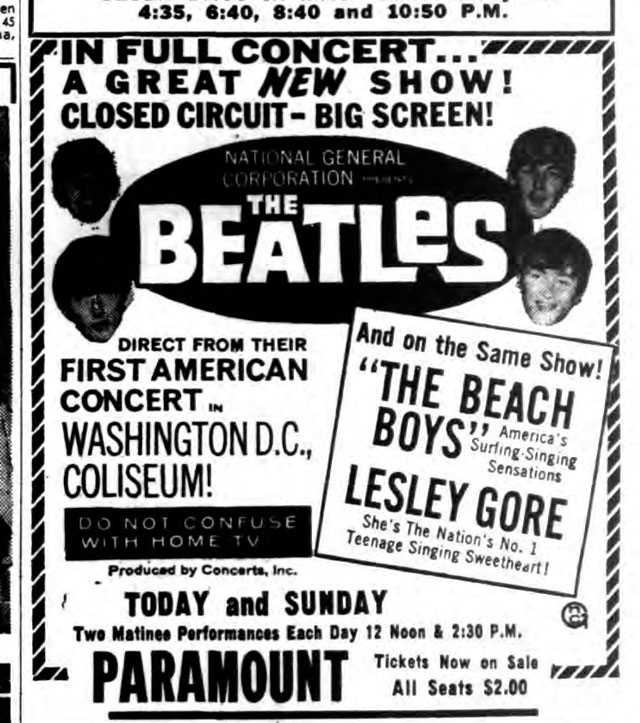 Eighteen uniformed Buffalo Police officers were hired to help keep the peace among the more than 2,500 teens who showed up to watch the show at the Paramount, which was hosted by WKBW disc jockey Joey Reynolds. The only slight hint of misbehavior on the part of Beatles fans came when the infamous rabble-rouser Reynolds declared on the stage, “I hate the Beatles!” and he was pelted with jellybeans.

Beatlemania continued at a fever pitch through all of 1964 and 1965.

Local bands like the Buffalo Beetles, later renamed the Mods, enjoyed popularity and even their own records on the radio. After the July, 1964 release of The Beatles’ first film “A Hard Day’s Night,” the summer of 1965 saw the release of the Beatles’ second movie, “Help!,” which opened at Shea’s before moving onto the smaller theaters and the drive-ins. 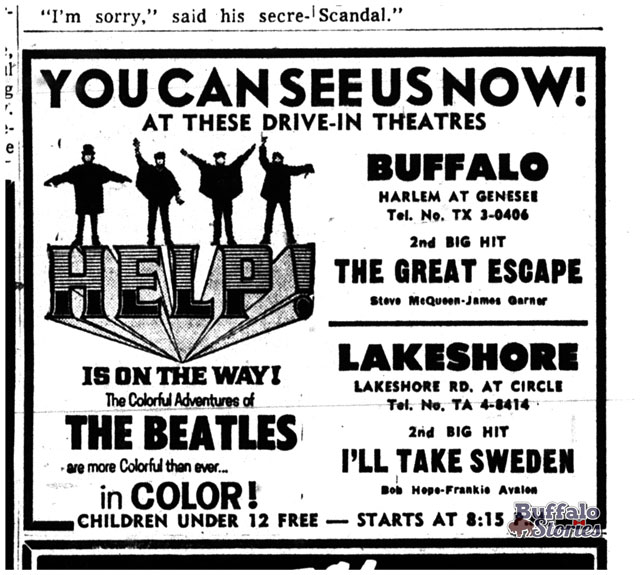 The Beatles also played a concert at Toronto’s Maple Leaf Gardens in August 1965. There were at least a couple of dozen Buffalonians in attendance courtesy of the WKBW/Orange Crush Beatles caravan, hosted by Danny Neaverth. 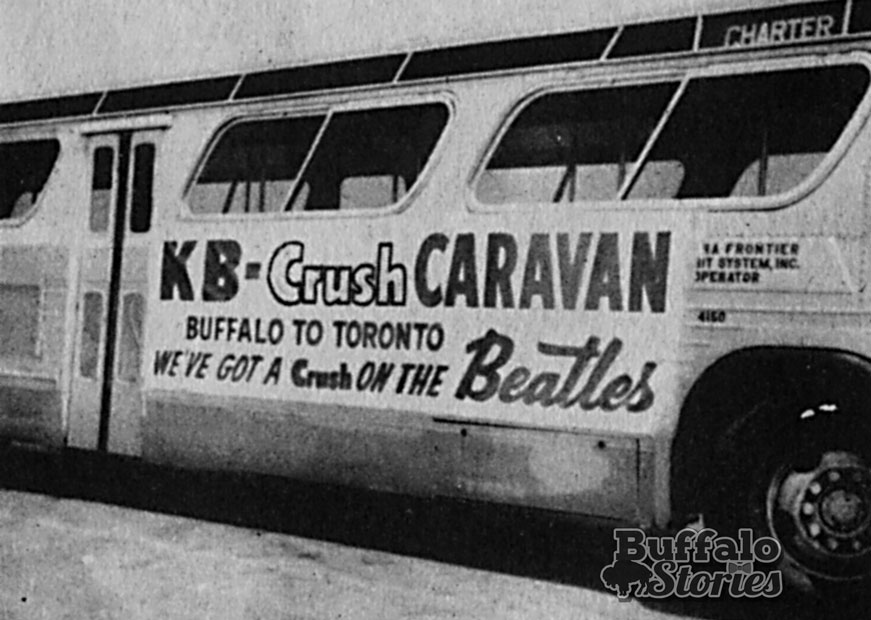 Sixteen-year-old Jay Burch of Orchard Park High School described Beatlemania from the midst of it in 1964 this way: “The Beatles’ singing is OK, but it’s the haircuts and dress that make them standouts. … The Beatles are different. They got a good gimmick and made it work.”

Many of Buffalo’s Beatles dreams finally came true on Oct. 22, 2015, when Paul McCartney made his first appearance in Buffalo, singing songs that many in the audience had first heard 51 ½ years earlier for the first time on a Sunday evening with Ed Sullivan.