After the Great Depression and World War II, by the end of the 1940s, people were ready to spruce up and replace many of the worn out, faded, and busted things that they’d stretched long past their natural lives.

The Buffalo Fire Department was no exception. Not only was the equipment on hand worn out, advances in technique and equipment meant that an influx of new apparatus was needed to make Buffalo safer in a more efficient manner. 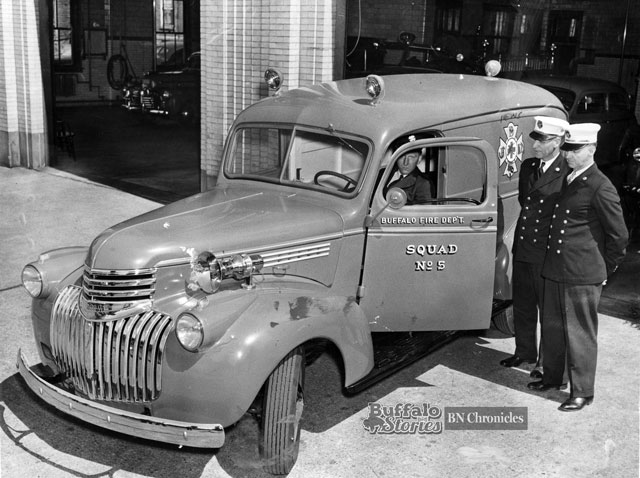 This was one of seven light first-aid ambulances purchased by the Buffalo Fire Department in the 1940s. Commissioner Masterson and Deputy Commissioner Becker are looking on as Stanley Rebka sits behind the wheel of the rig destined for Squad 5 on Rhode Island Street.  “Equipped with inhalator, stretcher equipment, etc., these units respond to first-aid calls instead of the costly practice of sending larger equipment,” said the original caption. 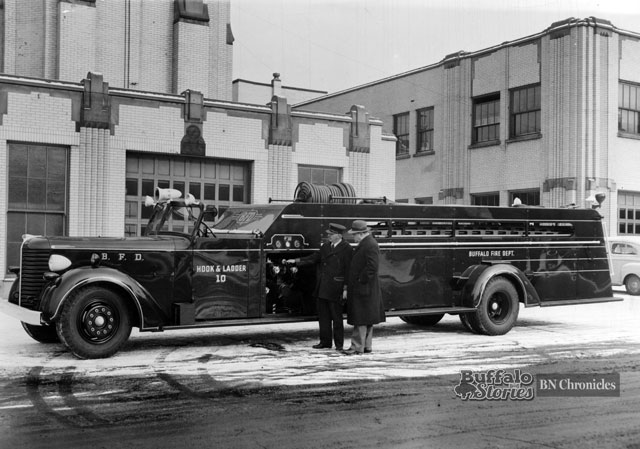 This brand new truck destined for Hook & Ladder 10 on Southside Parkway was built to order by Buffalo Fire Appliance Corporation on Central Avenue in Lovejoy.

Master Mechanic George Leo and Commissioner Turbridy check out the new style “quad” truck, with a 1,000-gallon-per-minute pumper, 300 feet of ladders, and a 100-gallon water tank. 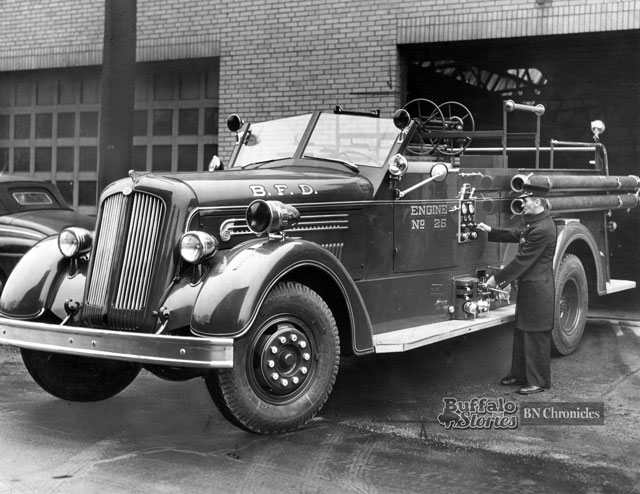 This $17,900 fire truck would soon be delivered to Engine 26 on Tonawanda Street. Fireman John Garvey is looking over the truck, which would cost just under $200,000 in 2016 dollars. 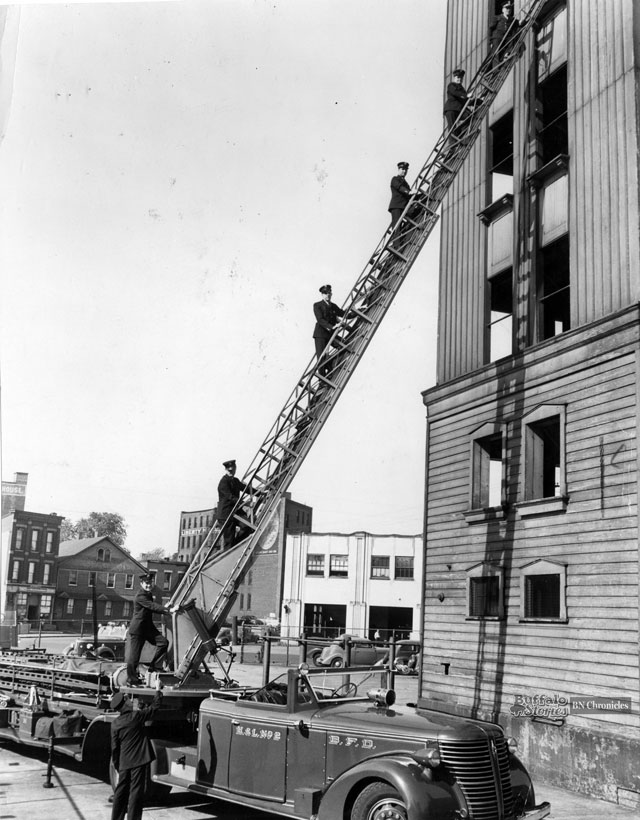 Buffalo’s bravest just couldn’t wait to try out Hook & Ladder 2’s new rig at the drill tower at Court and Terrace behind City Hall. Shown on the $22,300 truck are the men who were assigned to operate it at the South Division Street hall. From the top down are Captain Louis Kron, firemen Francis McMahon, Stanley Panek, Emmett O’Leary, Michael Shea and Joseph Long. Captain James Forehead directs from the ground.

The background shows Buffalo Fire Headquarters to the right, along with several long-gone Lower West Side structures, victims of urban renewal.