“When the fog horn at the entrance of Buffalo harbor begins its mournful ‘moo,’ ending in an abrupt roar, it does more than prompt some of the populace within its range to answer in lurid expletives, or send others to demand of officials that it be stilled.” 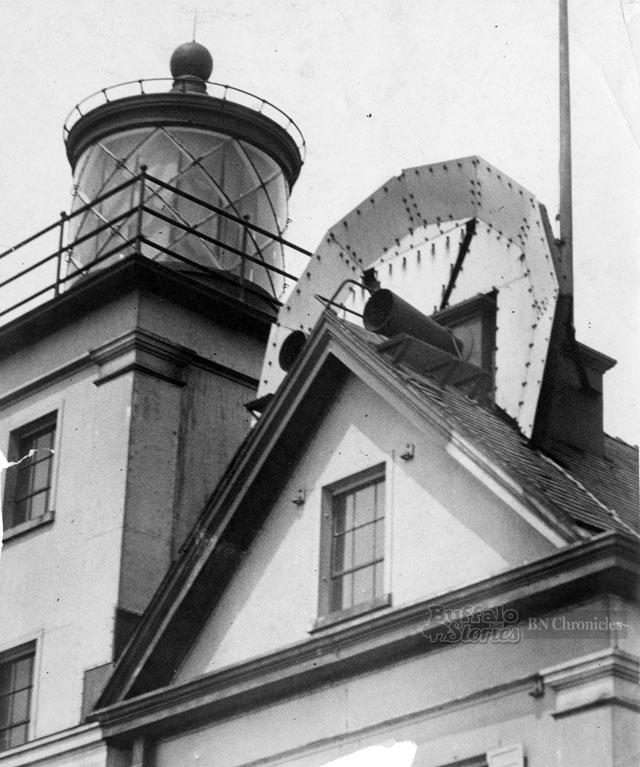 Buffalo’s main lighthouse — and attached diaphone foghorn — was known as “The Breakwater Light” at the time of this 1930 photo.

To beat the frequent Lake Erie fog, the lighthouse’s great fog horn — which could be heard from 25 miles away — was sounded to bring those lake freighters in safely.

This horn is similar to the one that graced Buffalo Harbor in the 1930s.

While the blaring horn helped ships’ captains pilot their craft, “the mournful moo” was not, as you might imagine, conducive to sleeping in the vicinity of the harbor. 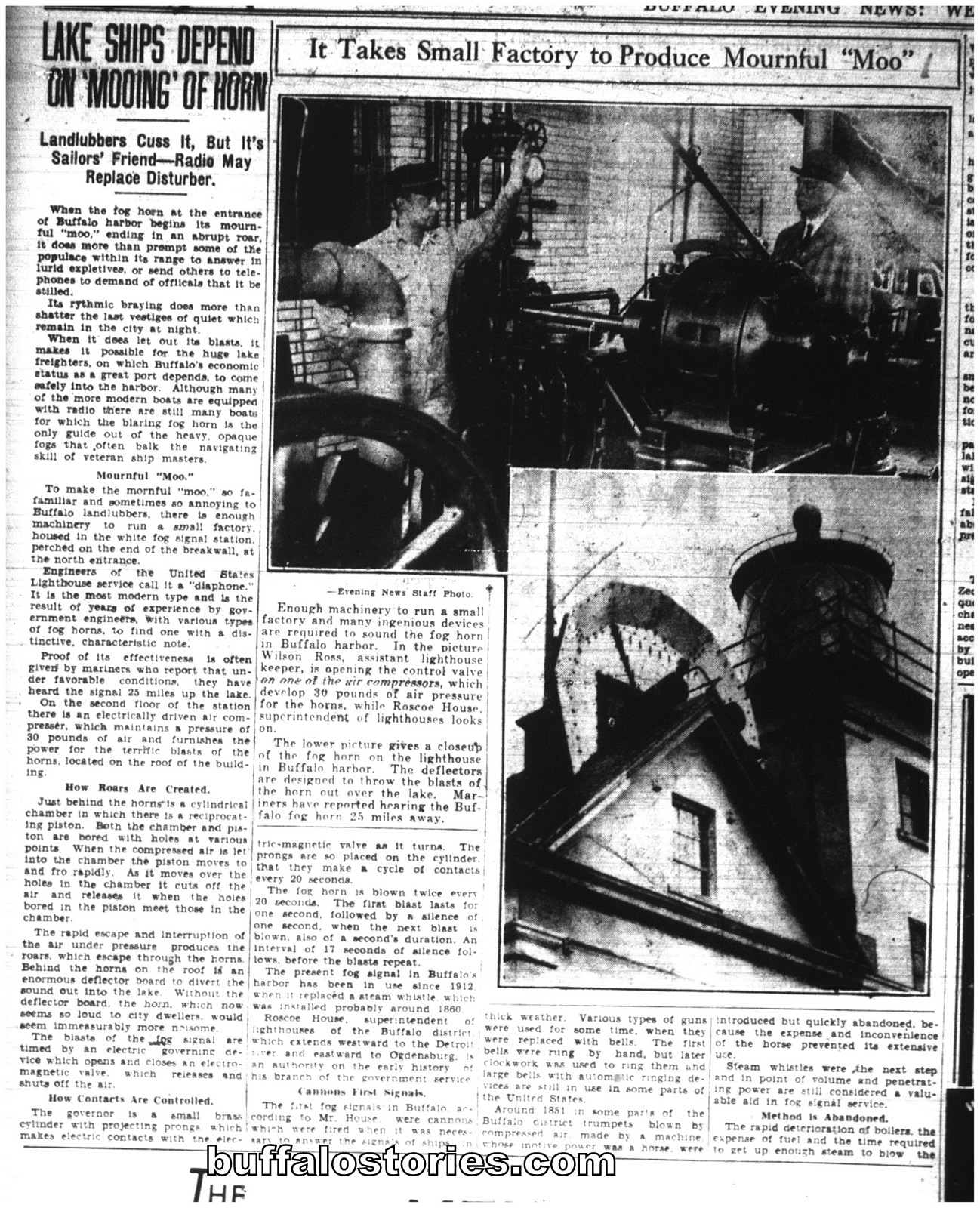 It’s not clear whether the photo was printed incorrectly in the paper or on the photo print that was found in The News’ archives.