Wednesdays were a special day downtown through the 1950s and 1960s…

Because of a long running commercial which started running in 1969, you might have one idea from the world of marketing about Wednesdays.

But through the 1950s, Buffalo’s downtown merchants were encouraging the ladies of the house to get on the bus and head downtown to shop on Wednesdays– because Wednesday was marketed as Downtown extra value day. 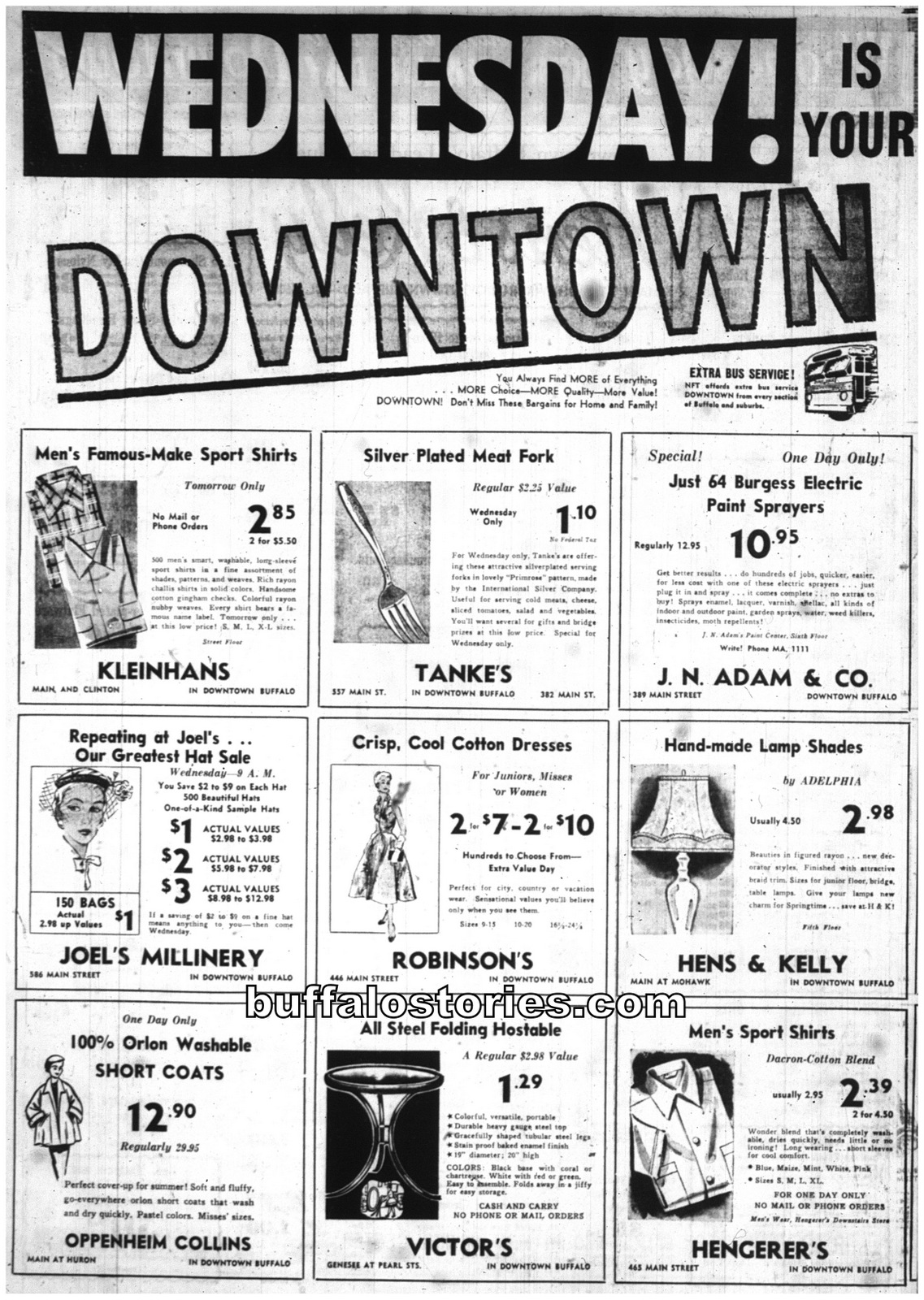 Women who donned a hat and grabbed the charge-a-plate and a few bus tokens were treated to sales and special bargains were to be had at stores such as Tanke’s, Kleinhans, JN Adam’s, Hens & Kelly, Oppenheim Collins, Victor’s, Hengerer’s, Neisner’s, Flint & Kent, Kobacker’s, LL Berger’s, AM&A’s, Grant’s and plenty of others, all advertised in special sections that were included in the Buffalo Evening News and the Courier-Express. 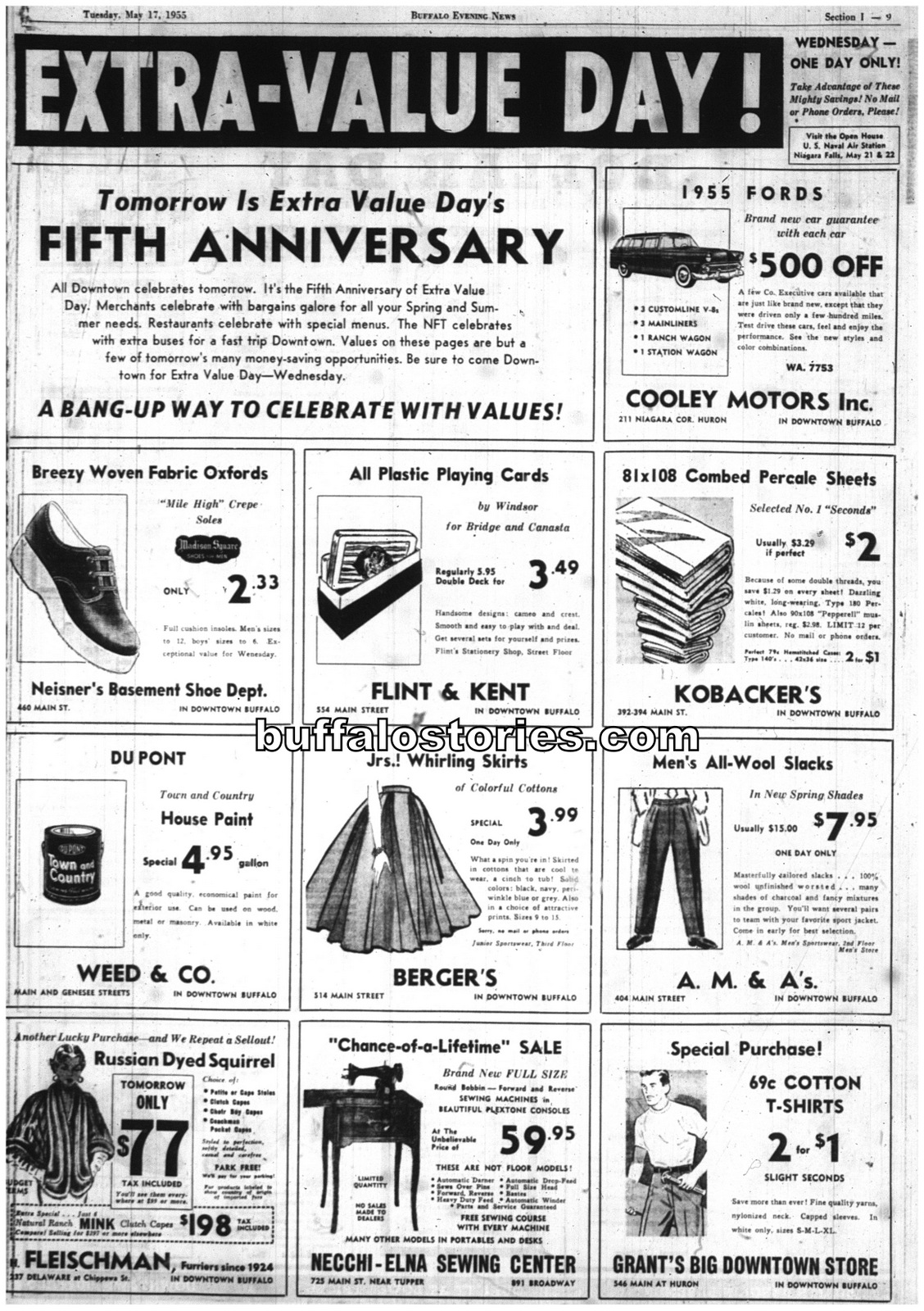 Long after the marketing had stopped, there were still plenty of Buffalo ladies who made Wednesday their day to go downtown.

The Otto Ulbrich Co. was Buffalo’s bookstore, on Main Street downtown for 117 years before bankruptcy struck in 1989. At the peak of business, there were 13 Ulbrich’s locations.

There were ten stores in 1978 when this ad appeared in Buffalo Spree magazine.

I have a obsession/addiction/fetish with pens of every kind– and it all started with wide-eyed wonder wandering that amazing aisle at Ulbrich’s before I even knew how to write. As a five or six year old, I specifically remember wanting to spend some of my birthday money on fancy pens at Ulbrich’s.

Roy Peller and Paul Mure worked at Kleinhans Men’s Store when they decided to open their own haberdashery a few blocks away on Court Street in 1948. 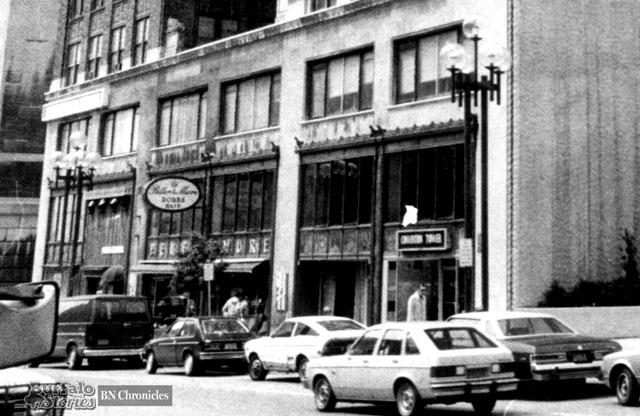 Peller & Mure became one of downtown’s great men’s stores, outfitting mayors from Frank Sedita to Jimmy Griffin. Their offerings expanded to include a women’s business line in 1981.

Over five decades, P & M’s retail space was in several locations through the years, including two on Court Street, as well as Delaware Avenue and Pearl Street. 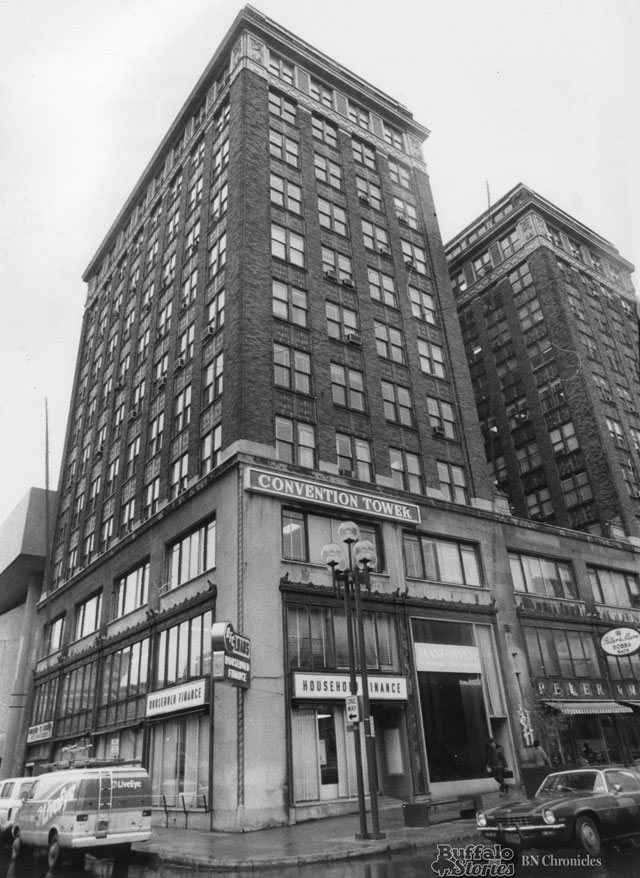 Investors took over the upscale clothier in 1995 and gave a fight, but after 51 years, Peller & Mure closed its doors in early 2000.

AM&A’s was right around the corner on Main Street, until it moved across Main in 1960. 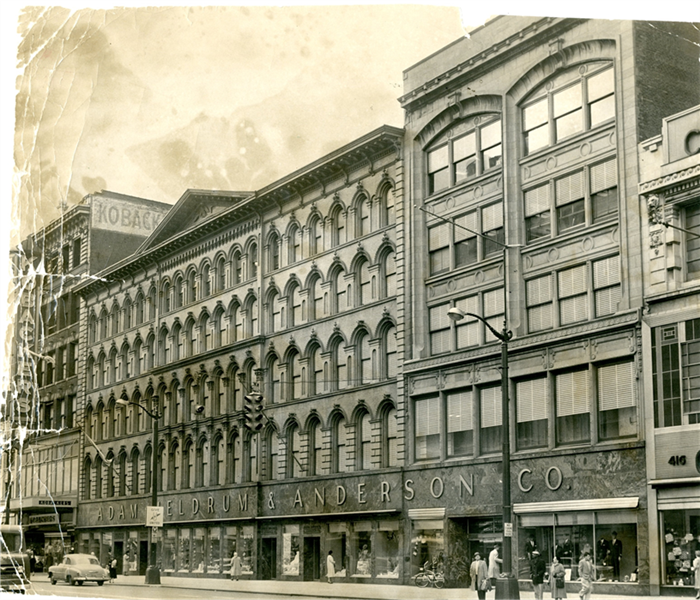 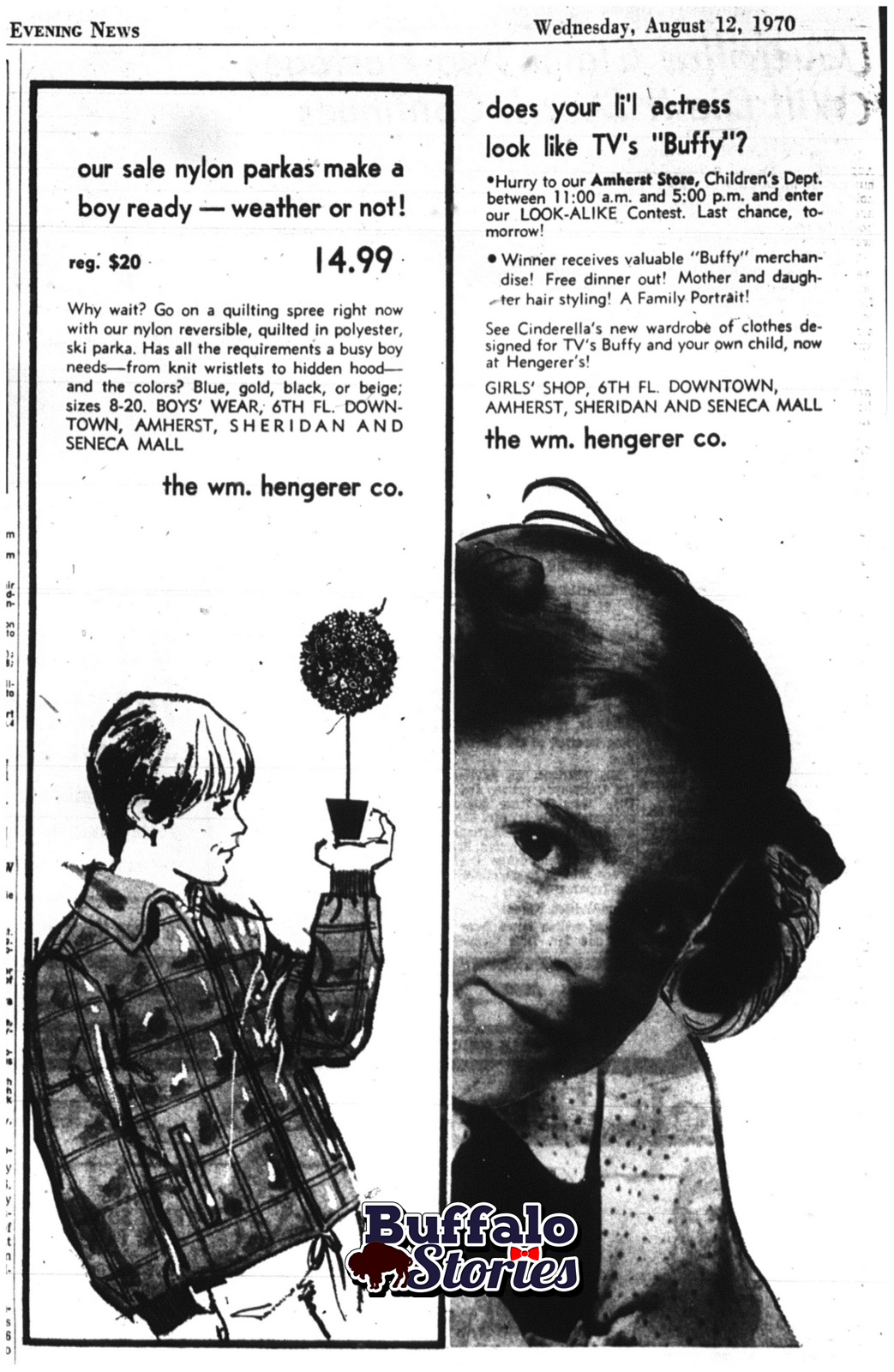 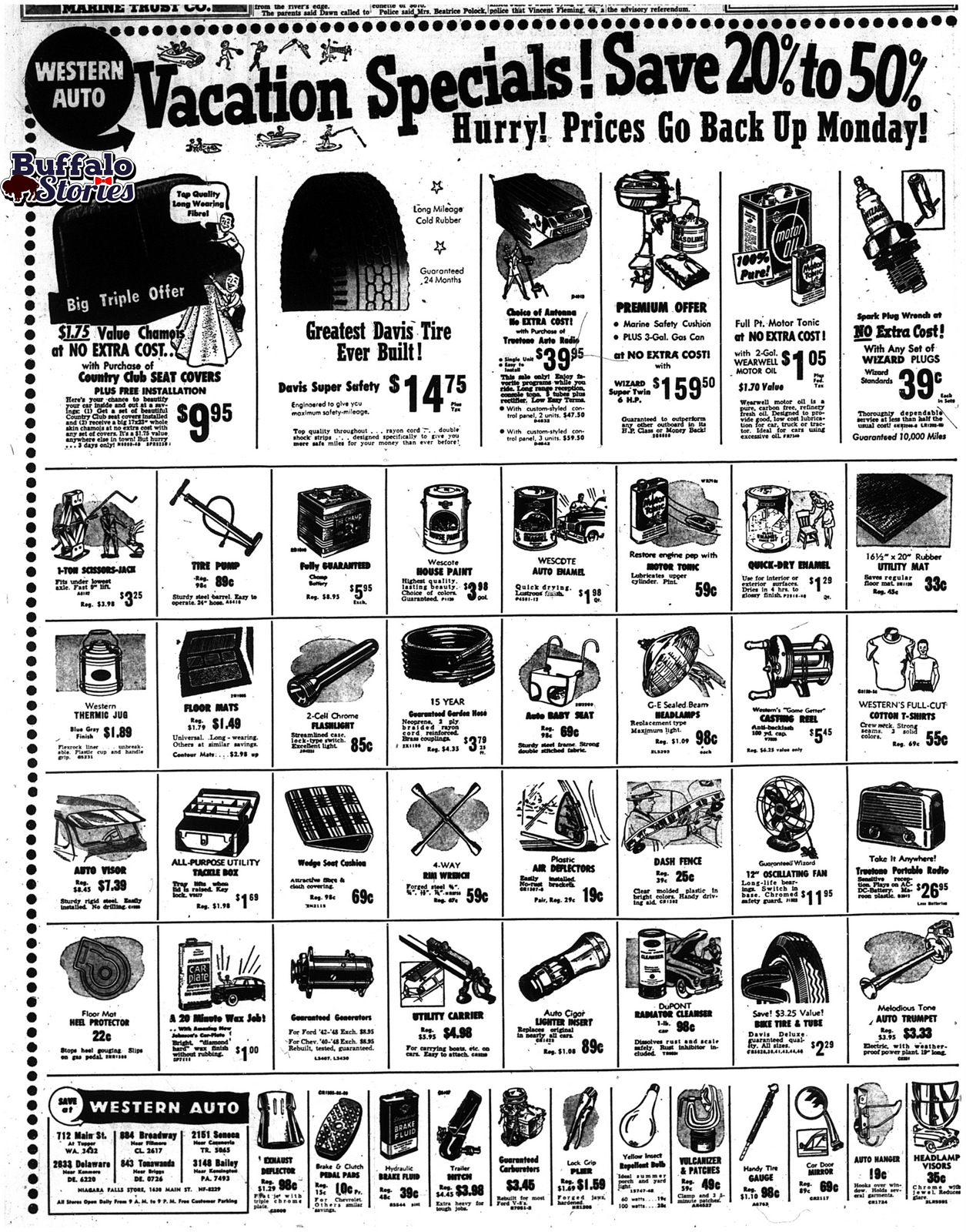 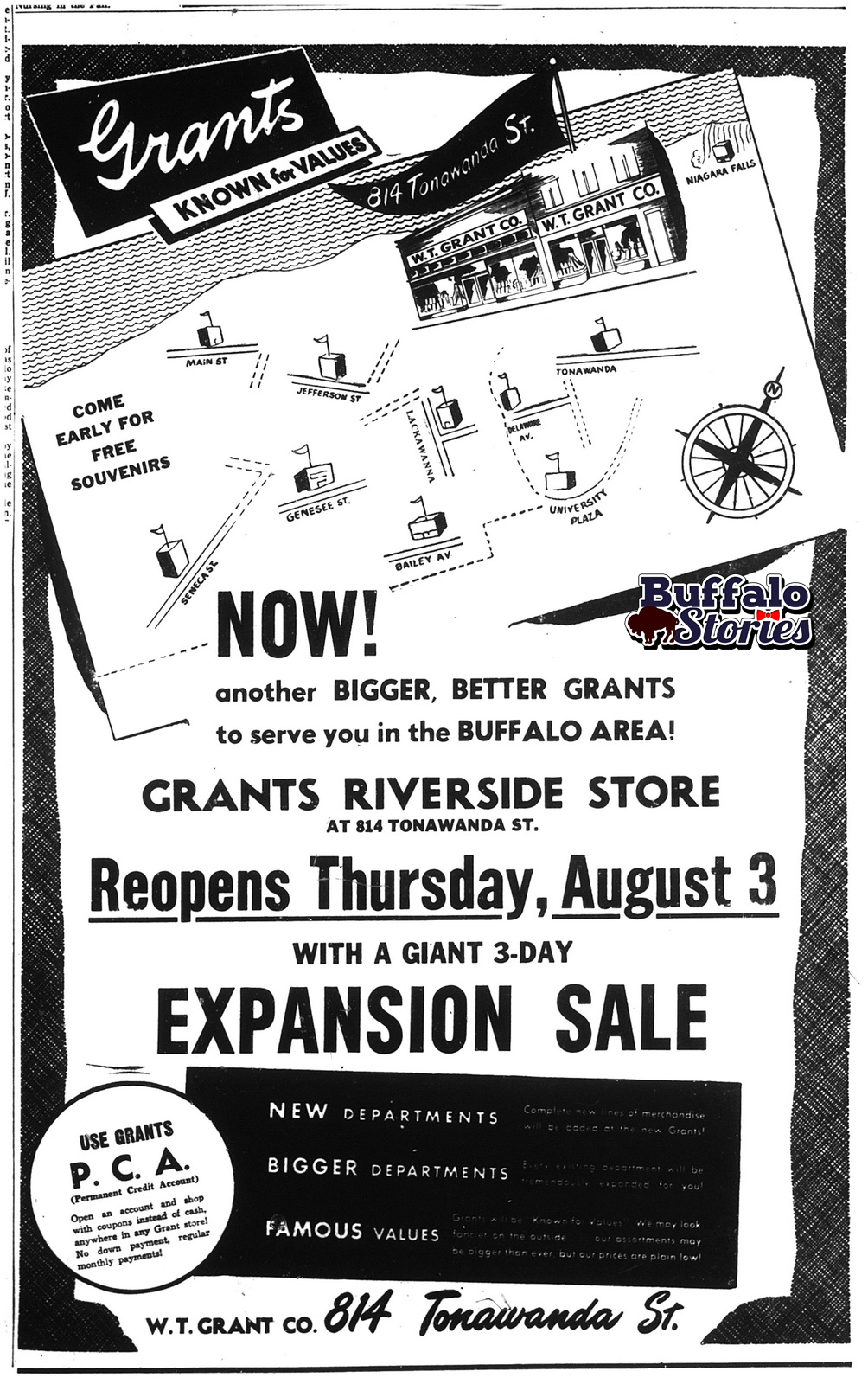 If you spent time on a Buffalo porch or patio anytime from the 1950s through the 1980s, chances are pretty good at least one or two of these summer furniture pieces from Edwards’ downtown store look familiar.

The metal chairs, especially, seemed to last forever. Many still survive in the backs of garages even after being replaced by plastic resin Adirondack chairs.