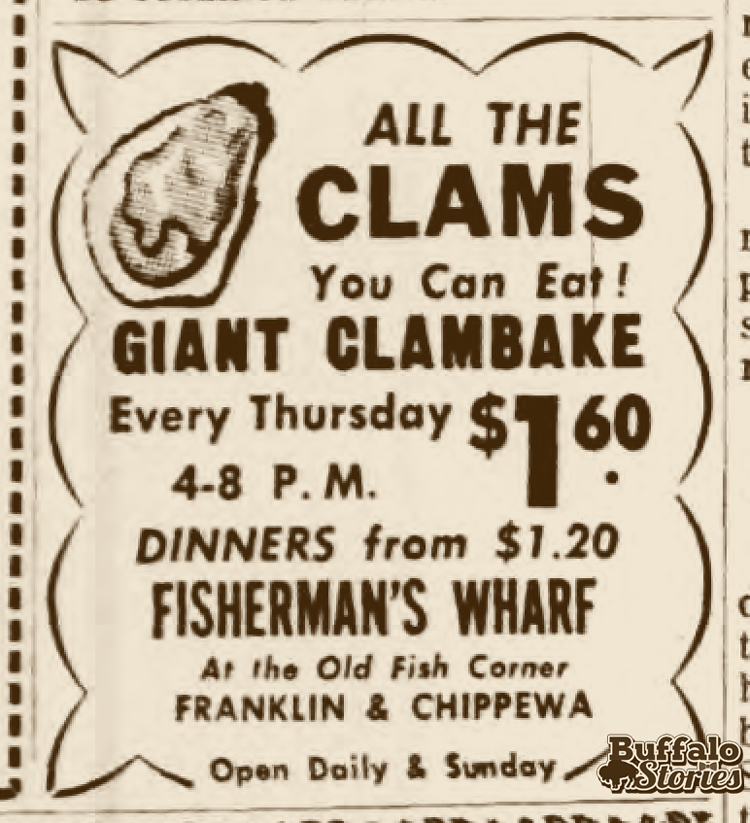 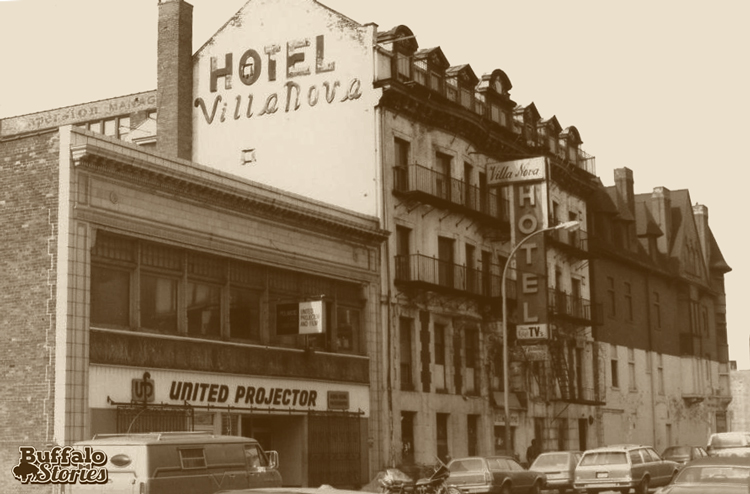 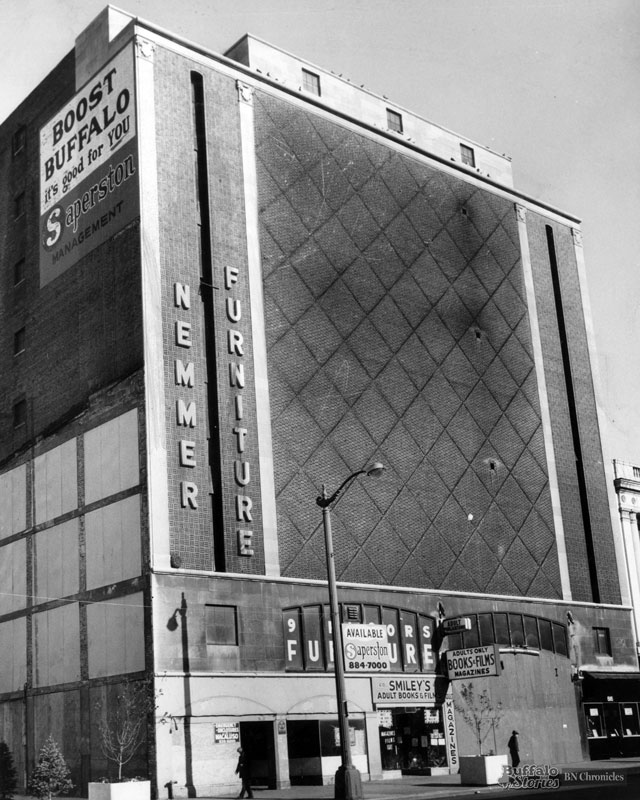 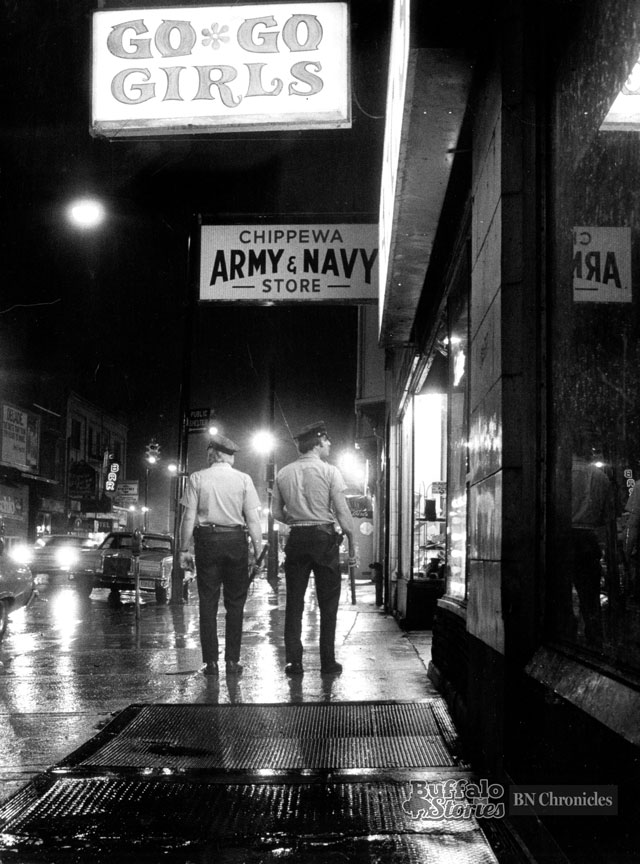 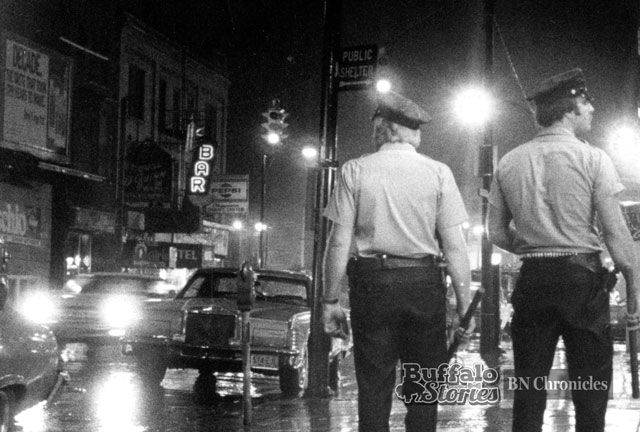 The corner of Main and Chippewa has had different looks through the years, but perhaps none as urban and vibrant as this view in 1946. 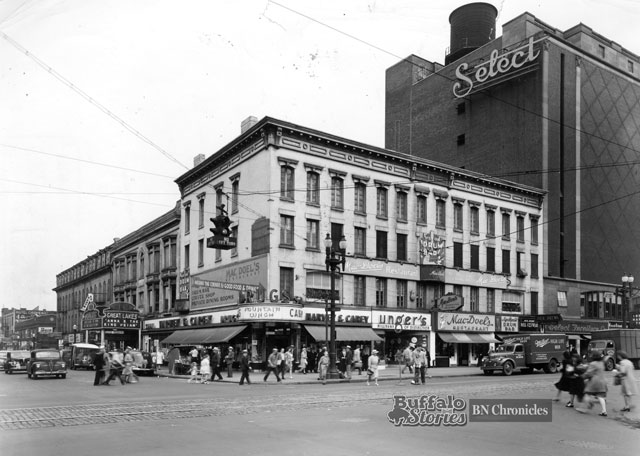 The now-gone building right on the corner, with its lunch counter and soda fountain, was one of 12 Harvey & Carey Drugs locations in the City of Buffalo in 1946.

Looking at the Main Street part of the corner, you can see Unger’s millinery and then the famous and well-remembered Mac Doel’s Drum Bar. Just out of the frame to the right is the marquee of the Paramount Theater. 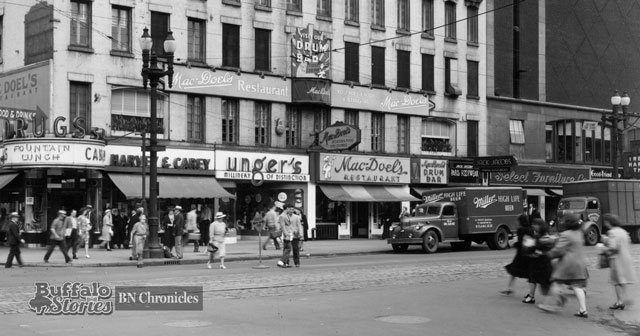 Up Chippewa Street, we have a densely packed metropolitan scene, with the Great Lakes Theater, a Deco restaurant, no fewer than eight neon signs, double-parked delivery trucks and plenty of people.

The look is a bit more subdued these days.