People base their opinions on any given subject on the amount of information they know about that subject. Sometimes the knowledge is vast; sometimes not so much. 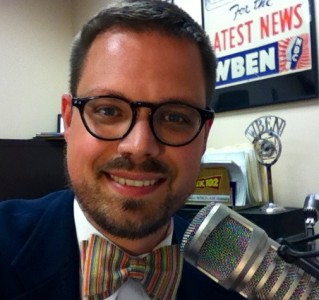 At the end of one such volley on Facebook, I wrote something along the lines of “that I’m merely offering facts I know to be true from the courtroom, to try to make what some people are having a hard time understanding a little more understandable.”

Someone then asked if I understand. “Understand what,” I asked. Understand, he said, why the jury voted the way it did.

I don’t understand, but I think I might have a better insight than most. Over the last year and a half, I’ve sat through two big trials gavel-to-gavel (Muzzammil Hassan’s beheading trial and Riccardo McCray’s City Grill murder rampage), and sat through good portions of the Corasanti hearings and trial as well.

I can tell you that sitting through a trial, you’re trying to keep track of dozens of different lines of questioning and trails of evidence, much of it presented and described in terminology and verbiage that is completely foreign. For legal reasons, it’s often presented in a way that is often painfully tedious.

It’s not Law and Order. Most testimony is boring and can quite often be confusing; especially when something refers back to something that happened days before, or uses unfamiliar jargon.

But that’s where it gets much easier for the media. Kinda like a jury gets to do at the end, we get to go into the hallway during the breaks, and discuss among ourselves what we just heard, and how to understand it. Quite often, we grab a lawyer walking by and ask him or her what this word means, or whether we understand something right.

On one occasion during the Corasanti trial, two defense lawyers whose names you’d recognize, gave us reporters completely different versions of what a single legal term meant. Even the lawyers can get a little confused.

I personally reported on the radio at least 3 times in the days and hours leading up to the Corasanti verdict that I was confused by something that went on in the court room. I ran right out of the courtroom to report on something said in “legalese” that was difficult to follow and synthesize, even with the help of my fellow reporters.

Jurors have it worse. At least journalists can talk it through with one another several times a day. Jurors have to suffer through their misunderstanding or desire to clarify a point or even just seek reassurance that they heard something properly. Jurors are not allowed to talk about a case to anyone, period, until deliberations begin.

So after a month, with all the questions you might have swimming in your head, you are given two hours worth of legal instructions with so many parsed words and phrases put together in a way that satisfies the law, but not necessarily satisfies the understanding of every day people. In fact, for me, the explanations of the laws often obfuscate my understanding the law.

Having sat through a few trials, I know how the process is going to work, and I have my seatbelt fastened, and I still have a hard time keeping up with understanding the laws as the judge reads them. If you get caught on a bit and try to think it through, you miss the next bit. I can ask Claudine Ewing or Pete Gallivan in the hall. A juror adds it to a list of dozens of things he’s not clear on.

My point is, I can see how every day people who are jurors can walk into a deliberation completely dazed. All this incredible and contradictory information that your been hearing for a month. Where do you begin? I think for most people, you begin by listening to the guy with the biggest mouth, and see where that takes you. There was one juror who seemed more agitated that the rest, and I’ll bet he was among the first to do some talking.

And of course, if the defense has a pulse, there is always doubt. The difference between some doubt and a reasonable doubt is explained by the judge, but its legal language that isn’t in every day soeak, and it’s a few paragraphs in a few hours of legal explanations.

Every time the judge lets the jury off for lunch or a 5 minute break or to go home for the night, the instruction is always “don’t talk to anyone about the case; keep an open mind.” It’s not “use your gut, and don’t forget your common sense.”

Now if you’ve made it this far, you might be saying, what, was Cichon’s mother on the jury? No. I’m not making excuses for the jury, and I would guess that some jurors on the Corasanti trial or any of the others that I’ve covered might be angry with me for calling them confused. I’m not calling any juror confused.

I’m merely saying that it’s not an easy job being a juror, and I’m not really sure how fair it is to ask someone to be a juror in a month long trial like this one.

This originally appeared at WBEN.com.