Don Allen touted himself as “the World’s Largest Chevrolet Dealer,” and through the 1950s, he probably was. 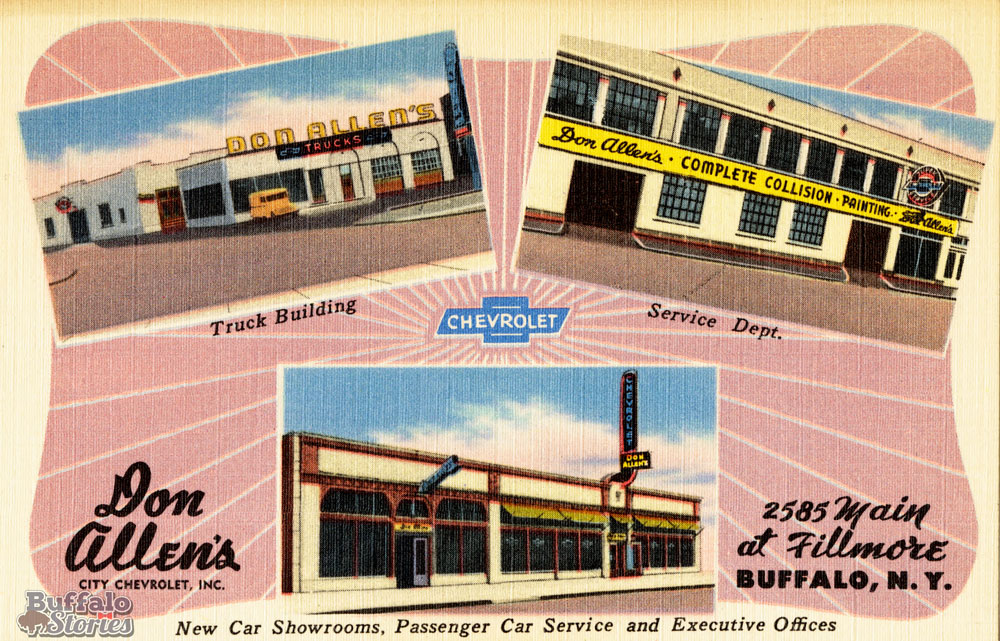 Headquartered from his showroom at Main & Fillmore (located in the spot where Rite Aid now stands), Allen bought and sold Chevy dealerships all around Western New York and around the country.

Aside from the store he bought in Buffalo in 1938, there were dealerships in Lackawanna and Lockport locally, along with others in Albany, Manhattan and Miami.

The Main/Fillmore shop was eventually sold to Joe Bokman, who in turn sold the dealership to the infamous Dan Creed in 1972.

Like Allen, the Main at Fillmore location was part of Creed’s larger automotive empire. He owned dealerships in Canada and Rochester as well, and is remembered for his abrasive television commercials, which were described in the Rochester Democrat & Chronicle this way in 1976:

Creed would scrawl prices with shoe polish on car windows and tell TV viewers, “If you don’t buy at this price, SHAME ON YOU.”

In 1999, Buffalo’s first free-standing Eckerd Pharmacy opened on the spot. In 2006, Rite Aid bought out Eckerd. 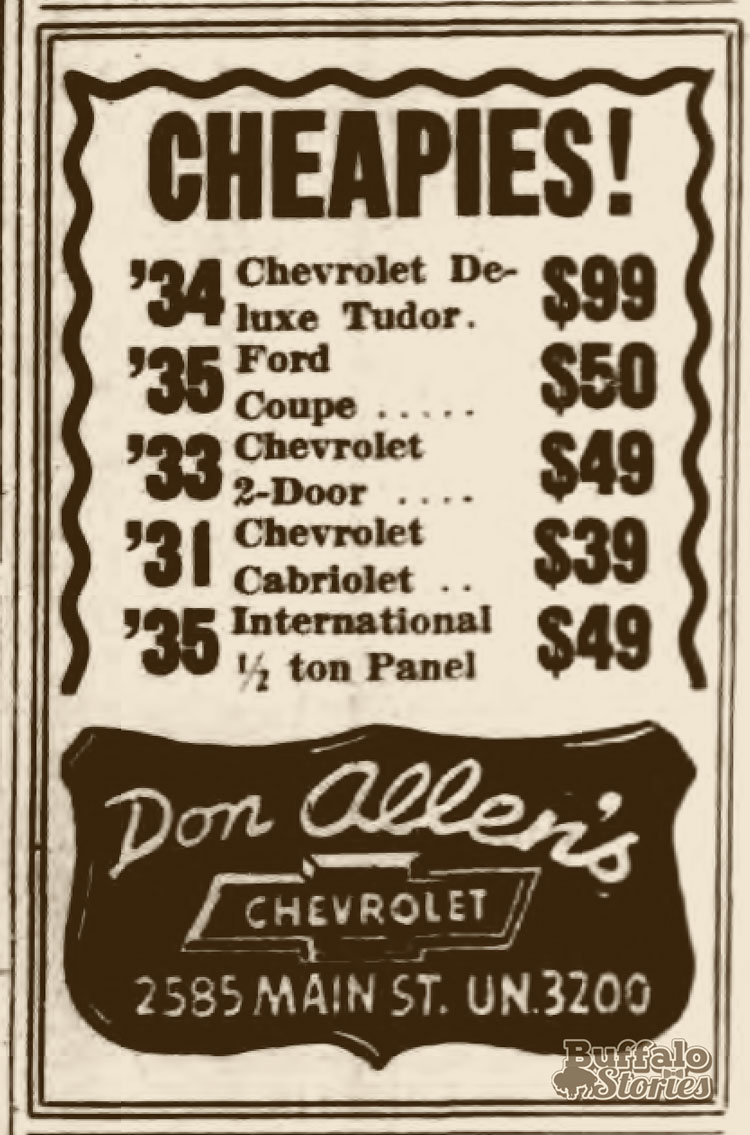