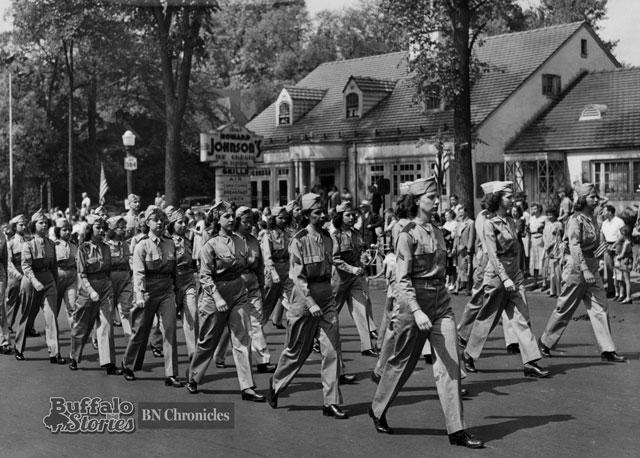 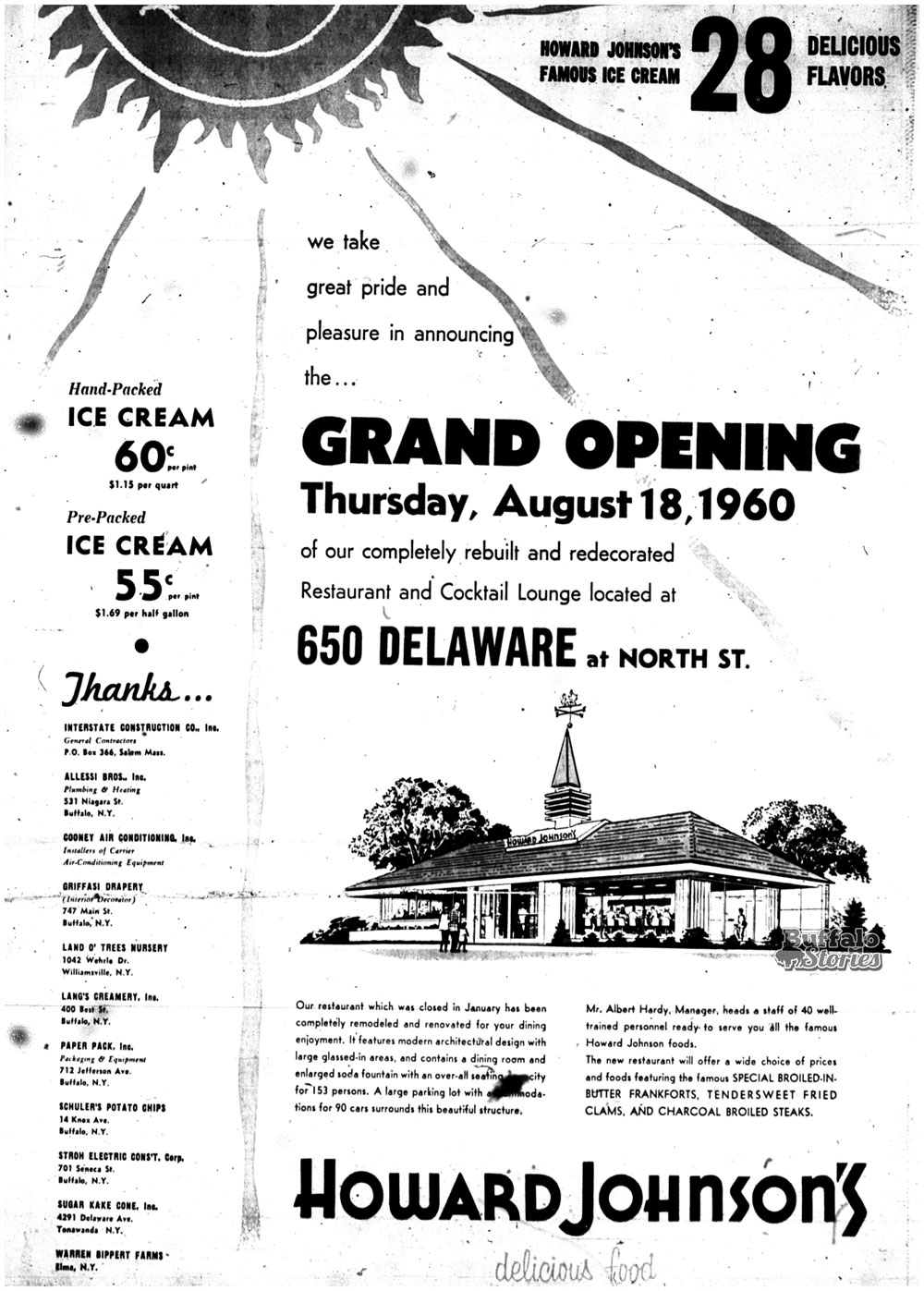 Pointed to as one of Buffalo’s finest examples of Art Moderne architecture, the National Gypsum Headquarters building was built on Delaware Avenue between Chippewa and Tupper starting in 1941. 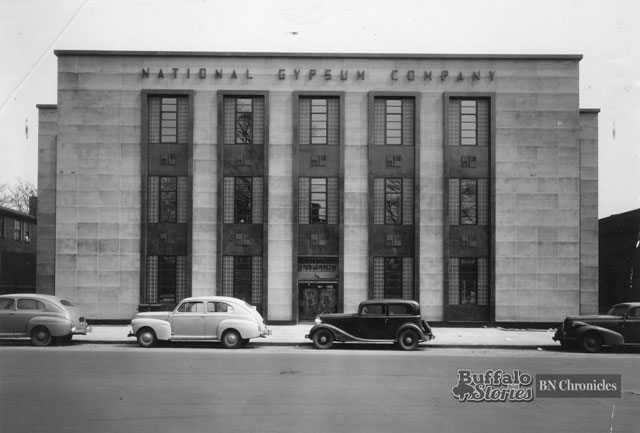 National Gypsum moved its corporate headquarters from Buffalo to Dallas in 1976, and the building was sold in 1978. The original metal windows were removed during the years the building served as Conrail’s Buffalo office, 1978-88. 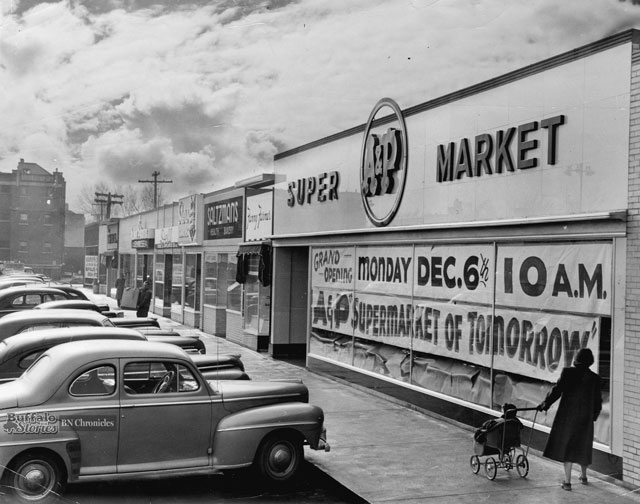 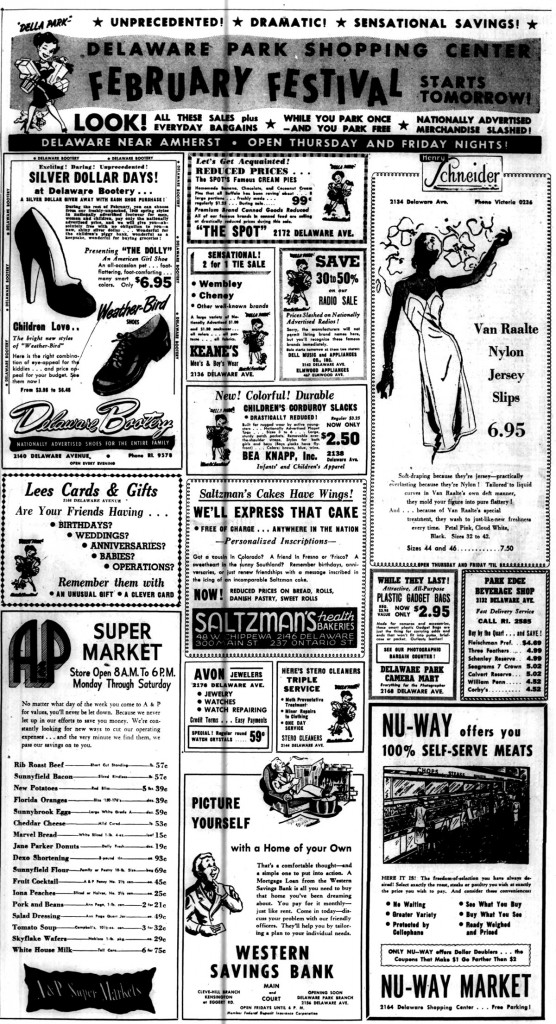 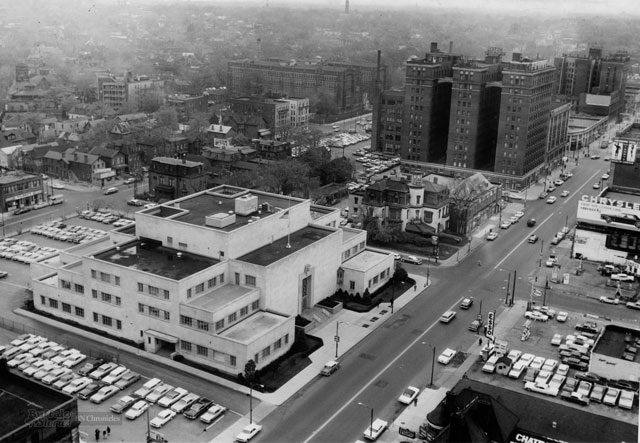 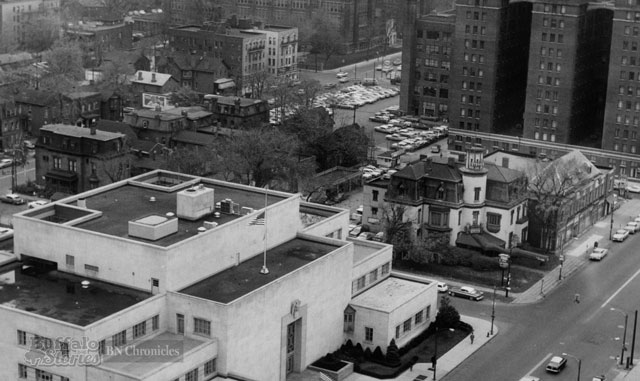 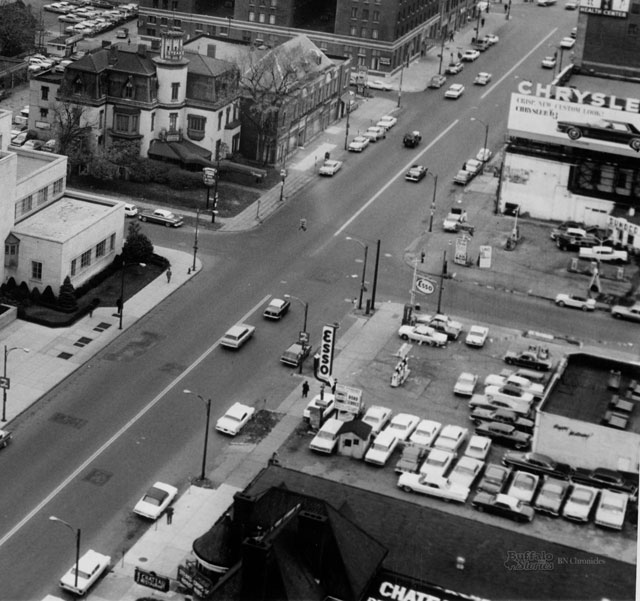 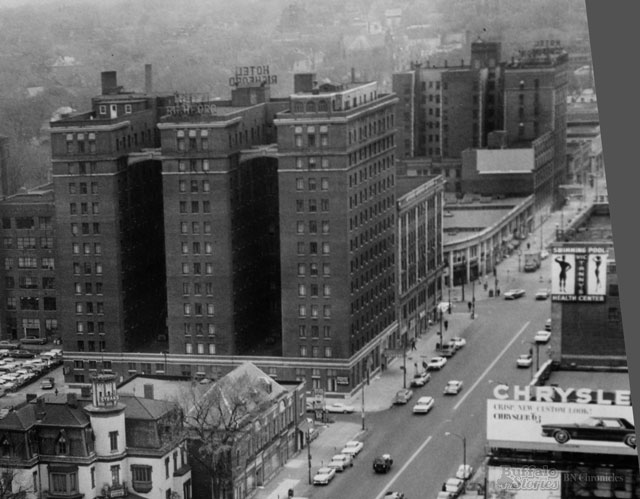 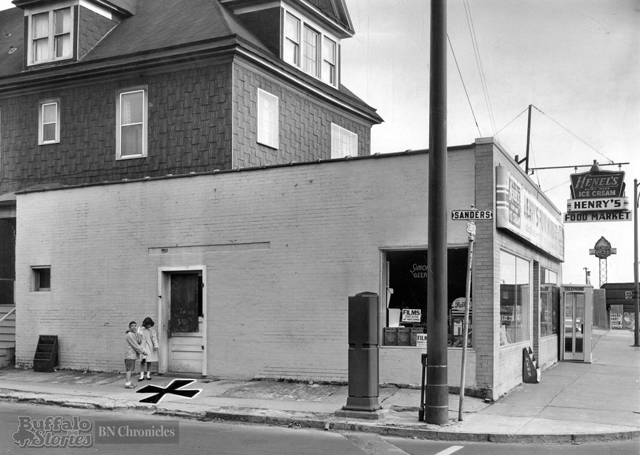 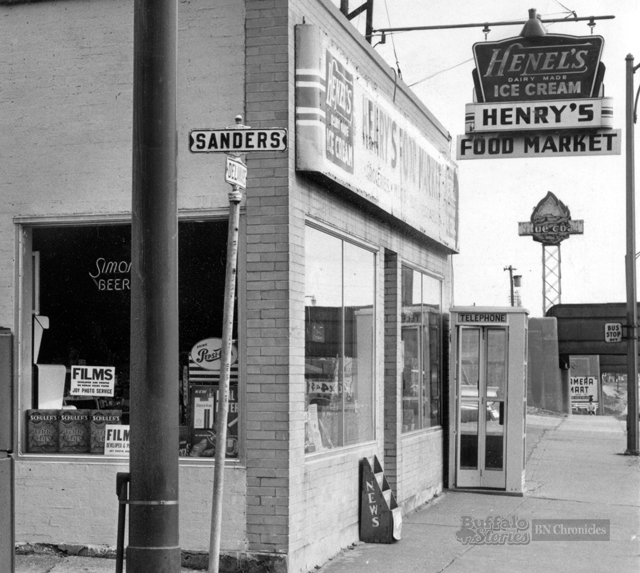 A pencil-written caption on the back of the photo reads “Delaware Ave, Kenmore, 1915.” 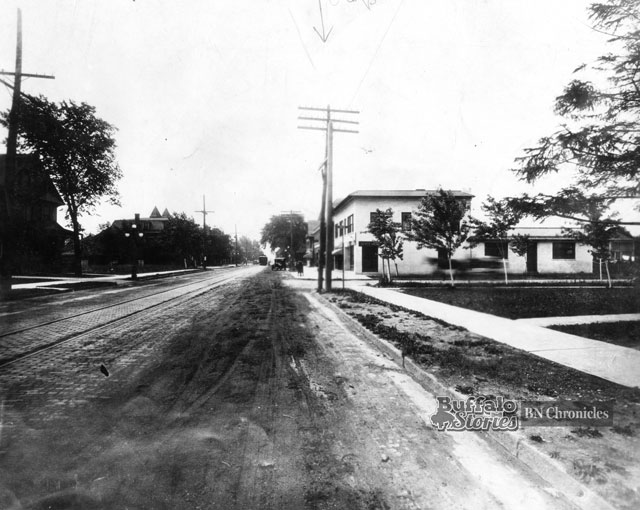 The only other clues from the photo itself are the building with the mansard roof to the right, and the building in the foreground with the sign “State Bank.”

The State Bank of Kenmore was located at 2852 Delaware Avenue at the corner of Mang Avenue. From that corner, the building with the mansard roof — still standing — is much easier to find.

Looking off in the distance, one sees a streetcar and Model-Ts on a muddy Delaware Avenue. Certainly a different and more rural feel than the heart of the Village of Kenmore today. 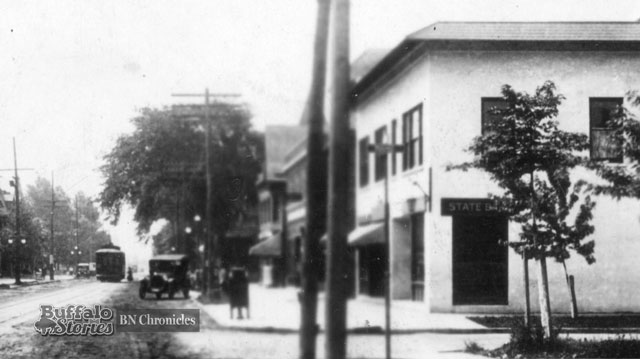 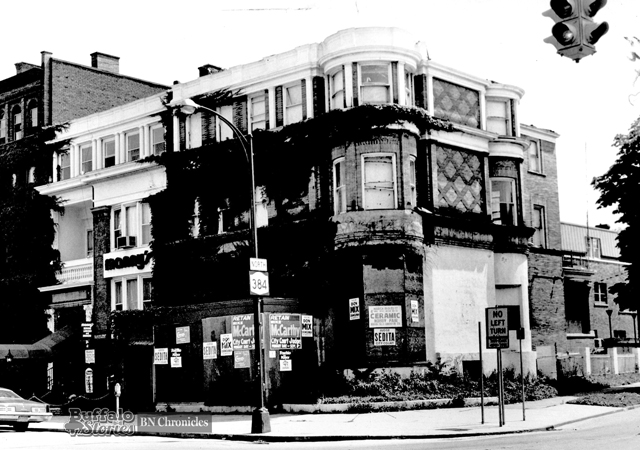 Generations of Americans remember the home-style dinners and 28-flavor ice cream selection at the more than 1,000 Howard Johnson orange-roofed locations around the country.

Buffalo’s most popular HoJo’s was on Delaware and North — part of the sometimes strange development of Delaware Avenue. Working class families piled out of wood-paneled, American-made station wagons right across the street from the home of News Publisher and Buffalo aristocrat Mrs. Edward Butler. 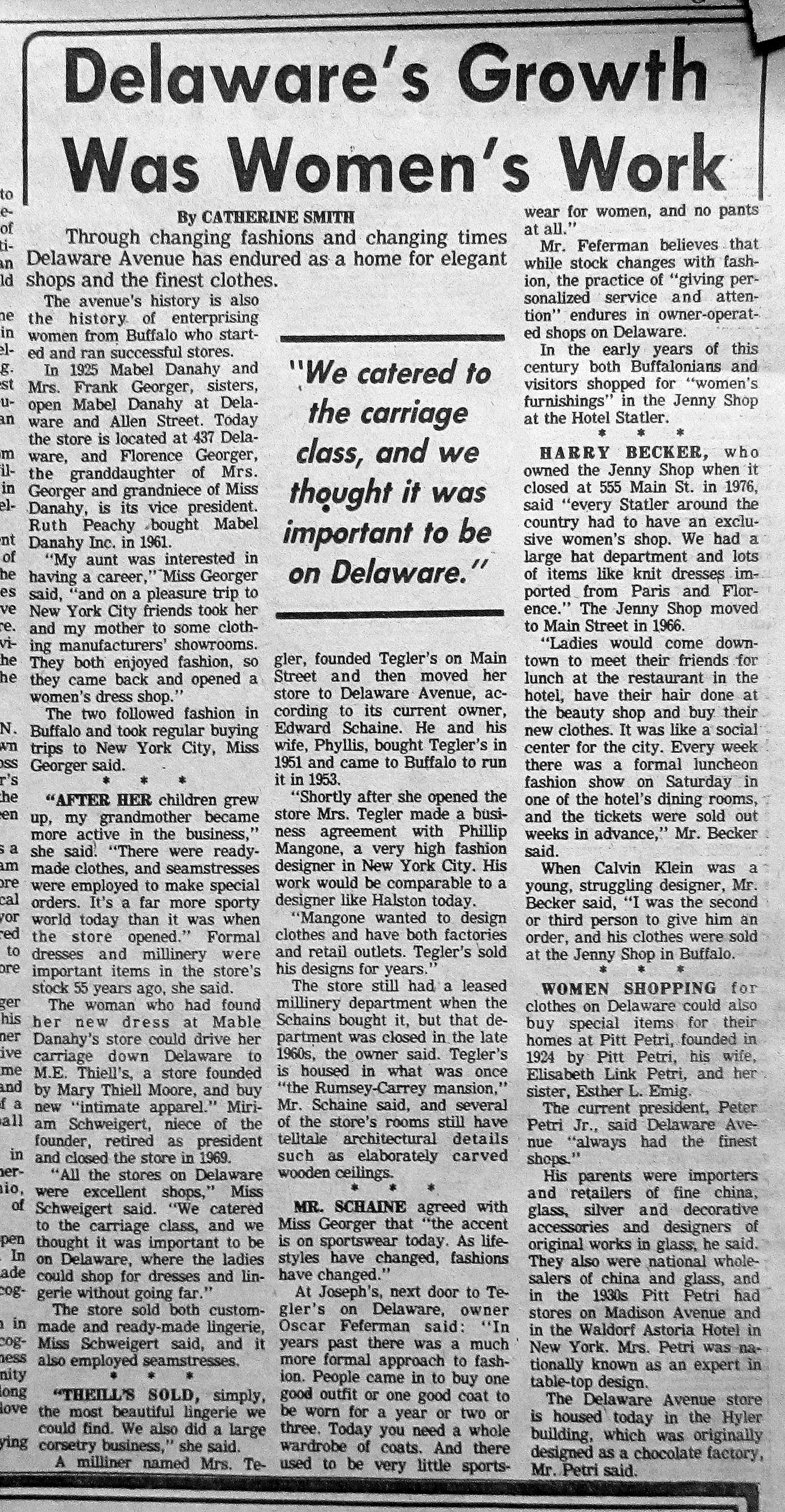 With entrees from 50 cents to $3, the second Taste of Buffalo was held in “colorful tents” along Delaware Avenue between Edward and Chippewa 30 years ago this week, in July, 1985.

The event later moved to Main Street before shifting to its current location on Delaware Avenue from Niagara Square to Chippewa. 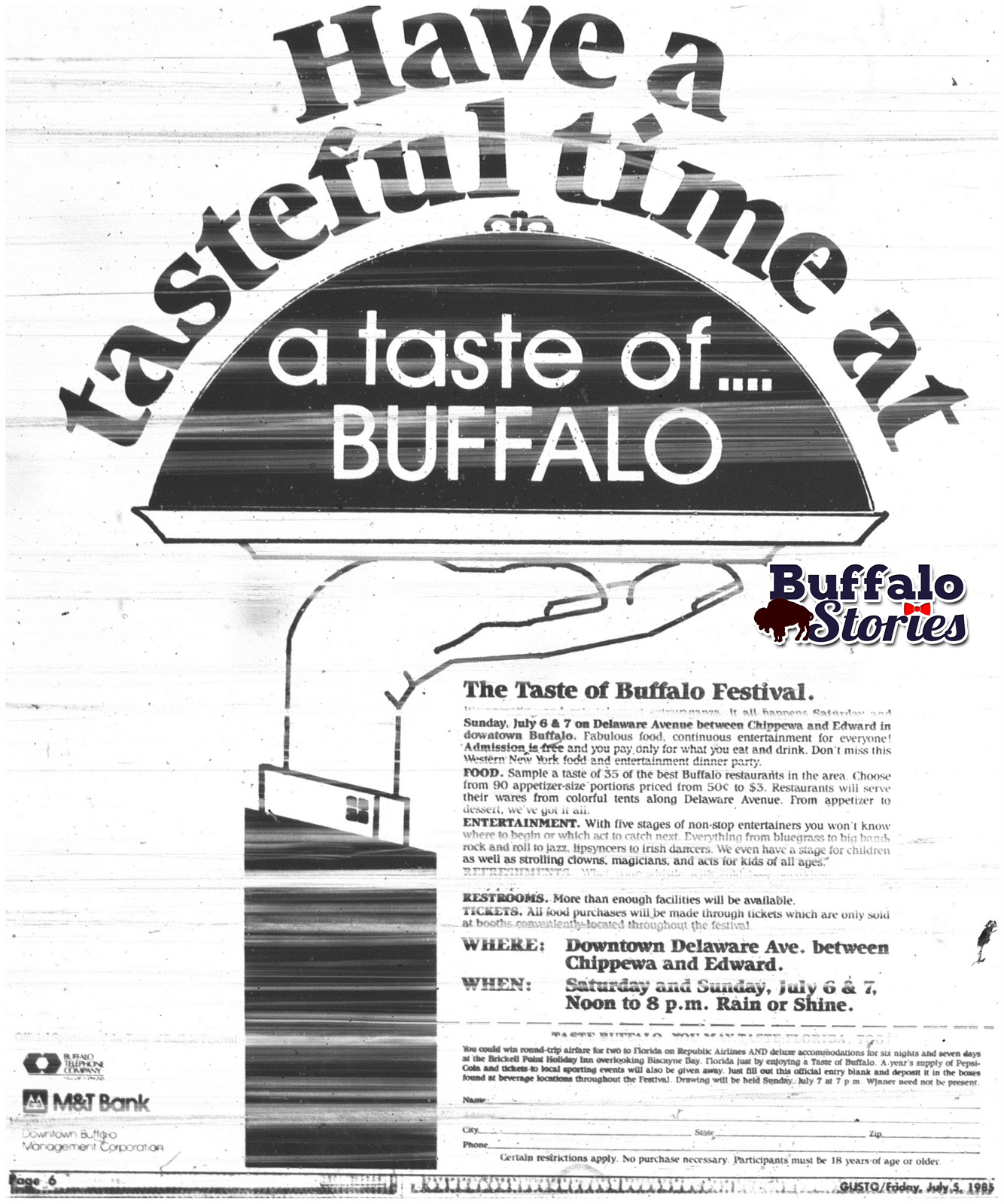