Only days before New York’s 1992 Democratic Primary, Hillary Clinton was in Buffalo campaigning on behalf of her husband, then-Arkansas Governor Bill Clinton. 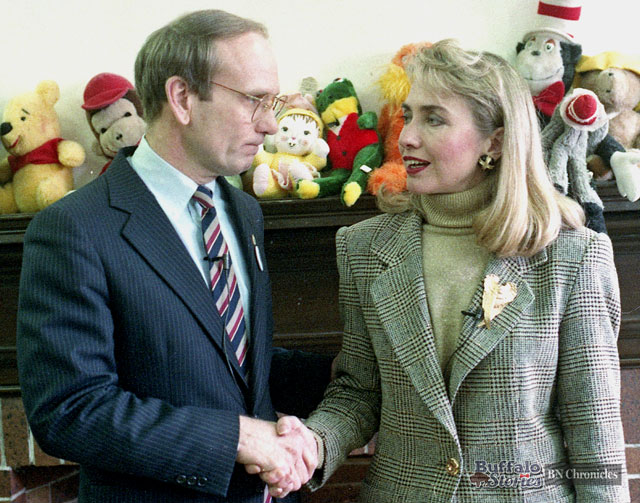 She told The News that the visit was her fourth to Buffalo. One 1989 stop here had the Arkansas first lady touring Buffalo’s magnet schools. This time, it was School 31 Early Childhood Center on Stanton Street, a speech before a meeting of the Women’s Bar of Western New York, and a guest spot with Brian Kahle and Jean Hill on WKBW-TV’s “AM/Buffalo.” 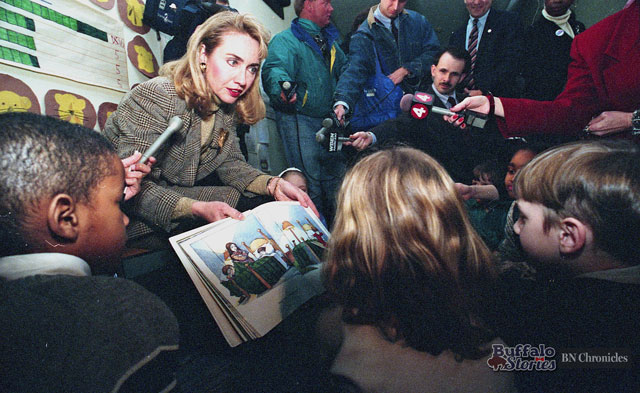 On Channel 7, Clinton said negative stories about her husband’s infidelity, his avoiding being drafted to go to Vietnam, and his infamous experimentation with marijuana “where he didn’t inhale” were all evidence of a “concerted effort” by fearful Republicans to derail his campaign.

“The Republicans are scared to death,” Mrs. Clinton said on “AM/Buffalo,” “and they should be.” 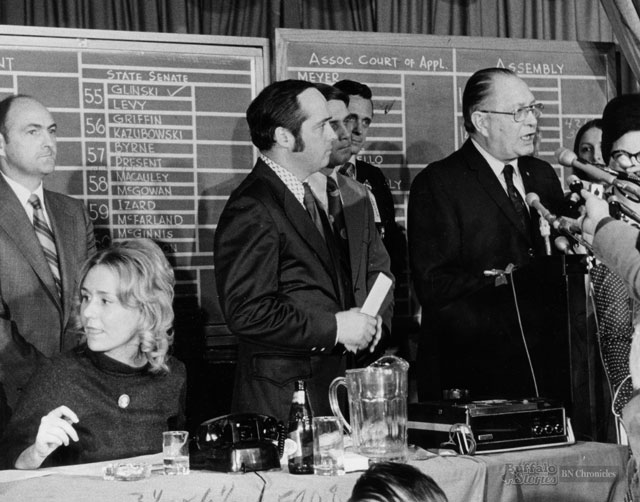 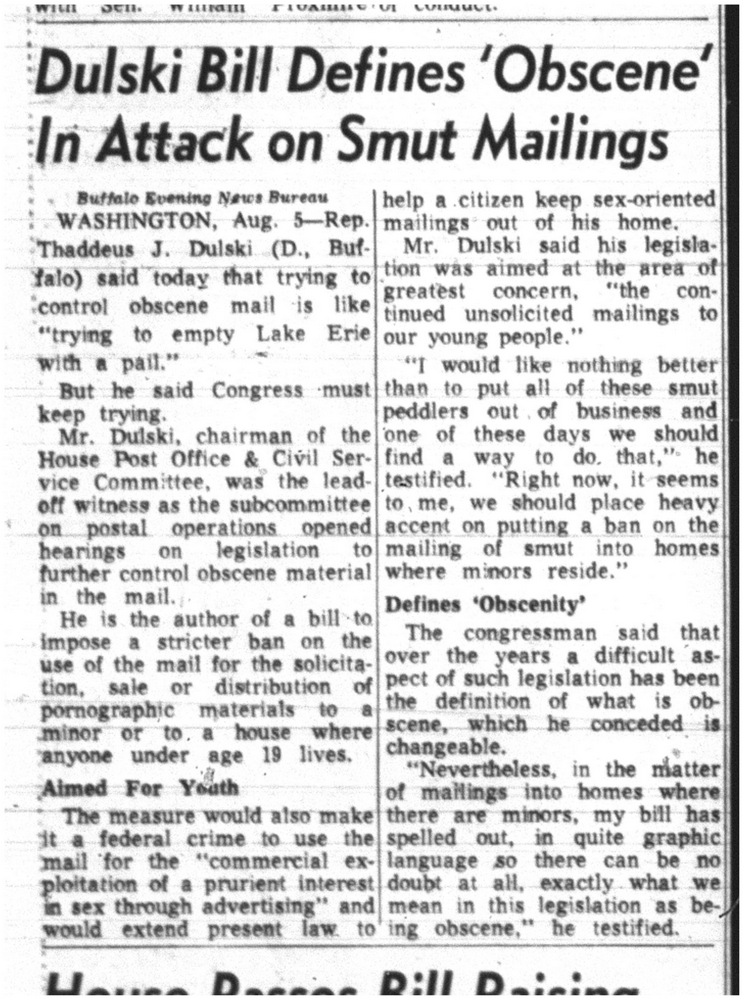