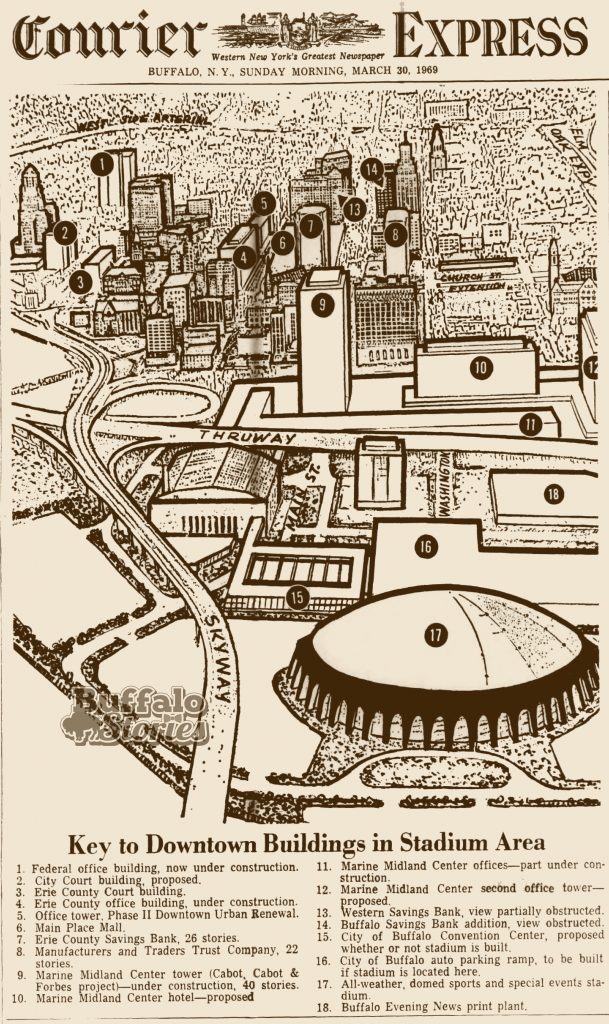 Also, thank God the West Side Arterial (on the left towards the top) wasn’t built.

In fact, thank God most of the proposed buildings listed here weren’t built. Number 10 is shown where Coca-Cola Field is… it wound up on the other side of number 9 and became the Hilton/Adam’s Mark.