Driving past Smoker’s Haven on the first 70 degree day… I had to stop. 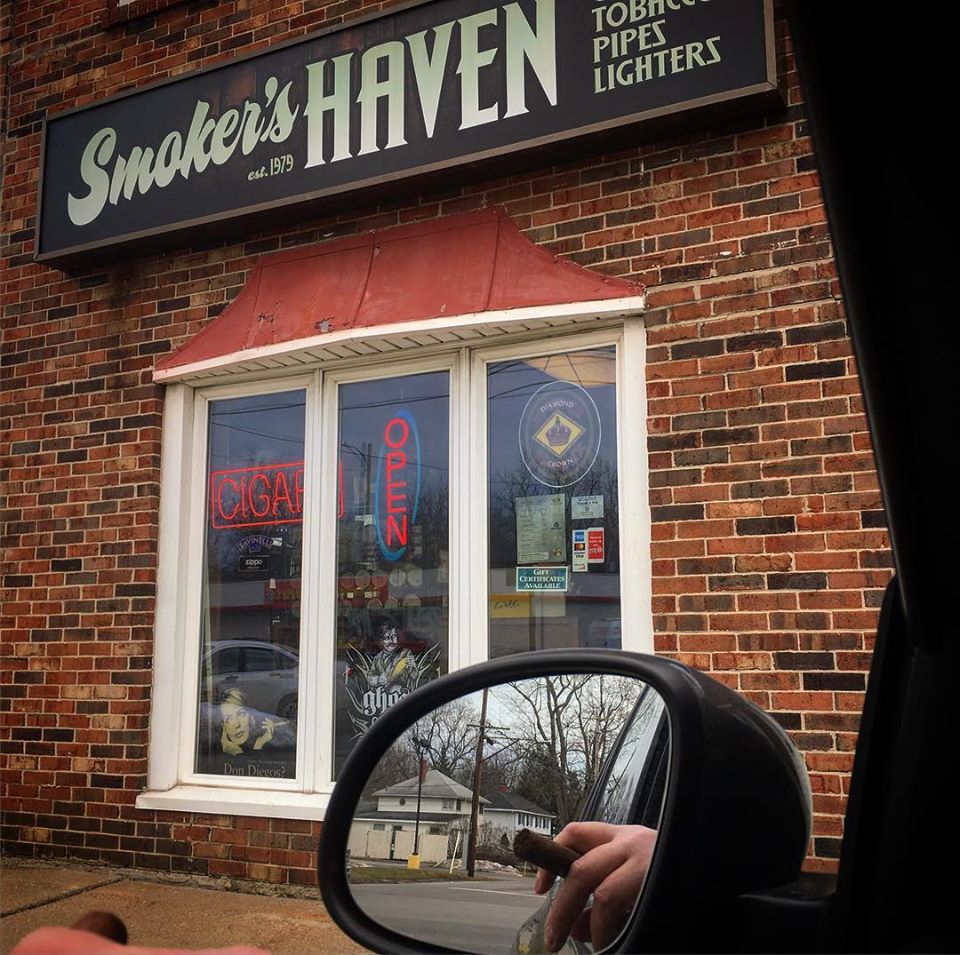 I used to ride my bike to Smoker’s Haven to buy cigars when I was 14 years old.

Of course, I thought cigars were cool because David Letterman smoked them.

Today, it was the owners 20-something son Adam in the store— he really liked my bike-riding, cigar-smoking teenager story, and how my ol’man, who smoked a pipe, would head to Smoker’s Haven for “the good tobacco,” which he’d cut with the giant bag of truly questionable tobacco from Rite Aid or CVS.

My first cigar, probably around 10 years old, was some dried-out cheap El Producto or  Dutch Masters corona, wrapped in cellophane and found in a junk drawer at Grandma Cichon’s house.

A year or two later, the first cigar I actually enjoyed was a giant hand-rolled cigar which I bought at the Rite Aid at McKinley Mall. My friend and i smoked them after seeing The Hunt For Red October, and man, did we feel cool.

It’s to the point where the thought of an early spring cigar brings far more pleasure than the actual smoking of one, but I really love buying them anyway, even if just for the experience.