I got glasses in seventh grade. My vision was really bad and I didn’t really know. I remember looking at a pine tree out our front window, and being marveled by being able to make out the needles; not just seeing a big green blob.

Sixth grade was a mess. We moved to Orchard Park late that summer, and as a late add to every class, I sat in the last seat every time. I didn’t realize it was unusual, but I couldn’t see the board at all.

It’s because of all this, I taught myself the most memorable skills I learned in middle school.

As my grades suffered in Social Studies and Math because I was blind and sitting in the back, I figured out how to do two Mr. Spock moves: make my hand make the “live long and prosper” sign, and make one eyebrow go up while the other one goes down. 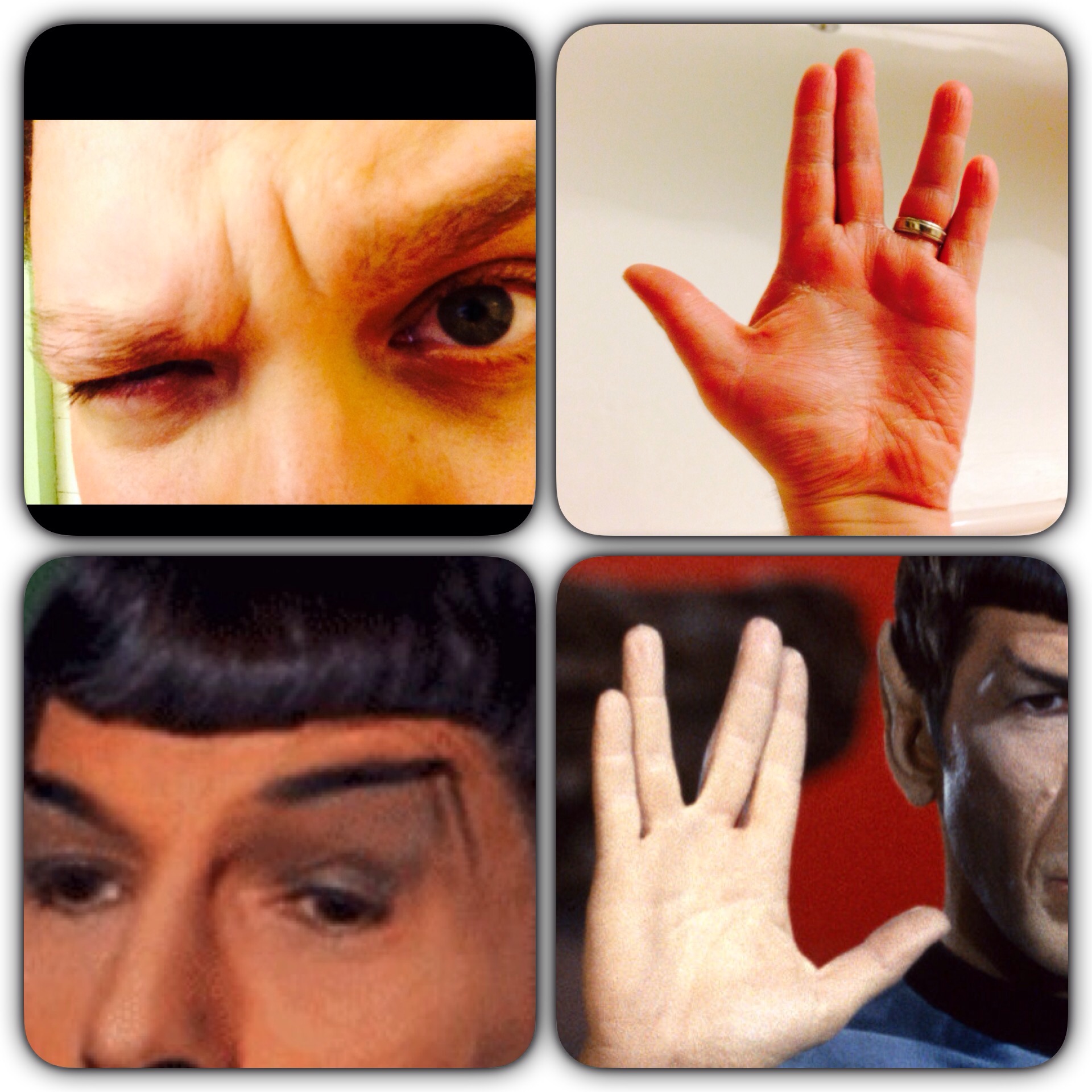 These are both actions which take some muscle memory, and had someone realized I needed glasses a year earlier, I might not have had an entire academic year to train those muscles.

Star Trek was one of those shows I watched with my dad a lot growing up. It always seemed to be on, which made him selective.

There were “dumb ones,” episodes Dad thought were stupid and didn’t stand up to the standards he set for the show.

We wouldn’t watch the dumb ones, but the good ones, my dad laughed at the jokes and cheered when they won every time like it was the first time he’d ever seen it. He especially loved Spock, and was lovingly amused at his different ways in the same way Captain Kirk was.

Spock was someone we could always agree on. He’s a great character. He’s forever denying his humanity; which, ironically, is one of humanity’s most prevalent traits.

Nimoy’s calm demeanor and resonant voice brought the best of Spock with him no matter what else he was doing. Dad and I loved him on “In Search of..” as well.

Not many people can specifically remember something striking they learned in sixth grade.

Thanks Leonard Nimoy. Rest in peace.