I’ve just re-opened a huge box of stuff that Buffalo Radio vet JR Reid sold to me when he moved to sunny FLA. It’s mostly transcriptions (acetate records that were cut right at radio stations in the days before audio tape), as well as some interesting paper items from the time before KB became the King of the Rock and Roll Heap… 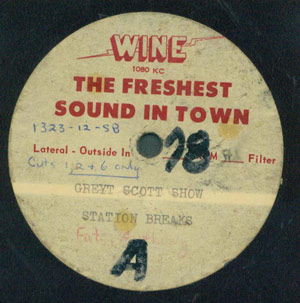 WINE was one of a handful of radio stations trying to break in on the Rhythm Music Craze (should read Rock’n Roll) in the mid to late 1950s in Buffalo.

A Quick History of 1080 in Buffalo 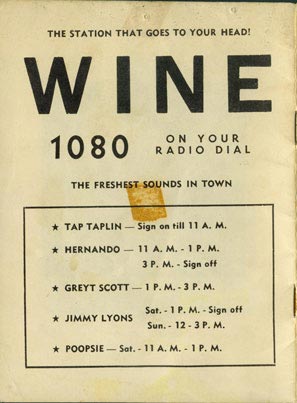 WINE sounds… These are all from Transcriptions (more to come!) from WINE radio… And I’ll bet haven’t been heard in over 50 years!