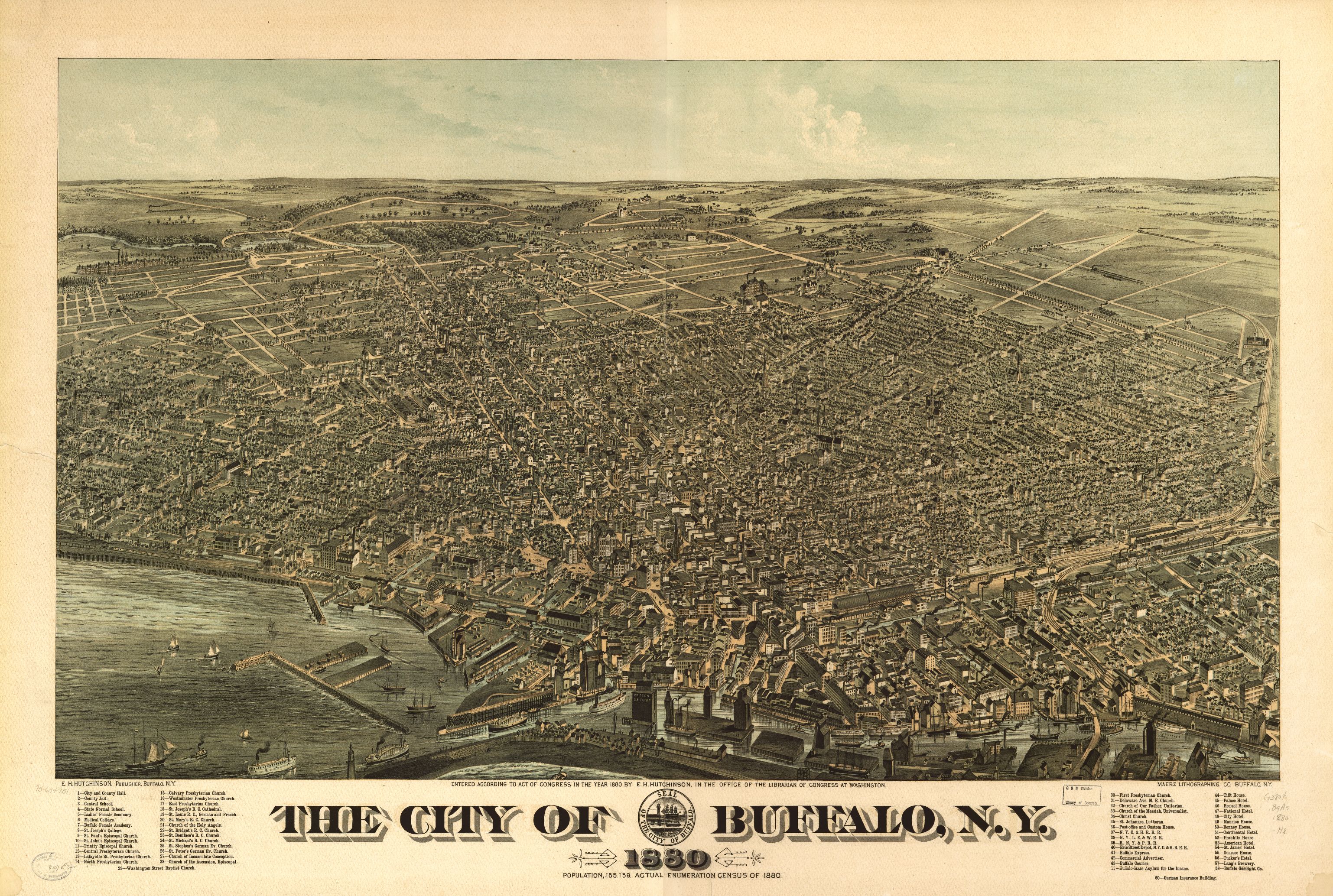 Just north of Main and Huron streets stood the twin-spired Universalist Church of the Messiah in 1880. 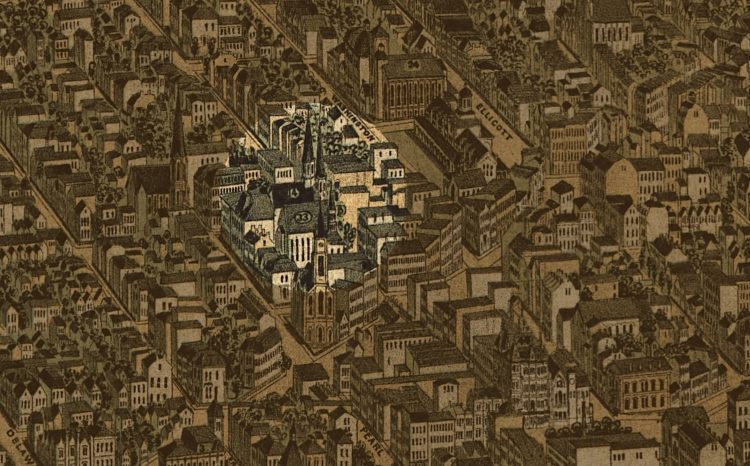 The church was built in 1866, and then rebuilt following a fire in 1870. The church moved its worship space to North Street in 1892, and the old church became a bicycle shop and bicycle riding school.

The H.C. Martin Co. sold Buffalo-made bicycles manufactured by Buffalo Cycle Co. in the plant at 364-382 Massachusetts Ave. on the West Side.

The big sellers were the Envoy bicycle for men and the Fleetwing for women. At $75, these bikes were expensive — roughly $2,000 in today’s money — but they were still more reasonably priced than most of the $100 competition.

Legacy downtown department store Flint & Kent purchased the church, tore it down, and built a modern store on the site in 1897. The building was designed by Henry Kent’s son Edward Kent. 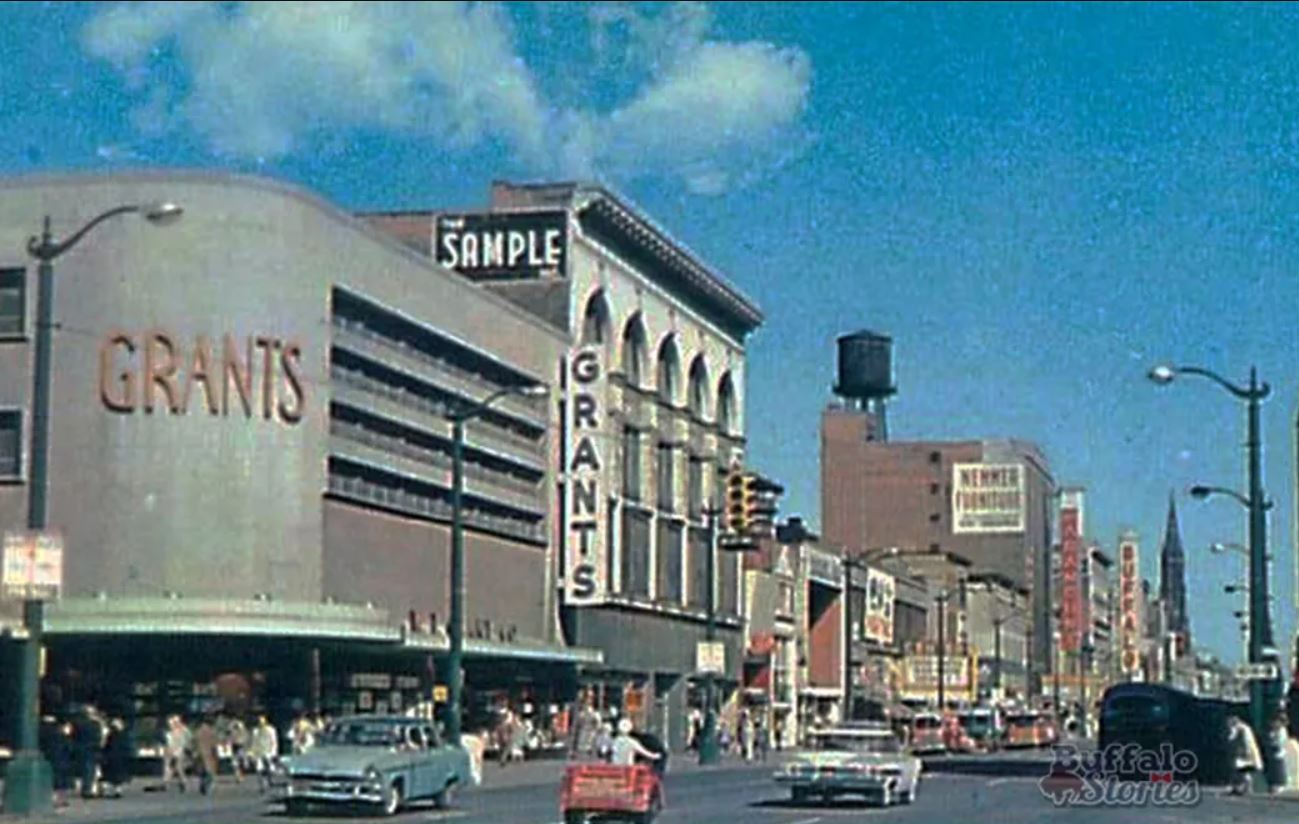 Despite having been an accomplished Buffalo architect, the younger Kent is probably most widely remembered for the way he died — as a passenger aboard the Titanic.

Flint & Kent remained in the building for 49 years. The Sample Shop opened a short-lived downtown branch in the old Flint & Kent store in 1956, but by 1960, the space had been absorbed by the large Grant’s store on the corner.

Like every other building on this block of Main, the old Flint & Kent/Sample building was torn down to make way for the Fountain Plaza development of the 1980s.