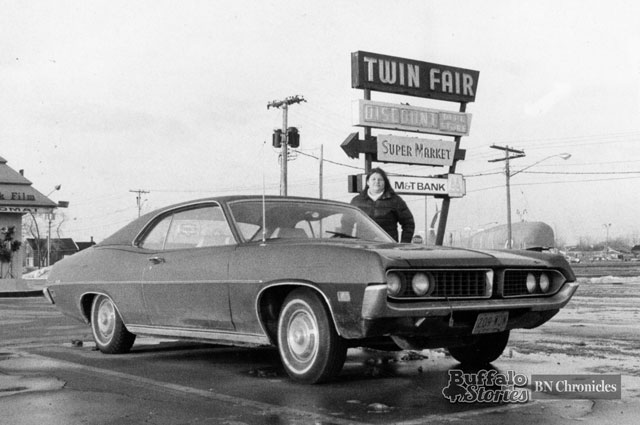 Just to be clear, that’s the corner of a Fotomat in a Twin Fair parking lot. Off in the distance, the beloved and warmly remembered whale car wash. All three of these landmark features were gone by the mid-’80s.

In 1980, there were 44 Fotomat locations in Buffalo. Not all had the iconic tiny stand-alone blue booth with a yellow roof, but many did. 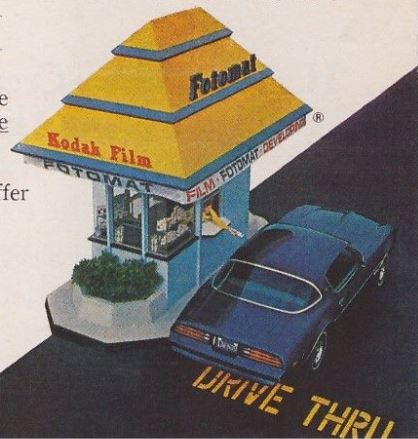 By 1990, 23 Fotomat locations were still in operation in Buffalo, but changes in film developing technology were making the stand-alone booths — and the promise of next-day developing — obsolete. 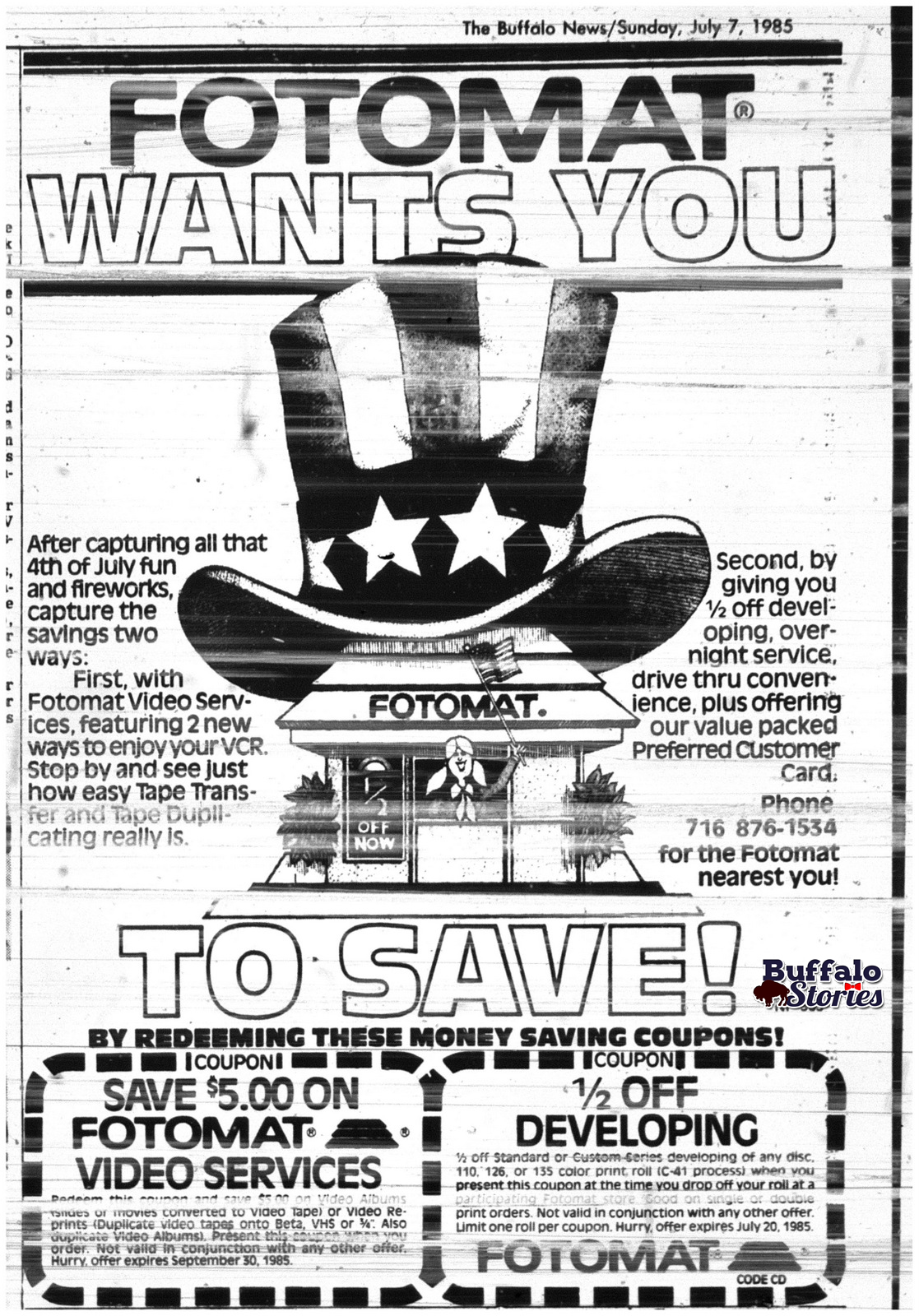