Through the 1970s and 1980s, The Ground Round was a popular casual dining spot with locations at

Seneca and Thruway Malls and on Niagara Falls Boulevard. Created by Howard Johnson’s, it may have been the first place you threw peanut shells on the floor and kids ate for a penny a pound on Tuesday and Thursday nights.

Buffalo’s first Ground Round opened outside the Seneca Mall in 1971.  “The Ground Round,” explained General Manager Burton Sack, “is a fun-type family restaurant featuring a player piano, nostalgic wall decorations from the ’20s, ’30s and ’40s, free peanuts on all tables, beer by the mug and pitcher, and free toys and games for the youngsters.”

Five years later, The Howard Johnson’s restaurant at Sheridan and Delaware in Tonawanda was converted into a Ground Round, as was the Cross Bow Restaurant on Sheridan Drive in Amherst.

In 1989, there were 215 Ground Round restaurants in 22 states– six in the Buffalo area. Those local stores were located at 3545 Delaware Ave. in Tonawanda; 208 Seneca Mall in West Seneca; 8529 Niagara Falls Blvd. in Niagara Falls; Thruway Mall and 1445 French Road, both in Cheektowaga; and 3180 Sheridan Drive and 7566 Transit Road, both in Amherst.

The Seneca Mall location was the first to open and the first to be closed– and then bulldozed– as the Seneca Mall was demolished starting in 1994. By the end of the year, half of the  remaining stores were sold to become the home of Kenny Rogers Roasters chicken restaurants. 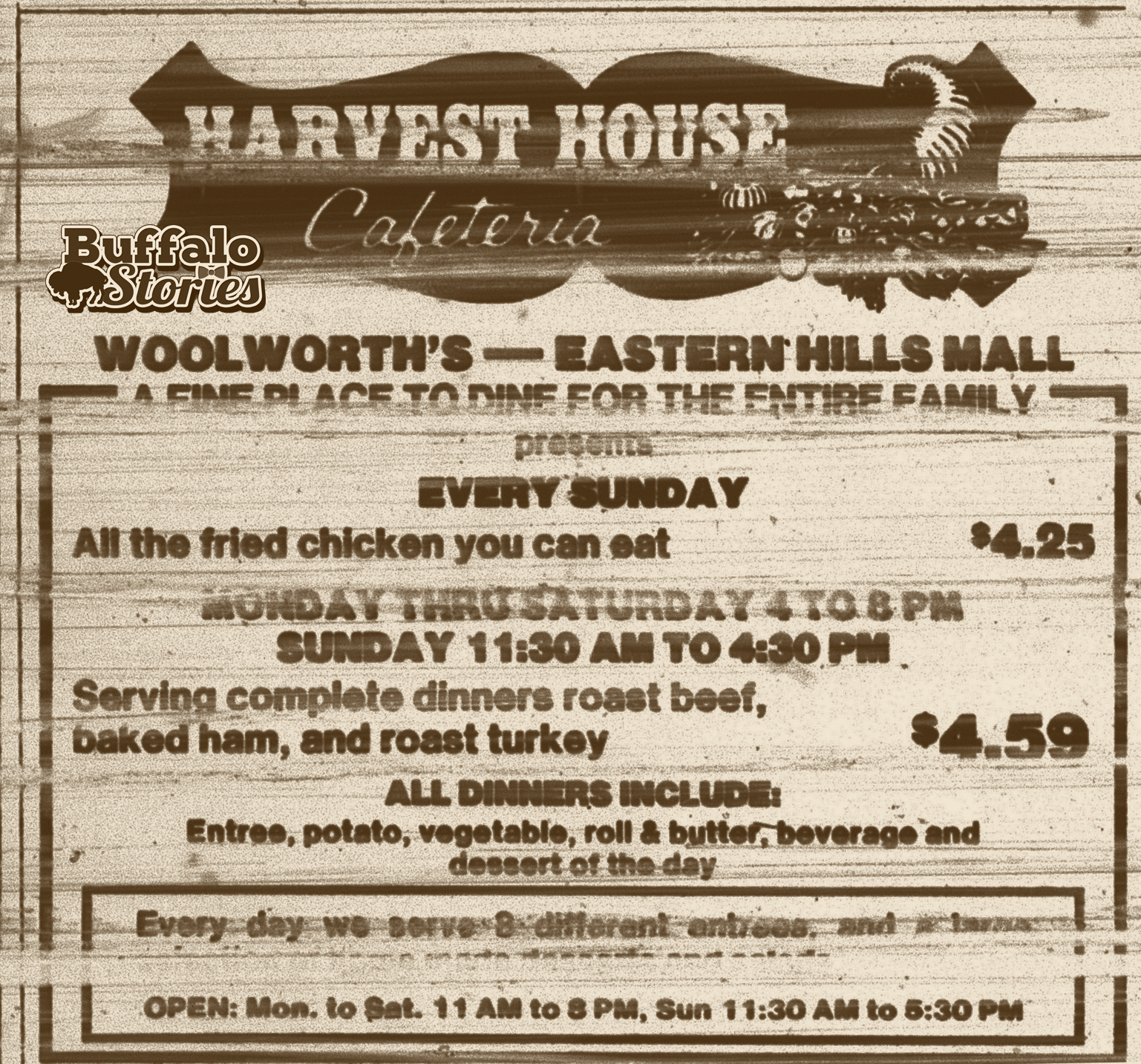 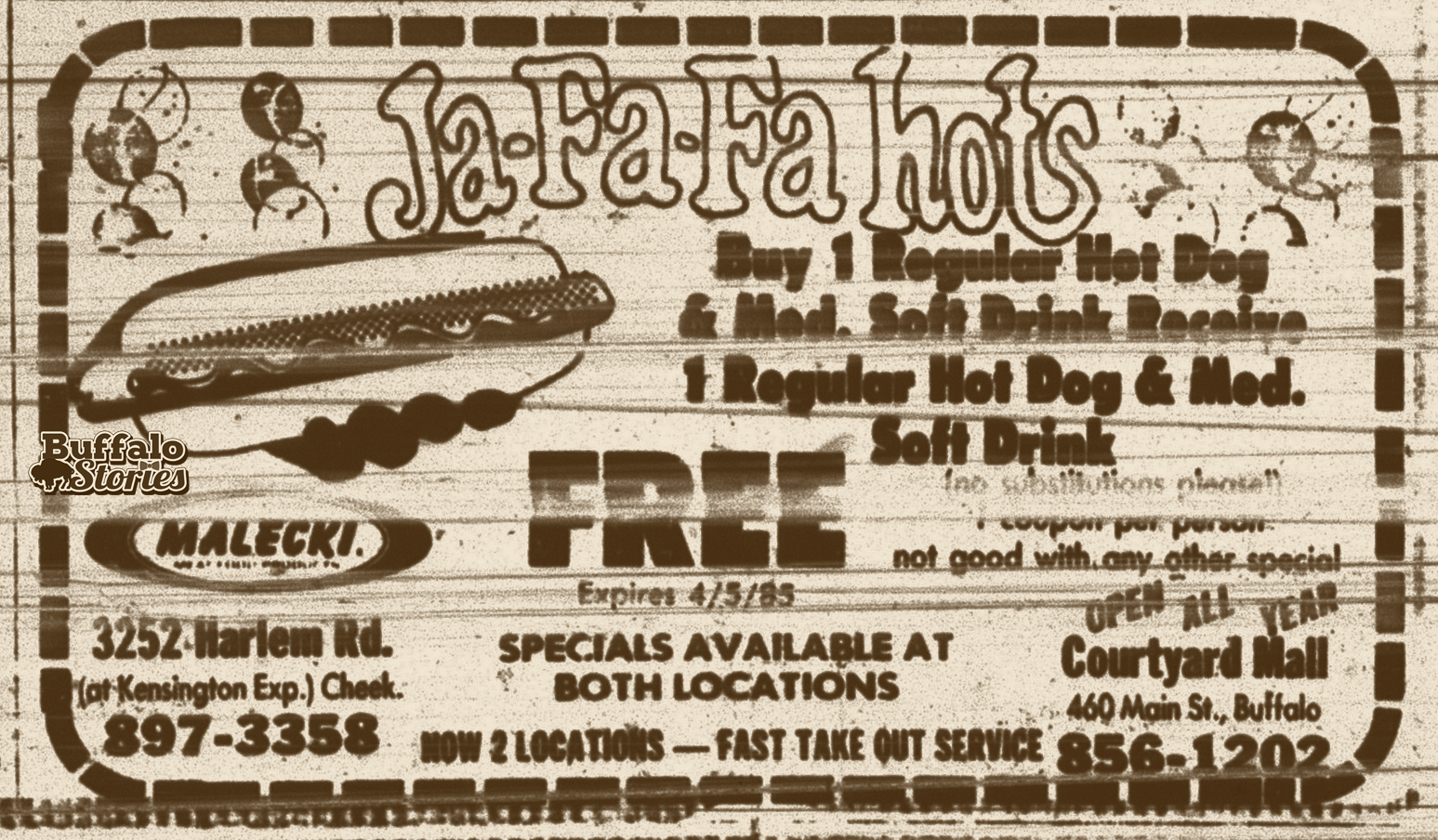 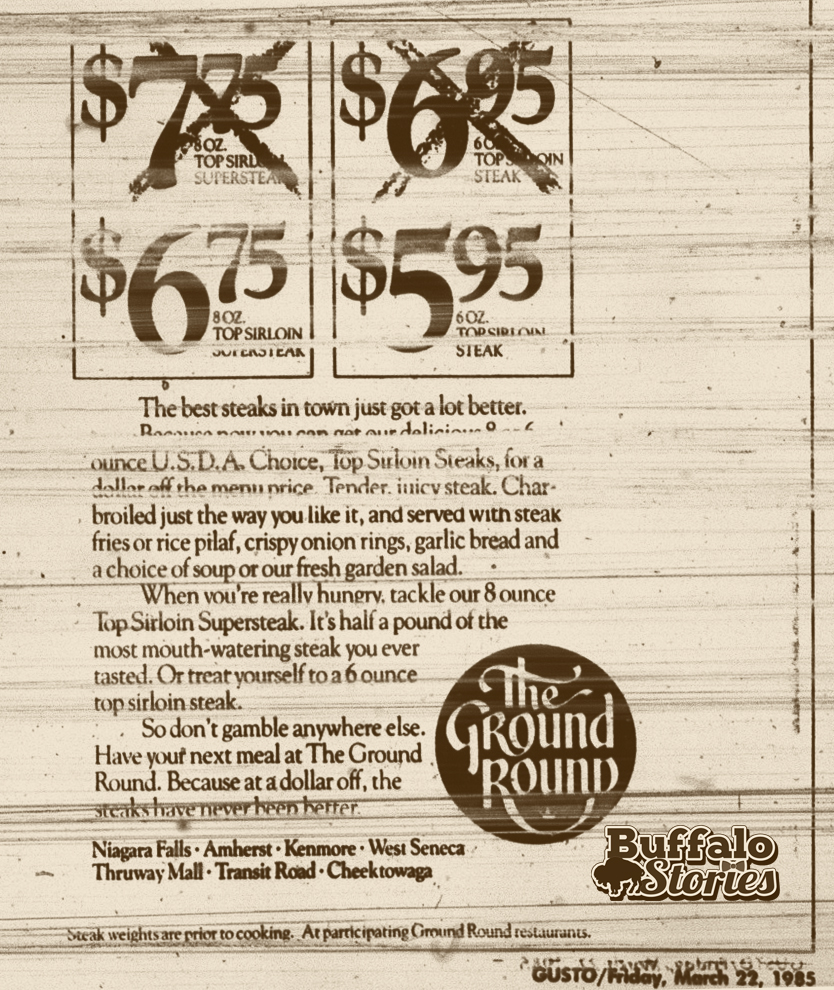