The Hamburg Fair hamburger legend is a fun story and over the last couple of decades, has become an important chapter in our local lore, but it wasn’t always that way.

In fact, when the Town of Hamburg celebrated its sesquicentennial in 1962, five days of events were planned commemorating great events that had happened in the town, and local historians crafted an in-depth, 100-page book about the town’s history, including several pages about the Erie County Fair. There was no mention of the hamburger.

The first published mention of Hamburg’s tie to the hamburger came in 1970, 85 years after the invention was supposed to have happened.

Frank and Charles Menches, the food-vending brothers to whom all of Hamburg’s hamburger dreams are tied, were good at selling food, but even better at selling their story.

Over the decades, Frank Menches told a handful of different stories about how and where he invented the hamburger through the years, while also making claims to having invented other food items like ice cream cones and Cracker Jack.

One of the many versions of Frank Menches’ hamburger invention stories says he invented the burger at the 1885 Erie County Fair, which was held from Sept. 16-18, 1885, and the town’s name was the inspiration for the name of the sandwich. But five weeks earlier, a recipe for hamburgers appeared in The Buffalo Express, as reprinted from a Philadelphia restaurant.

Whether based in fact or not, the hamburger story is now a part of the town’s history.

Hamburg should still celebrate this great, mythological story in the same way that we celebrate Santa Claus. While we all know while there might be some small kernel of truth at the heart of the St. Nick legend, most of us accept that there isn’t a fat man climbing down our chimneys to leave presents for children.

The historical existence of Santa isn’t the point of Santa, and neither should it be for the hamburger. 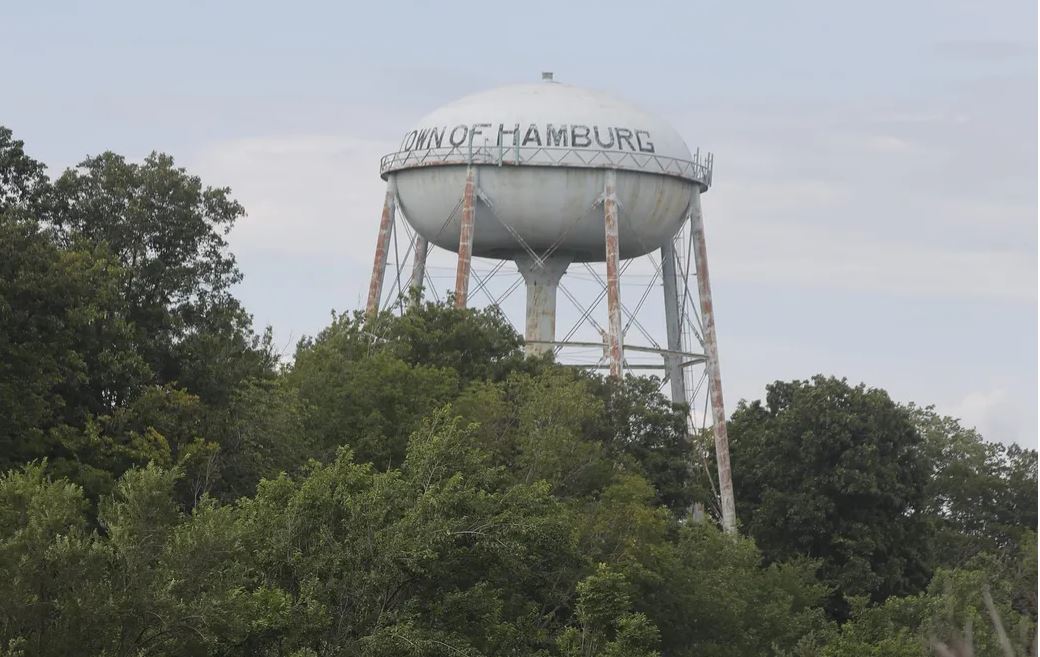