Buffalo, NY – As Mayor, Jim Griffin raised over $20,000 for local charities by sponsoring a decades’ worth of annual runs in South Park. Fast forward 20 years, and the late mayor’s name is now once again in the spotlight in the running world as his family, the Buffalo Bisons and the Alzheimer’s Association of WNY organize the “Run Jimmy Run Charity 5k.”

The race takes runners on a tour of Griffin’s vision for Buffalo, starting the bronze likeness of the mayor outside Coca Cola Field, “The House That Jimmy Built.” The course then heads to City Hall, to the Griffin-imagined Erie Basin Marina, and then back to the ball park for the homeplate finish line, a beer and a ballgame.

An optional one mile walk takes participants from the Griffin statue to City Hall and back, and makes it a family friendly event, ending with a ticket to the afternoon’s Bisons game.

Aside from celebrating the memory of Buffalo’s longest serving top executive and the game he knew would help save downtown, the proceeds will benefit a charity with close ties to the late mayor.

When Griffin was diagnosed with a rare, degenerative brain disease in the months before he died in 2008, outside of Google, his family didn’t know where to turn to learn about Creutzfeld-Jakob Disease. The Alzheimer’s Association of WNY became a support network for the Griffins, as it has thousands of other families suffering through memory loss and dementia.

The $30 cost of pre-registering for the Sunday, July, 21st race includes a ticket to the day’s 1:05 Bisons game, a commemorative baseball-sleeve t-shirt, a chip-timed bib, and a post-race party serving lunch, beer and pop.

The race starts at 10am. 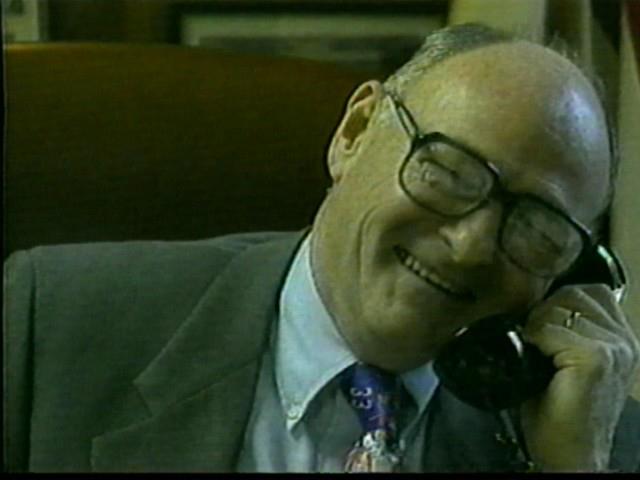 He battled with many in the media, which resulted in the media painting Jimmy Griffin as a dour, frowning guy. This is the face many knew better!

From Channel 4’s coverage of the day the infamous Mayor Jimmy Griffin/WBEN Reporter Brian Meyer scuffle inside the Mayor’s office.