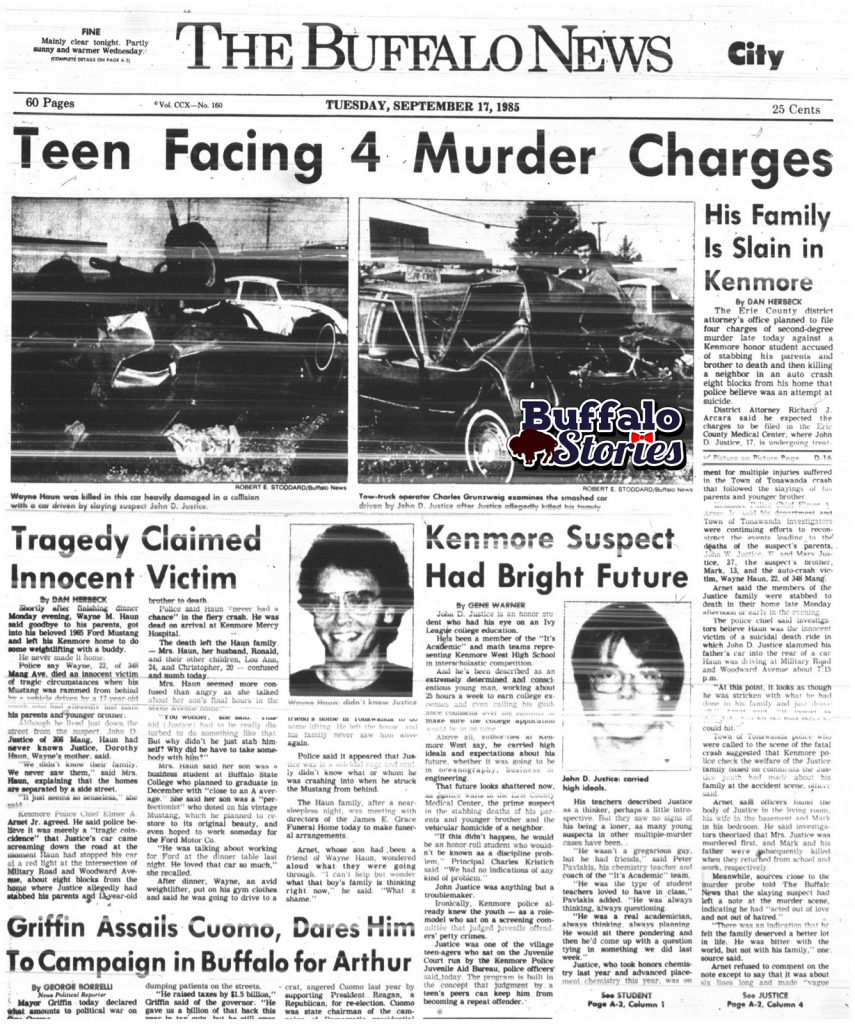 One of the most disturbing crimes in Western New York history happened 30 years ago today: Sept. 16, 1985.

John Justice killed his parents and brother in a blood bath in their Village of Kenmore home. As he sped away from the scene, he killed a 22-year-old neighbor in a fiery crash on Military Road.

In 2013, News reporter Lou Michel wrote a piece on the state Office of Mental Health beginning legal proceedings for Justice to be declared mentally unfit for release when his prison term expires in 2015.

In 2011, Steve Watson’s story about houses of infamy, sites of horrific crimes that gripped the community mentioned the fate of the Justice home.