This article was published in Living Prime Time Magazine. 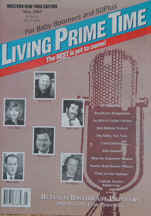 We honor the great broadcasters of the past… Those for whom we have the fondest memories, and the mere mention of their names help us hearken back to a place where time has helped to round the harsh edges. They are the faces and voices that brought us news of wars beginning and ending, plants opening and closing, people being born and dying, and, all the music and sounds associated with those events in our minds.

It’s also our mission to celebrate those in television and radio today who keep the spirit of the media alive. It takes a special person to shine above the numerous television, radio, and internet choices of this day and age, and those who shine today are tomorrow’s fond memories.

The broadcasters who bring and have brought sounds and pictures into our living rooms, into our cars, and under our pillows (when we should have been sleeping!) are really just as much a part of events as the memories themselves. The following are this year’s best of the best… The 2003 Buffalo Broadcast Pioneers Hall of Fame inductees. 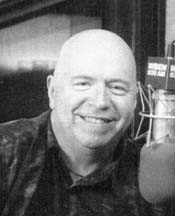 This year we honor the host of Meet the Press, NBC’s Senior Vice President and Washington Bureau Chief, and South Buffalo native Tim Russert. A lawyer by trade, the Canisius High School grad worked in the Senate and in Governor Mario Cuomo’s office before joining NBC as a producer in 1984. He joined the NBC News air staff in 1990, and has been a fixture ever since. As one of the nation’s leading political analysts, Russert has been the recipient of numerous awards and honorary degrees, and we celebrate him because through it all, he’s never forgotten the Queen City. 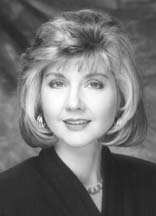 She’s the smart, beautiful, authoritative and street savvy woman all women would love to be… and all men would love to marry. Combined with the sense and skill of a good newswoman, her career as a news anchor was a homerun. Voted Buffalo’s Sexiest Woman too many years in a row to count, Carol transcended both television and news to become the unofficial Queen of Buffalo while anchoring the news on Channel 4 for 23 years. Her appeal as a newscaster and person is on many different levels…

Carol Crissey came to Buffalo from Harrisburg, PA in 1979, originally paired with John Beard at the anchor desk. Carol anchored the news at noon, 5, 6, and 11, with the likes of Beard, Bob Koop, Rich Newberg, and Kevin O’Connell until she “retired” to New Mexico last year. 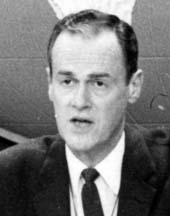 The Buffalo Broadcast Pioneers was founded in 1995, and we still have a lot of catching up to do. The Golden Age Award is reserved for the pioneers in the truest sense of the word: Those who did it first, the people who had no pattern to follow, no lead blocker. These folks blazed the trail, and set an example for future generations to follow.
Harry Webb came to Buffalo from Schenectady as a classic music announcer on the new WBEN-FM. At the same time, the Evening News was starting a television station. Webb was Channel 4’s first newscaster, when the broadcast days began at 12 noon, and involved reading the latest edition of the Buffalo Evening News to an audience of several hundred.

By the time Webb retired from newscasting in 1972, he had seen and been a part of the change of television from an avant garde indulgence of a few wealthy families to the modern global apparatus and definitive of disseminator information it is today. Webb recently passed away after several years of retirement in East Aurora.

Larry Levite spent the 1970’s moving up and down Buffalo’s radio dial breathing new life (and ratings!) into stations like WYSL, WPHD, and WEBR.

When, in 1978, federal regulations forced the Buffalo Evening News to sell off its radio and television stations, Levite formed Algonquin Broadcasting to fill the void, and purchased WBEN AM/FM. Larry continued the tradition of the News stations by bringing in top quality talent in all facets of broadcasting, and did so through the deregulation of the broadcasting industry, until selling the stations in the mid 90s. 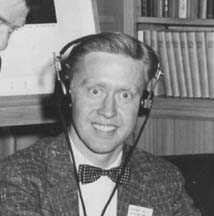 2003 Behind the Scenes Award

For nearly thirty years, Tom Whalen was the man playing the records and turning the dials for “Yours truly Buehly” on WBEN Radio. Whalen served in the Army Air Corps during World War II on the communications staff, and joined WBEN in 1947.

Soon after, he grew into Clint Buehlman’s right hand man, and remained there until Clint’s retirement in 1977. Part of the reason Buehlman’s show sounded like he was talking to each person individually, is because he was talking to Tom individually about the weather, Tom’s kids… Your AM-MC said often that Tom “was the nicest man he knew,” and it came across in Clint’s warm chats with Tom. Whalen retired in 1983 leaving a 36 year legacy as one of radio’s nice guys, making one of Buffalo’s greatest radio personalities comfortable, and thereby making you comfortable every morning.

We always welcome new members to the BBP. It’s our mission to preserve and promote Western New York’s rich TV and radio history, and to salute and bring attention to quality broadcasting of today. Membership is $25, and anyone with a passion for broadcasting can join as a member. It’s just as easy to join us in celebrating this year’s honorees. Tickets to our Hall of Fame event are available for to general public at $40 per person. Send your ticket order or membership request with payment to: The Buffalo Broadcast Pioneers; 5672 Main Street; Williamsville, New York 14221.