Thirty-five years ago this month, The News began celebrating the 100th anniversary of the paper starting a daily edition.

Cabs for hire — then drawn by horses — were the most important form of transportation in early Buffalo. Since then, it’s been an interesting ride for the taxi industry in Buffalo. 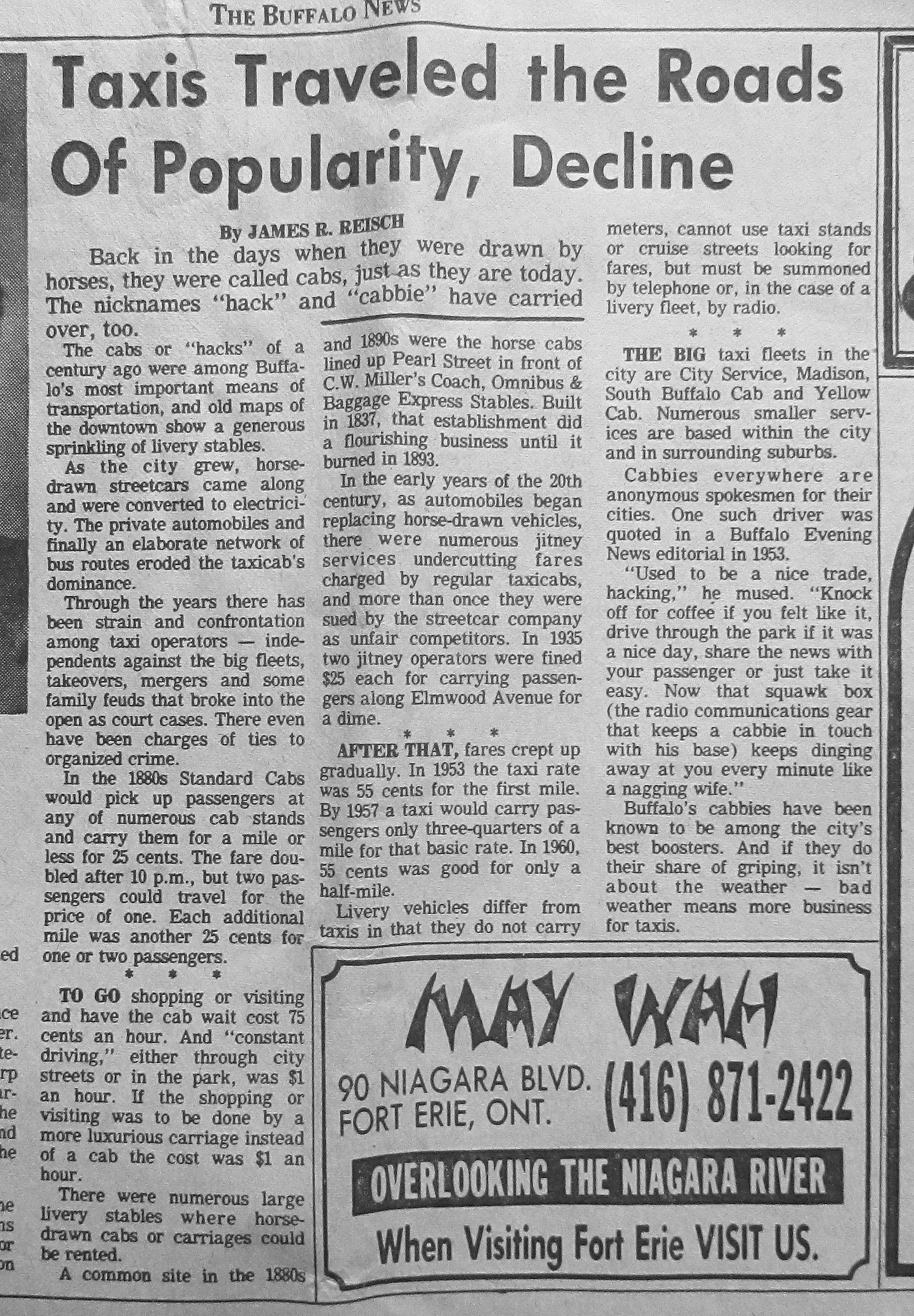