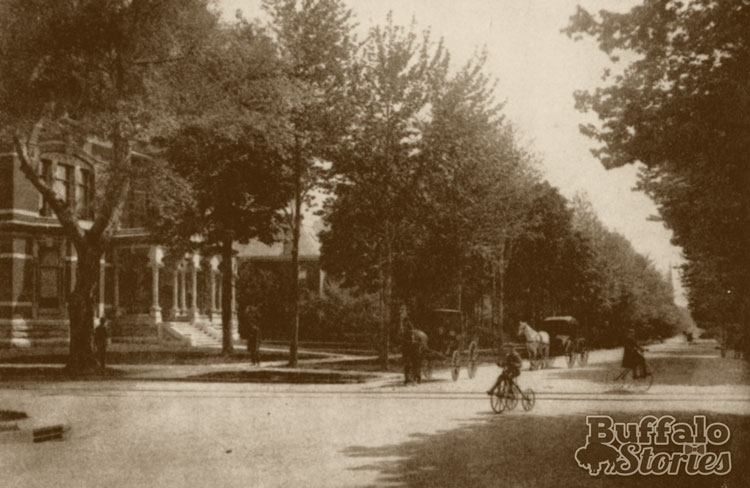 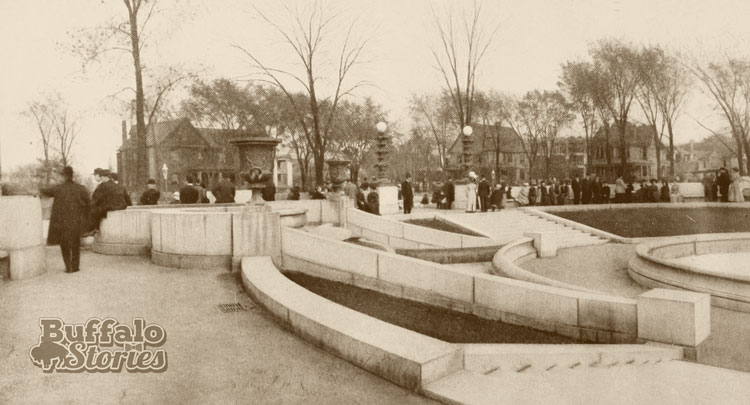 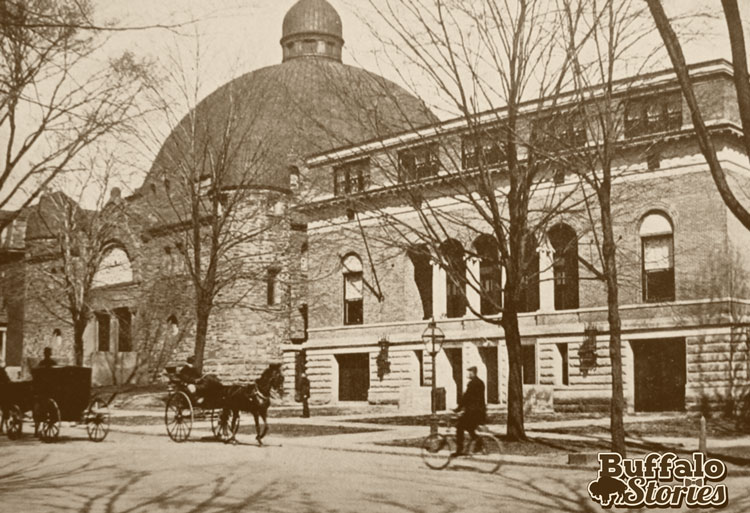 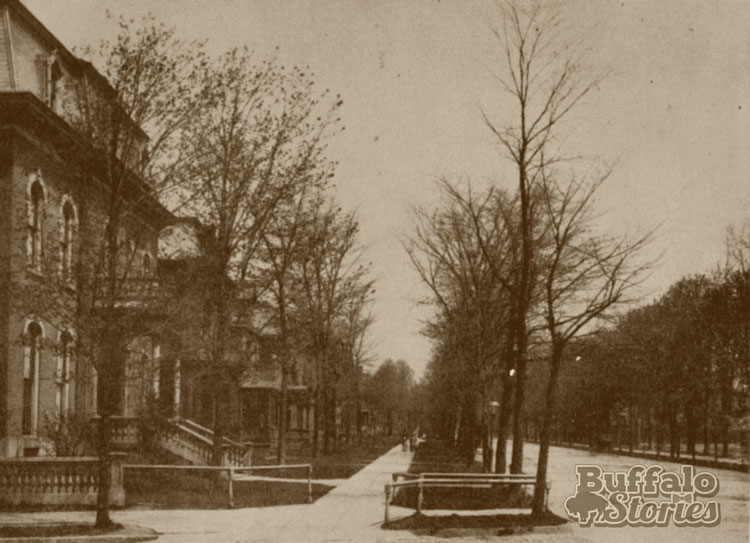 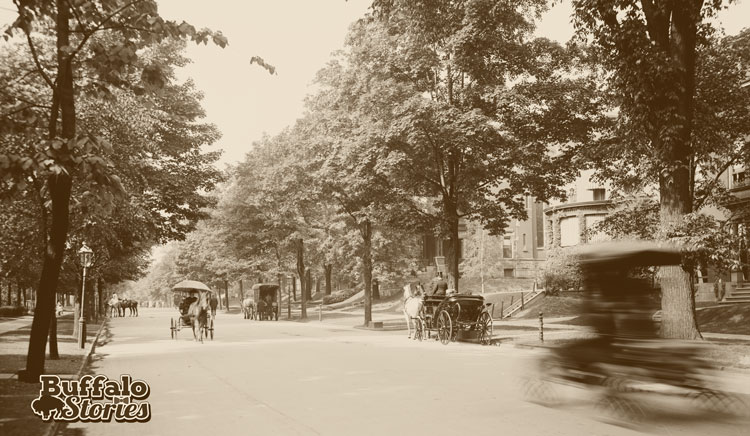 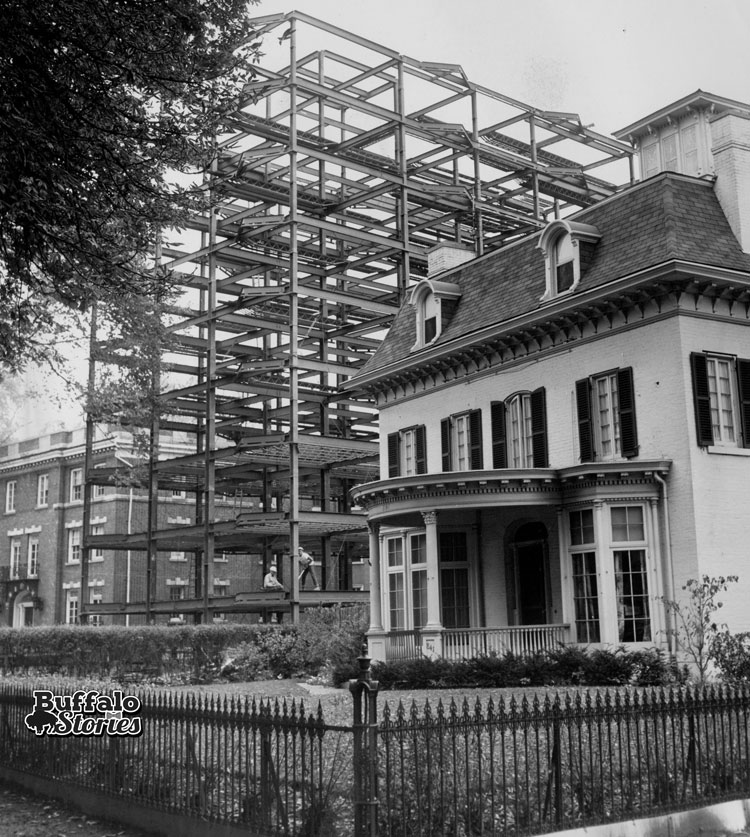 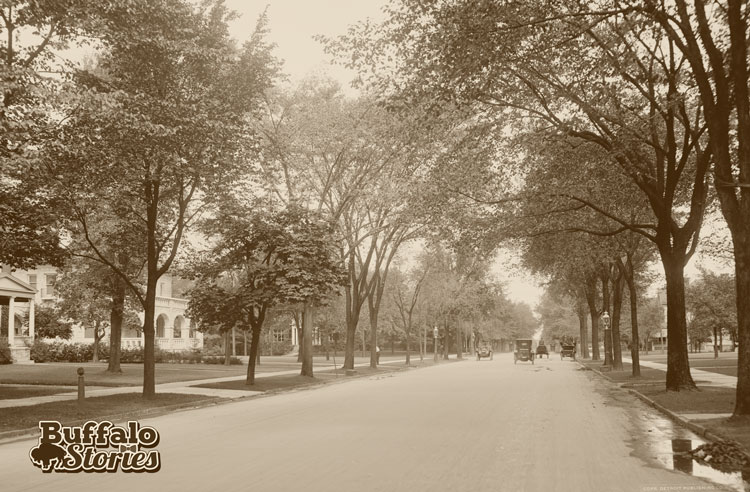 Mark Twain came to Buffalo as a swashbuckling, young writer in 1869. He bought a piece of the Buffalo Express newspaper, hoping to have a home base from which he could travel to speaking engagements and write a book about his adventures out West.

As a single man, he lived in boarding house in a space now swallowed up by Coca-Cola Field. Shortly into his 20-month stay in Buffalo, he married Olivia Langdon, the daughter of a wealthy Elmira coal magnate.

While it was Twain’s intention to continue to live the boarding-house life he had come to enjoy, it wasn’t to be. It wasn’t high society of the New England or New York City variety, but there were wealth and good people among what we’d today call Buffalo’s upper-middle class — plenty of those just like one of Buffalo’s other prominent citizens, Grover Cleveland.

Twain called what happened next “a first-class swindle.”

After marrying in Elmira, instead of returning to an action-filled neighborhood close to the canal and all that was happening in Buffalo, Twain and his bride were introduced to their new home on Buffalo’s most stylish and posh address — Delaware.

The resplendent mansion was fully furnished with the finest things and a staff of servants.  One newsboy remembers the sign tacked to the front door of 472 Delaware — “Mark Twain lives here, his father-in-law pays the rent.”

Though the home was far more elegant that what he was used to, Twain might have become more comfortable in the accoutrements of Buffalo’s (and one of the country’s) finest avenues had tragedy not struck at least three times.

His wife Olivia was heartbroken when her father — and Twain’s financial backer — died after a long illness. One of Olivia’s close friends became ill while visiting her in Buffalo and died in the house. Then after the premature birth and death of their first child, the couple moved to Elmira, then to the family’s longtime home in Hartford, Conn.

The home remained a residence until it became the office of Dr. Alfred Bayliss in 1905. In 1956, after the brick had been painted white and the building was chopped up into apartments and offices, owners submitted a plan to take down the house and replace it with a $150,000 office building.

Roland Benzow, an attorney who had also served on Buffalo’s Common Council, proposed an effort to buy the building and turn it into a Twain manuscript museum.

The Buffalo Mark Twain Society, headed by Benzow, had several ideas and offers over the next handful of years trying to save the landmark — but flames of a never-determined origin sealed the structure’s fate.

When a three-alarm blaze broke out in the house on Feb. 7, 1963, newspaper headlines blared that the Mark Twain House was “saved from flames” in a “close call,” but after seven years of effort  to raise money to save the house, Buffalo’s Twain mansion was torn down. The site became a parking lot for the Cloister restaurant, which opened in the home’s still-intact carriage house and a small structure built after the fire where the carriage house once connected to the main house. After the Cloister closed, the building was home to Buffalo Business First in 1989.

Buffalo Business First moved downtown, the 1960s building was taken down in 2012, and a new $4.5 million mixed-use building named “Twain Tower” was built on the site. The home’s original carriage house still stands.