Twenty years ago this week, May 13, 1995, plans were in the works to bring two of today’s most popular department stores to suburban Buffalo for the first time.

Target announced it was developing the former Grossman’s Lumber site as Erie County’s first Target store. While this piece carries no other official announcements, it did mention the possibility of the building of Target and Kohl’s stores in Orchard Park, as well as Target stores in North Buffalo and Cheektowaga.

Each of these stores were built and eventually opened.

“Former Grossman’s store on Niagara Falls Blvd. to be razed for new building” 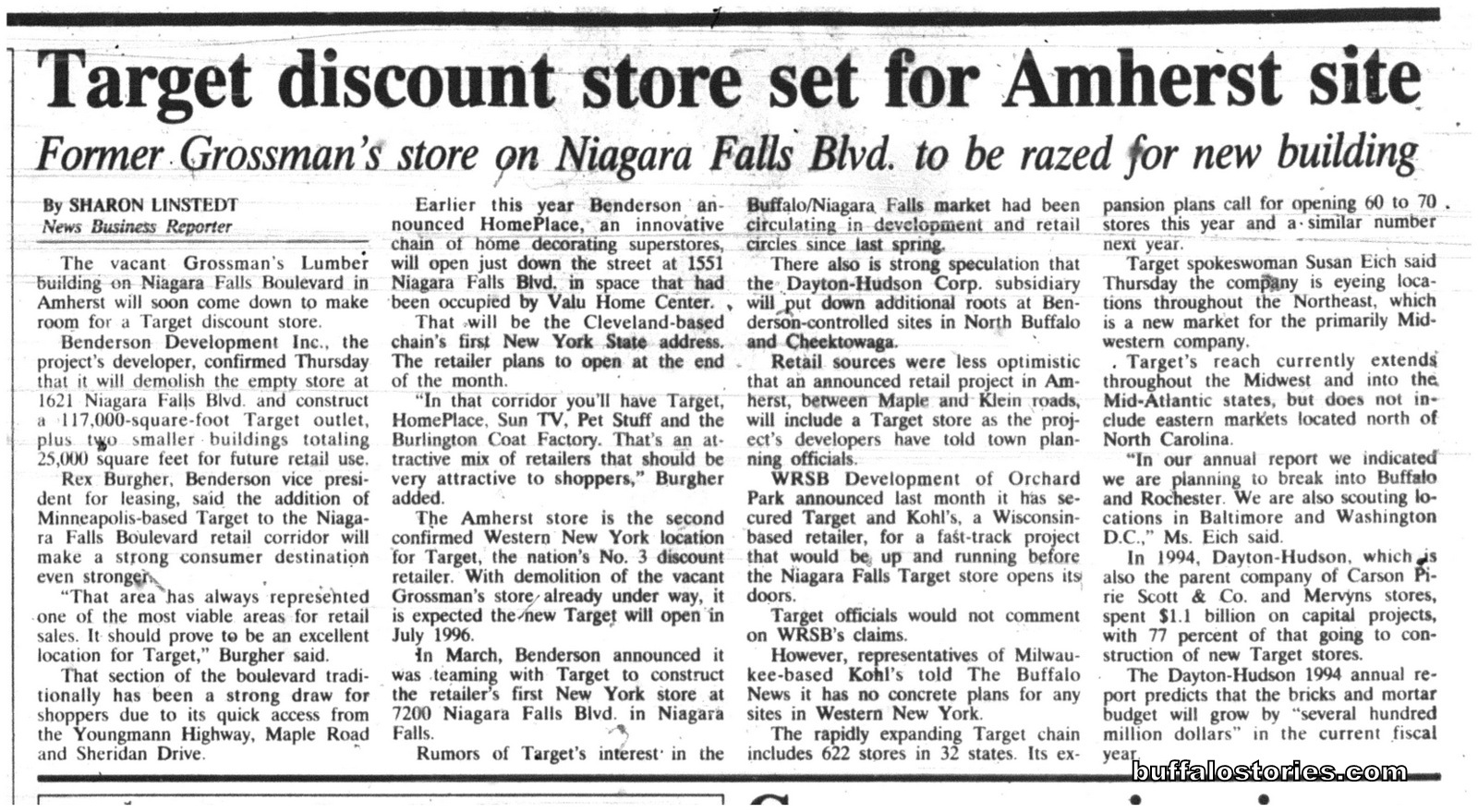