To most Americans, the thought of a man flying around with a rocket pack on his back seems like something from 1960s science fiction.

The people of Buffalo, however, are more likely to remember the Bell Rocket Belt as science fact.

Throughout the mid-’60s, Wheatfield-based Bell Aerospace took dozens of opportunities to show off the hydrogen peroxide-powered device that the company was initially developing for the U.S. Army.

In October 1965, Bell engineers took the belt pack into downtown Buffalo, and News cameras were there to capture the flight in front of the Rand Building and around Lafayette Square. 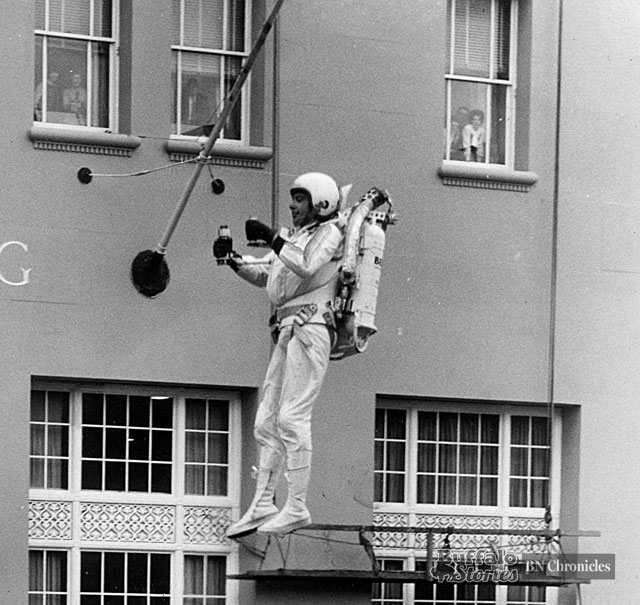 Office workers looked out the windows in amazement, while folks outside on the sidewalk — including a police officer and women in headscarves — took in the flight with a combination of awe and distress over the noise the rocket pack made during flight. 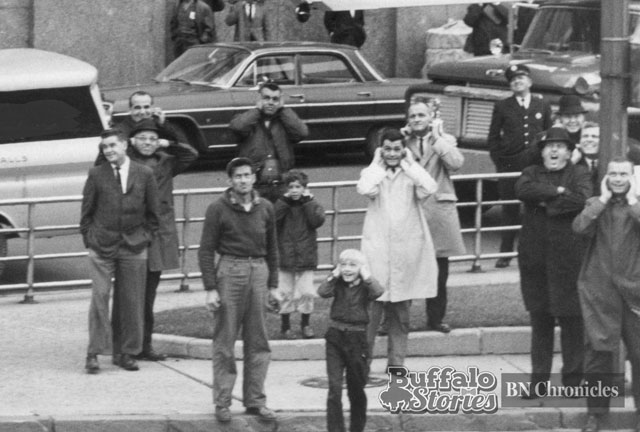 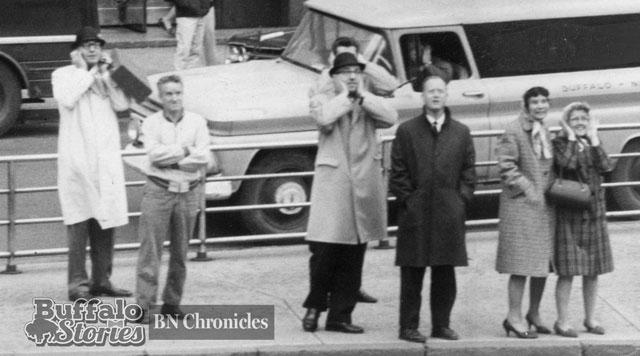 The Bell Rocket Belt worked — but it was limited by two key drawbacks. One, flights couldn’t last longer than 21 seconds, and two, there was no way to land safely if the device failed mid-flight.

In the end, military brass tagged the Bell Rocket Belt as “spectacular toy” more than an efficient transportation device, and development was scuttled.