It was 30 years ago this month that the Walden Galleria opened. The date also marked an acceleration of the final decline of a handful of Western New York’s long-standing retail areas including a handful of older, smaller shopping malls and shopping on Main Street downtown.

Buffalo’s longtime local retail giants, such as AM&A’s, Sibley’s/Hengerer’s, the Sample, and LL Berger pulled out of other venues and paid much higher rents at the Galleria. Within three years, AM&A’s was the last local retail giant still standing. When AM&A’s closed in 1995, it also marked the end of the department store era on Main Street downtown.

These photos are from October 1990, with the mall’s future uncertain. After several years as little more than an indoor track for mall walkers, Seneca Mall closed in 1994. The mall buildings were demolished, and Tops Markets and Kmart opened on the site. The Kmart store closed in early 2019.

Through the 1970s and 1980s, The Ground Round was a popular casual dining spot with locations at

Seneca and Thruway Malls and on Niagara Falls Boulevard. Created by Howard Johnson’s, it may have been the first place you threw peanut shells on the floor and kids ate for a penny a pound on Tuesday and Thursday nights.

Buffalo’s first Ground Round opened outside the Seneca Mall in 1971.  “The Ground Round,” explained General Manager Burton Sack, “is a fun-type family restaurant featuring a player piano, nostalgic wall decorations from the ’20s, ’30s and ’40s, free peanuts on all tables, beer by the mug and pitcher, and free toys and games for the youngsters.”

Five years later, The Howard Johnson’s restaurant at Sheridan and Delaware in Tonawanda was converted into a Ground Round, as was the Cross Bow Restaurant on Sheridan Drive in Amherst.

In 1989, there were 215 Ground Round restaurants in 22 states– six in the Buffalo area. Those local stores were located at 3545 Delaware Ave. in Tonawanda; 208 Seneca Mall in West Seneca; 8529 Niagara Falls Blvd. in Niagara Falls; Thruway Mall and 1445 French Road, both in Cheektowaga; and 3180 Sheridan Drive and 7566 Transit Road, both in Amherst.

The Seneca Mall location was the first to open and the first to be closed– and then bulldozed– as the Seneca Mall was demolished starting in 1994. By the end of the year, half of the  remaining stores were sold to become the home of Kenny Rogers Roasters chicken restaurants.

Here’s a look at the building boom in West Seneca just off Thruway exit 55 in 1968. 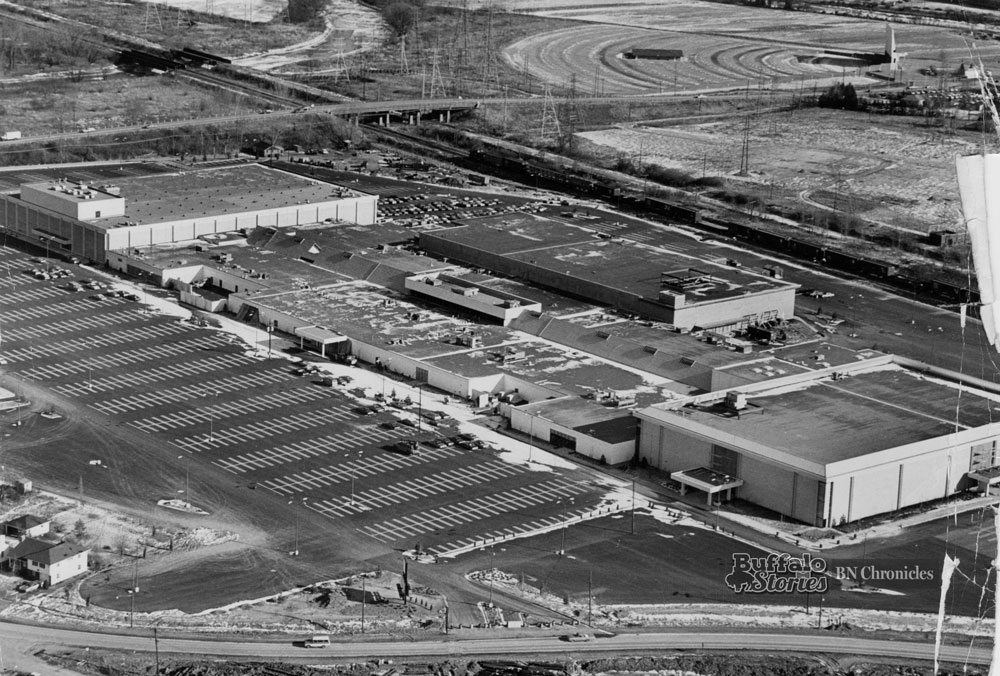 This is the 51-acre Seneca Mall site about three months before the first stores opened in the spring of 1969. The 53-store project was one of the largest development projects started in Western New York in 1968.

Among the main tenants of the mall were the William Hengerer Company and JC Penney. 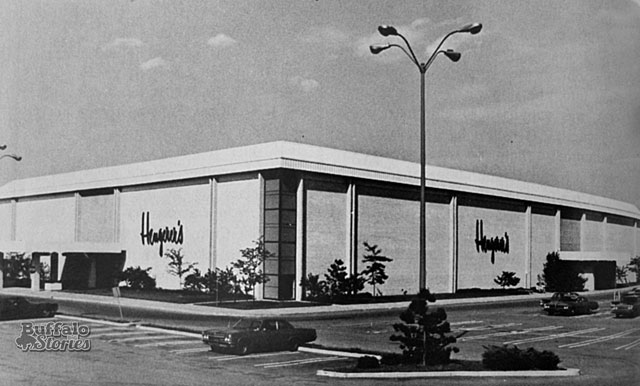 Hengerer’s was in the spot to the right in the overhead photo closer to Ridge Road, and Penney’s was on the other end closer to Orchard Park Road.

Across Orchard Park Road and over the bridge was the Blatt Brothers’ Park Drive-In. 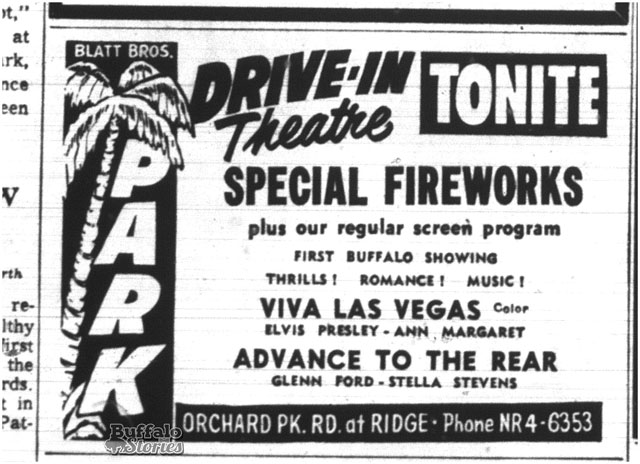 The Park Drive-In was taken down in 1988 and work began on a $6 million medical park currently on the site. It took several years to tear down the abandoned Seneca Mall, with most of the work done in 1994. Tops Markets and Kmart now fill part of the mall’s footprint. The grass field at the top left of the overhead photo is now the site of Wegmans.